WEDNESDAY---THIS STORY IS IN ANTICIPATION OF THE PUBLIC SEEING THE V.O. DOBBINS RENOVATIONS ON WEDNESDAY, OCTOBER 14, 2009 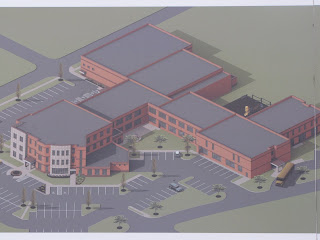 When finished, the renovated V.O. Dobbins Sr. Community Center will be home to most of Kingsport's non-profit agencies. Once finished and and all the offices are filled, Early estimates put the cost of the entire construction project at close to $8.4 million dollars. When finished, Kingsport will display a milestone no other Tennessee can boast.. the city will be the only municipality in the entire state of Tennessee, that houses all or most of its non-profit agencies under one roof, serving as a convenience to customers, patients, clients and visitors alike.

From the start, renovation and construction designers have stressed the importance of the building having a business-look side, an athletic-look side, a school-look side, and a neighborhood-look side. Those are detailed below: 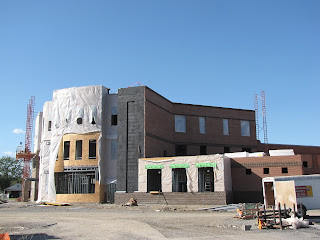 To see pictures of the business side under construction, please click The Business Side of the New V.O. Dobbins Sr. Community Center.

The new construction consists of a three-story tower in the spot where the former Douglass School Auditorium once stood. The tower has a front-door entrance that faces Wheatley Street, but connects to the old building through a door that leads to the Douglass Community Room. All of the non-profit agencies above will have their offices on the floors of the new tower, with small desk spaces, conference rooms, treatment rooms, etc. 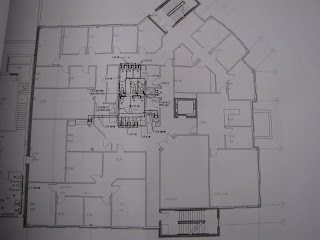 So far, the list of non-profit agencies signed up to have offices in the new tower are: 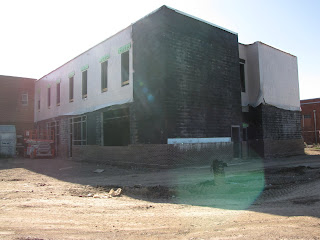 To see pictures of the School Side under construction, please click The School Side of the New V.O. Dobbins Sr. Community Center.

Other new construction is the building of a new classroom wing, for Headstart classes. Headstart is the government education program for pre-school children, operated by the Upper East Tennessee Human Development Agency, Incorporated, whose main office is in the V.O. Dobbins Sr. Community Center. The program serves Carter, Greene, Hancock, Hawkins, Johnson, Sullivan, Washington and Unicoi Counties from the office in the V.O. Dobbins Community Center. Over 1,000 children are enrolled in Headstart in Upper East Tennessee. Headstart moved into the abandoned Douglass High School building shortly after the school closed in 1966, and has been a continuous tenant ever since. 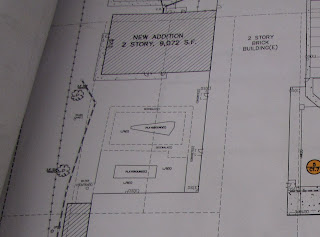 All of the classrooms for the Kingsport Headstart program will now be located on the backside of the building, facing Wheatley Street with their own, guarded entrance. New classrooms were necessary when some of the classes were moved out of the rooms in the front wing, between the Center's gymnasium and the old auditorium. Headstart classes are currently being held in the old Dickson School building while the new classrooms are being built, and the old classrooms are being renovated. Of the 67 Headstart classrooms in Upper East Tennessee, the largest number of them (5) are housed in the V.O. Dobbins Community Center, with 280 children, the largest number of kids in one location. The new classrooms allow an expansion of the program to reach more pre-schoolers. 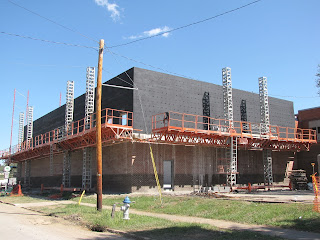 Final new construction, is the building of an additional gymnasium, right beside the old Douglass gym. The location is just off Louis Street, and will also include seating for city-wide tournaments and national A.A.U. tournaments, leased out by Kingsport Parks and Recreation. The new construction on this wing also includes complete renovation of the wooden floor in the old gym floor, the removal of the bleachers in the old gym on the Louis Street side, and the filling-in of the former locker rooms underneath those old bleachers. 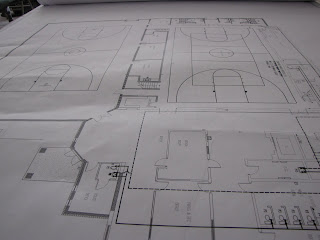 Also, new construction includes an office for Parks and Rec, a Kingsport Police Department substation, a community room and offices for the Kingsport Housing and Redevelopment Authority for the new HOPE VI Development. Small, outside, fire escape doors are provided, and the main entrance will be through a newly-designed front door, where the current one is now facing Louis Street. There's also entrances into the old gym and the new gym on the ballfield side. 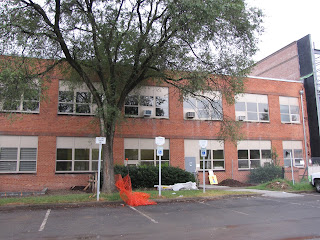 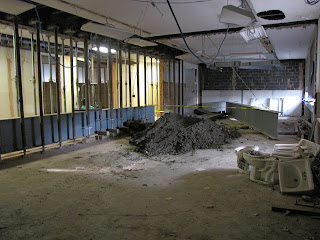 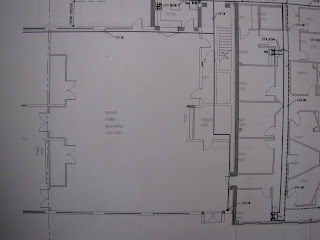 Included in the Douglass Community Room will be custom-designed trophy cases displaying the individual sports trophies earned by athletes of the former Douglass High School, and also display cases for Douglass School and Riverview neighborhood memorabilia. There is a little kitchen area with a microwave, refrigerator, and cabinet storage space for food preparation for the Community Room. The Douglass Community Room also has a separate entrance beside the 3-story tower on the Louis Street side, but connects through one door to the tower so that the non-profit agencies can use the large Community Room for board meetings, etc.,, and on the other end, there is a door to the UETHDA receptionist desk on the way to the gymnasiums. 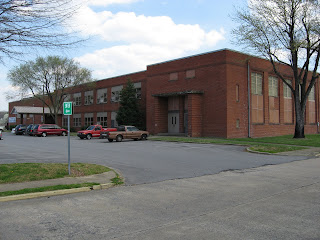 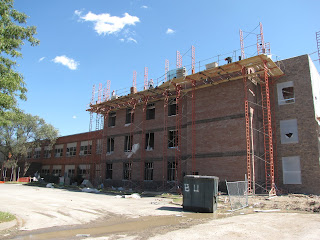 Scheduled construction completion time is July, 2010. Move-in dates for all the non-profit agencies have not been announced yet
Posted by douglassriverview at 8:17 PM