TUESDAY---THIS STORY IS IN ANTICIPATION OF THE STEEL BEAM-RAISING CEREMONY AT 3 PM, OCTOBER 14TH

Whenever you see an American Flag hanging from the top of a construction crane, it a symbol of American ingenuity at its best. It also calls attention to the structure itself. 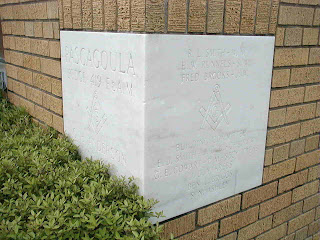 For the same reason, when a cornerstone is place in a new building with items of the times placed inside, it's considered a representation of times gone by when it is opened in 100 years. 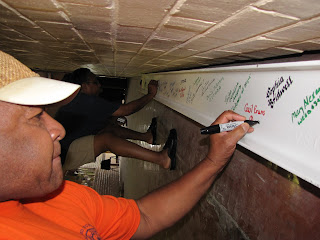 And when you sign your name on a steel beam to be hung in a major construction project, it's considered to be adding your name to history.. history is being made, and by signing your name on the beam, you're part of it.

That is what makes the beam signing for one of the steel crossbars in the renovated V.O. Dobbins Jr. Community Center so significant.

To see all the names of folks who have signed the beam so far, please click Steel Beam Signing at Dobbins/Douglass

"This beam with all the names on it will go up in the new gymnasium," says Assistant City Manager Chris McCartt. "The construction on the community center itself has been in a circular-type motion, with the 3-story tower up first, then the two-story Headstart classrooms, and lastly, the gymnasium rounding out new construction on the building. In between that, work on the Douglass Community Room has begun, the walls have come down, steel girders are put in to stabilize the outside walls, plus the old gym is being renovated." 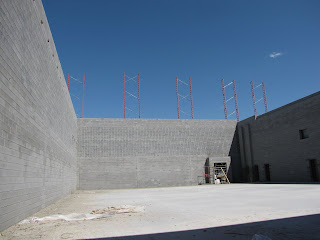 "The very last thing to be installed, will be that steel beam with all the names on it."

"Any public project of this stature deserves some sort of ceremony, signifying the end of new construction," says McCartt. "It means a winding-down of the project, you're over the halfway hump, and you're sliding down the backside towards completion. The beam-signing ceremonies I have been to, are opportunities to celebrate a project, nearby residents come together with the construction crews who have been their neighbors for several months." 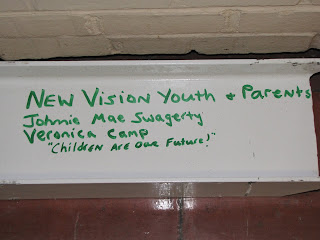 "It's really been inspirational, some of the signings," he says. "Many people have dedicated a signing in memory of a loved one, others have remember fellow classmates at Douglass, and then folks who have no historic connection to Douglass, have also signed their names, so they can be a part of history. That's what makes the final hoisting of the steel beam in place so significant." 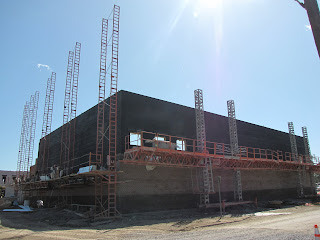 The raising of the last beam, the signed one, will be at 3 PM on Wednesday, October 14, 2009 at the site of the new gymnasium on Louis Street. The hoisting ceremony comes immediately after, and across the street, from the groundbreaking for the HOPE VI homes on the site of the Historic Riverview Apartments.

All Douglass Alumni and the entire Riverview-South Central Kingsport Community are invited to join city planners, Kingsport business leaders and the city's non-profit agencies for this historic event.
Posted by douglassriverview at 12:19 AM