Structures are expected to go up by the first of the year with all of the houses done by December 2010. 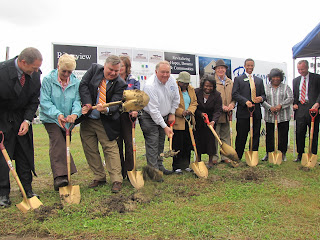 KINGSPORT — Kingsport celebrated two milestones Wednesday afternoon in the multi-million redevelopment project in the Riverview community: a groundbreaking for the new rental houses to be built in Riverview and a beam-signing ceremony for the V.O. Dobbins Community Center expansion. 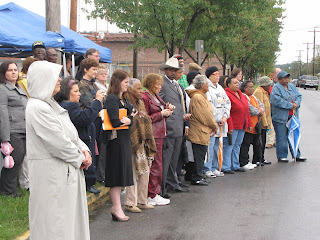 More than 40 people with ties to the Riverview community attended the two events on Wednesday, despite cold and rainy weather, and watched as dirt was turned on the old Riverview Apartments site. Many of the attendees then walked the short distance to V.O. Dobbins and signed the final beam of the renovation project.
Three years ago the city received $11.9 million in federal HOPE VI revitalization funds and has since worked to use those funds to transform two distressed neighborhoods. Phase one of the $30 million project replaced 29 houses along Sherwood and Hiwassee with 24 new, affordable homes. 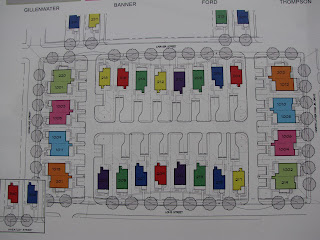 Phase two, which was officially kicked off on Wednesday, calls for 32 similar houses to be built on the old Riverview Apartments site, with six additional houses built in the Riverview community. 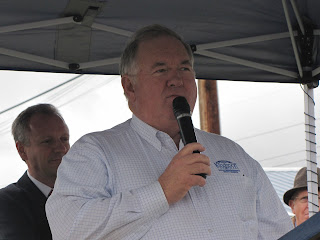 “Of the things this Board of Mayor and Aldermen have done, this is one project that we have been most proud of,” said Mayor Dennis Phillips. “To see the community come together and say we’re not going to let things happen anymore ... and to get people in modern day housing is something we can all be proud of. There’s no reason for people to live in primitive conditions today.”
The Kingsport Housing and Redevelopment Authority has signed with Armstrong Construction to build the Riverview homes, with grading expected to begin within the week. Structures are expected to go up by the first of the year with all of the houses done by December 2010.
“We’ve not just done what was expected of us. We’ve gone beyond that and set ourselves up well,” said City Manager John Campbell. “I’m glad were finally at this stage. It gives us great hope for the future.” 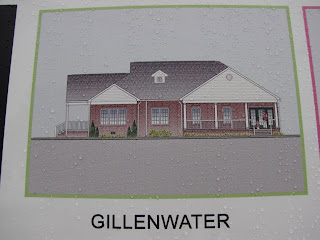 All of the houses will be about 1,500 square feet in size and look like the ones built along Sherwood and Hiwassee. Most will be single-family houses (three bedroom, three bath) while eight will be duplexes (two bedroom, two bath).
Total cost of phase two is approximately $8.5 million, which includes construction, architectural and engineering fees, legal costs and environmental work. A breakdown of where the money came from is $4 million in HOPE VI dollars, $4 million in low-income housing tax credit dollars from the Tennessee Housing Development Association, and a $380,000 federal home loan bank grant. 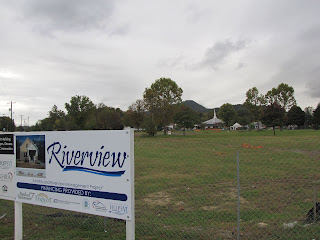 The new Riverview houses will be rental units through the KHRA, and under the credit program the houses will have to remain rental units for 20 years. Potential renters will have to meet certain qualifications (joining the community supportive service program and be in school or employed 30 hours a week) and the rent will be based on an income formula.
As with the Sherwood/Hiwassee houses, the KHRA is first offering the new houses to displaced Riverview residents, then to residents living in other housing developments or Section 8 housing, then city and county employees, and finally the general public. 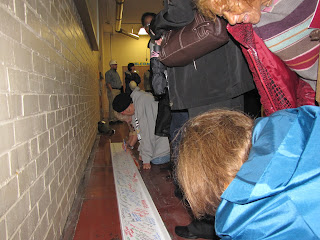 The second event on Wednesday was the beam-signing ceremony, a traditional phase of a construction project, marking the last beam to be put in place on the $5.9 million V.O. Dobbins Community Center renovation and expansion project, said Chris McCartt, assistant to the city manager.
More than 100 people from the community and around the country who had ties to Riverview and Douglass High School have signed the final beam, McCartt said.

To take a quick tour of some of the areas inside the V.O. Dobbins Sr. building construction, click on Quick Tour of the Dobbins Center Renovations. Watch for a video tour of the building, led by the renovation's chief architect, Dineen West, in a few days. 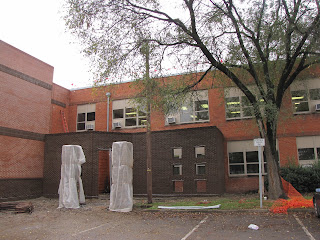 The V.O. Dobbins Center is a city-owned community center located between Louis and Wheatley streets in Riverview. The building served as Kingsport’s “blacks only” school from 1951 to 1966 and was named Douglass High School.
Kingsport is working to renovate 46,000 square feet of the facility and add 50,000 square feet of new space including another gymnasium and a new 28,000-square-foot, three-story nonprofit wing. In August, the city expanded the project with an 8,900-square-foot community area to the facility, to be located on the ball field side of the building between the two gymnasiums. 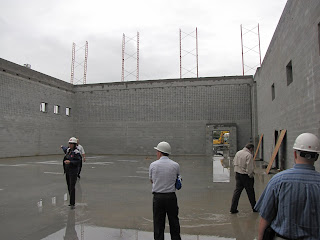 This $1 million community area is a requirement of the HOPE VI grant and would be paid back with Community Development Block Grant funds over a 20-year period.
McCartt said the nonprofit wing, the educational wing and the new gym are all under construction with the nonprofit wing being the furthest along. Ground has not been broken on the community area. 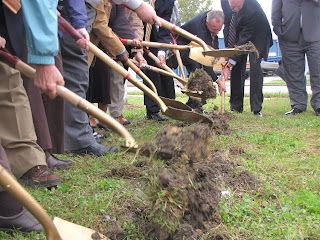 McCartt said the renovation project should still be done by July 2010; the community area is scheduled to be done in about a year.

AGAIN, WATCH FOR A VIDEO TOUR SOON OF THE RENOVATION GOING ON AT THE V.O. DOBBINS SR. CENTER, PLUS A STORY ON THE RIVERVIEW COMMUNITY MEETING ON ARTWORK.
Posted by douglassriverview at 11:26 AM