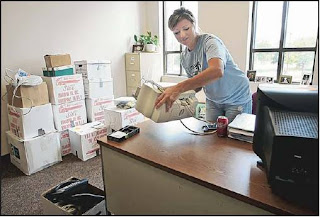 Erica Yoon —eyoon@timesnews.net
Jill Salyers, director of Community Assessment and Planning for United Way of Greater Kingsport, moved into her new office at the V.O. Dobbins Sr. Complex last week. United Way is one of several non-profits sharing the addition to the city building.


It was moving day last week for several non-profit organizations relocating to the new V.O. Dobbins Complex. Other non-profits have keys to their new office space, but aren’t moving until this week.
“The movers were at our place at 7 this morning, at our old office, and we started loading up and ... have most of our stuff here today,” Doris Bush said last Wednesday. Bush, executive director of United Way of Greater Kingsport, was helping her staff move to the second floor of the new non-profit wing from their old location on North Eastman Road. 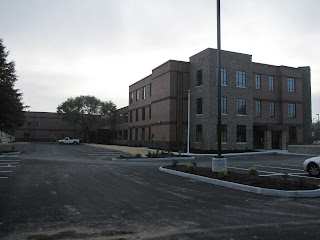 The V.O. Dobbins Complex is a city-owned community center located between Louis and Wheatley streets in Riverview. The building, which served as Douglass High School from 1951 to 1966, is the recipient of a multimillion dollar renovation and expansion. Kingsport began renovating the facility more than a year ago, adding 50,000 square feet of new space, including another gymnasium, and the new 28,000-square-foot, three-story non-profit wing. The new gym features a regulation sized basketball court and doubles as space for two volleyball courts. 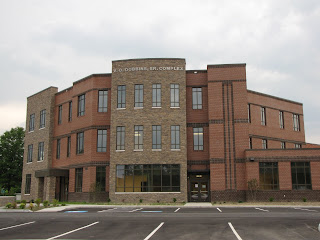 The new nonprofit wing stands on the site of the old auditorium and houses the Neighborhood Service Center of UETHDA and Mountain Region Speech and Hearing on the first floor, the United Way on the second floor, and, on the third floor, the ALS Association Tennessee Chapter, Susan G. Komen for the Cure Tri-Cities, the Palmer Center, Kingsport Tomorrow, the American Legion and the Tri-Cities office of Big Brothers/Big Sisters of East Tennessee.
“It is really wonderful,” Bush said of the new space for her staff. “For one thing, we had input into the design of it, so we were able to make it very efficient in terms of the amount of space we needed — not more, not less. ...
“The synergy that is here and having a number of us located together, we can work together on things and if folks come in and need assistance, there are a number of us who will be able to help people, and that’s one of the most exciting things,” Bush said. “I think this partnership with the city ... shows that our human services organizations, our non-profits, are valued.”
The United Way can be reached at 378-3409. 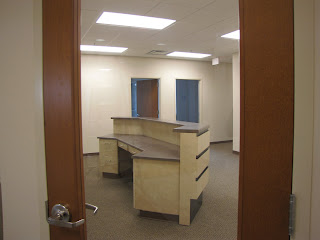 The American Legion Hammond Post 3 and its Veterans Service office has its second new office in just a few years, but Commander Gerald Cardwell isn’t complaining. Last Wednesday was also moving day for the post.
“It’s going to be much nicer, of course,” Cardwell said. “One thing we missed at the Civic Auditorium was privacy. ... When we interview clients, we need privacy. We’re going to enjoy that there.”
The former post home, located on Legion Drive in Kingsport, was built in the mid-1950s. The home was sold to the Kingsport City School system in 2008 and an interim office was set up in the West Room of the Civic Auditorium. The post’s one staff member in its Veterans Services office will be available from 9 a.m. to 1 p.m. daily except on federal holidays. The American Legion phone number is 246-6991. The Veterans Service voice and fax number is 246-1545. 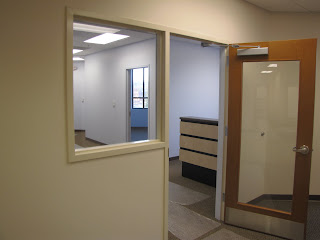 Kingsport Tomorrow moved from its 18-year home on Commerce Street to its new office on the third floor in mid-July, but there are still boxes to be unpacked.
“We still have lots of boxes sitting around. We’re fortunate that there’s a grant that all of us shared in proportion, depending on our space, and we were able to divide that and get some new furniture. Our new furniture has not arrived yet, but in about a month we should all be looking pretty sharp over here,” said Kingsport Tomorrow Executive Director Susan LaGuardia.
Though Kingsport Tomorrow staff has slightly less space than they had downtown, it feels like more because of the design, La-Guardia said, and, they have lots of storage space. 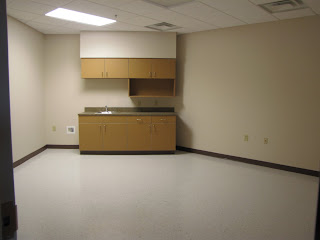 “Even though we have less space in our suite, there’s common space that we can share. There’s a break room with tables for lunch, a refrigerator and microwave on each floor. On the second floor, there’s a very nice, large conference room that belongs to the city, but we can schedule larger meetings there. Our full board can meet in that room. There will be technology in there — a projector and TV screen, all that good IT stuff. That will be very nice, and I know the city will use that when they have need of that, too.
“Within our suite, we have an office that can be used for a start-up project, an incubation like we’ve done many times in the past,” she said. “We built that specifically. It’s very bright, and I have a window that I’ve never had. It’s a big window.”
To contact Kingsport Tomorrow, call 246-2017. 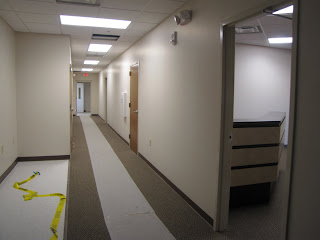 Jane Luethke, patient services coordinator for the ALS Association Tennessee Chapter moved into her new, handicapped-accessible office on July 15. Her office previously was located downtown in the Kingsport Tomorrow headquarters.
“I have my own office. I have storage space. I have a beautiful window. It’s new and clean and nice and some people have donated some furniture to me and it’s going to be fabulous,” Luethke said.
Luethke has enough room to store medical equipment used by people with ALS, and she’s looking forward to holding board meetings in the large conference room. “We do have a kick off event to get ready for our walk [to defeat ALS] and maybe in the future we will use the big room for those events,” she said.
Luethke keeps office hours from 8:30 a.m. to 5 p.m., Mondays, Tuesdays and Thursdays. She can be reached by phone at 224-2357.
Making the move soon will be the staff of four from the Tri-Cities office of Big Brothers/Big Sisters of East Tennessee.
“We’ll be moving on Aug. 9. with help from Eastman employees,” said Recruitment Coordinator Ryan Roorda. “It’s much bigger. I don’t know the exact square footage but it’s 10 times bigger. We’re very, very grateful to be in the new nonprofit center.”
The BB/BS space will include its own conference room, and they’ll share a community conference room with other non-profits. 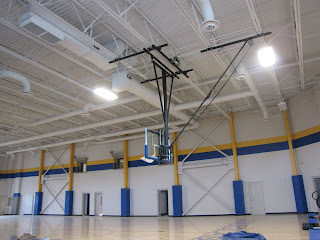 “There’s also a gym in the building, so if any of our littles want to come play basketball, they can. It’s a more friendly environment, and its going to be great for our kids and volunteers. It’s going to be a more welcoming environment.”
Big Brothers/Big Sisters, located until Aug. 9 on Broad Street in downtown Kingsport, can be reached at (423) 247-3240. 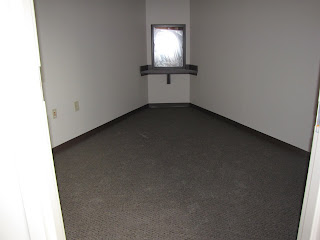 Also moving in August will be the staff of the Mountain Region Speech and Hearing Center, currently located on Revere Street in downtown Kingsport.
“The new location will allow the center to provide the same high quality services in a larger and convenient location for parents, patients, and staff,” said Executive Director Bill Pannell. “We will be relocating speech, language and hearing services into the building.”
Mountain Region’s staff of 10 speech therapists and one audiologist treat approximately 300 patients each week. Their office number is 246-4600.
Posted by douglassriverview at 10:44 AM