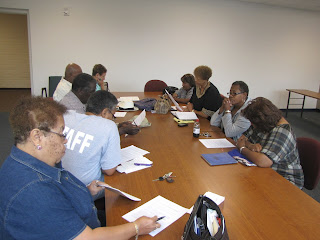 Minutes of the last meeting was read by Thelma Watterson, motion to accept the reading of the minutes was accepted by a show of hands. Motion carried. 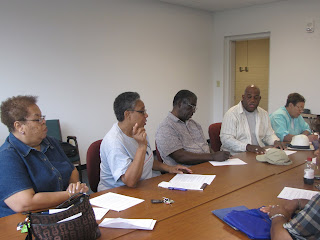 There was considerable discussion about the disapproval of the size of the room that was assigned to the alumni association. A question was asked if it was too late to ask for a lager room. The reply was that it probably was too late. The alumni have concerns that we have to reserve a conference room to have our meetings; it was the consensus of the majority that we would have a room big enough to have our meetings. Calvin Sneed stated that that is what the Community Room is for. Wallace Ross stated that if we address a letter to the City of Kingsport, stating our disapproval over the small room that was assigned to our alumni association would that help us to get a bigger one? Calvin Sneed stated probably not because the larger rooms are taken because they are being rented by the city. By a show of hands the motion was carried to draft a letter to the City of Kingsport with one abstention. Virginia Hankins volunteered to draft the letter.

The association discussed the appropriate procedure about when we should have close session discussions. Virginia Hankins and Louetta Hall stated that there are some things that we should not report (i.e., the amount of money we have in the treasure or if we have an idea that in the planning stages). 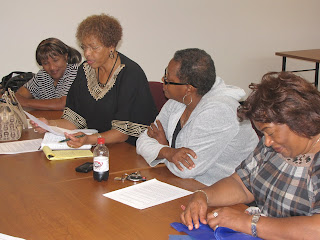 The association had discussions concerning the fact that we have two committees working on the reunion. It was the consensus of the majority of the people in Kingsport that the cruise would take the place of the normal reunion. Due to information not being communicated we have learned that there will be a cruise and a land reunion. But, due to the activities being on different dates there will not be a conflict. Calvin Sneed suggested that the land reunion is the perfect time to raise money. 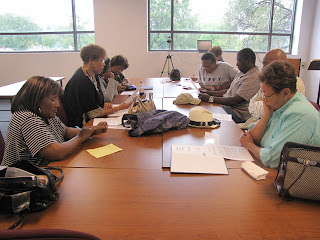 The alumni association thought it would be a good idea to invite area schools (Slater & Langston) to cruise with us. Dawnella Ellis volunteered to draft those letters.

The Cruise Committee or interested parties will have a meeting 10/02/2010 at 1:00pm in the complex to prepare for the meeting with the schools.

The big cruise meeting is planned for 10/16/2010 at the complex with area schools to let them know about the cruise that Douglass is planning. At that time the Cruise Committee will contact the travel agent to see if she can be present to answer question that we may have.

The ceremony for the dedication of the Dobbins Complex will be September 24, 2010 at 4:00pm. Everyone is invited.

Motion for adjournment was made by Wallace W. Ross, Jr., second by Andra Watterson.


EDITOR'S NOTE: On a late-breaking question a board member brought up, concerning the absence of the Douglass Alumni Association Office name not being included in the directories right now in the V.O. Dobbins Sr. Complex....

The city says, those directories belong to UETHDA, directing people to their individual offices, so the Douglass Alumni Association would obviously not be on those. Our office listing will be on the building's master directories when the city puts them up. They have not yet.
Posted by douglassriverview at 9:50 PM