Old Douglass Football Equipment Lived to Fight Another Day, Long After School Was Put to Sleep 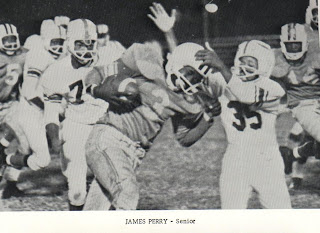 Despite the black-and-white pictures that represent the only images left from that wonderful era, the Blue and Gold of the Douglass Tigers took the football field, always standing out from the competition.

Literally, as well as athletically and figuratively.

People used to brag about the gold and blue uniforms worn by the team, as representing royalty over the years.

Intergration brought an end to the Douglass football program in 1966. The reign of royalty ended rather abruptly and unceremoniously, and the symbols of that storied royalty disappeared from the football fields of the area. 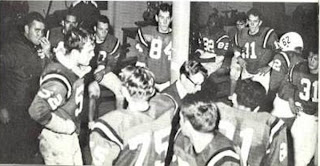 "We knew the history of Douglass High School, and were honored to have their old football equipment."

On a cold, fall day back in 1966, then-coach Billy Bowen and his assistant coaches from Boone's Creek High School, drove up to Kingsport from the Boone's Creek community, on a mission.

They'd just made a deal to purchase the used football equipment which Douglass High School had used to win many a championship, and compete vigorously in other pigskin contests. 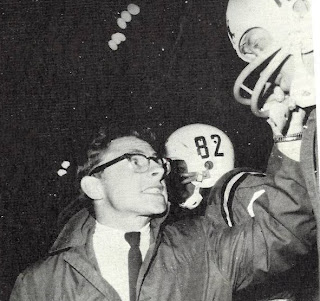 "I read an article in the newspaper that the old Douglass High School in Kingsport was going to close and they were phasing out their football program," Mr. Bowen, now a minister in Appalachia, Virginia says. "I got on the phone and spoke to Mr. V.O. Dobbins, the principal, and told him we were interesting in buying all his old equipment, which would save us quite a bit of money."

As Coach Bowen remembers, Principal Dobbins had sent all of the football equipment to the old Knoxville Athletic Company to be repaired, anticipating that, after years of competition, the helmets, pads and other items could all be sold, to help with any debt the soon-to-be-closed school might still have.

"Gregg Hicky was the Knoxville Athletic sales rep that went to all the schools and gathered equipment to be repaired," Coach Bowen says, "then, he'd bring it back to the schools. The equipment for Douglass had already been brought back, and Mr. Dobbins had it there at the school in Riverview." 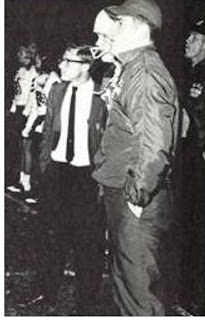 "All my coaches and myself jumped into our cars and Virgil Hall took a truck, and we all went to Kingsport," he says. "We got all the helmets, the shoes, pads, pants jerseys, even the blocking sled that Douglass used. We brought them back to Boone's Creek, and divied everything up, to get ready for our games that would begin the next year in '67."

The Douglass football equipment was put to good use.. by two different Boone's Creek teams. But they had no use for the Blue and Gold colors of the Tigers. 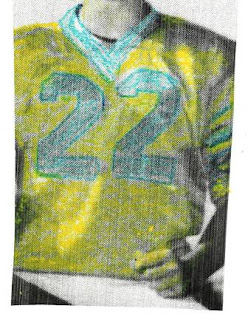 "The pants and jerseys were gold, and the gold jerseys were used by our J-V team," remembers Coach Bowen. "Our varsity colors were black and red, and so I gave each boy a pair of gold pants, and gave them instructions to give to their mothers on how to dye them black."

"We wore them on the first game of the season."

"I always wondered if the uniforms had a touch of magic from the master's hand and the talent that the Douglass Football team exhibited on the field," a reference to former Douglass coach Bob Deering and his assistant Wilbur Hendricks. "I saw them play several games back in the 50's."

Coach Bowen remembers the Douglass uniforms as being better than anything they had at the time. He had the best-won loss record in twelve years at Boone's Creek, which was closed when Daniel Boone High School opened in 1971-1972.

Other former Tiger items helped the teams do well, says the veteran coach, who went on to stints at Church Hill, Johnson City South, Lynn View and Science Hill High Schools. "That old blocking sled that we got from Douglass, was a blessing to our team," he says. 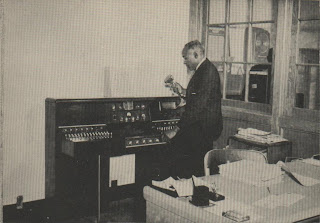 But one prized possession from Douglass that rings in many memories for alumni was the single thing that had nothing to do with athletics.

"We also got the Douglass P.A. system," says Coach Bowen. "This was the first public address system that Boone's Creek High School had ever had. The highlight of our first season was our homecoming against Unaka High School, where we really used the P.A. system. The crowd loved the system from Douglass." 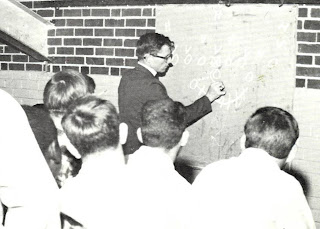 Coach Bowen's good luck experience with the Douglass was short-lived. He left Boone's Creek the next year and went to Johnson City, but he had the chance to develop good memories of the equipment that spanned several generations before.

"While at Boone's Creek," he reminisced, "I recruited a running back from Carter County. His senior year, he was the State of Tennessee scoring champion. He was a black athlete named Allen Bradley. Allen loved the gold jerseys from Douglass, but he never got to wear one. He was so good that we placed him on the varsity as a ninth grader. He was a great athlete and helped carry our team to victory."

EDITOR'S NOTE: It's great to hear that long after we retired the Blue and Gold of Douglass, the spirit of winning emblazioned in our uniforms went on to inspire other high schoolers, even though the pants were eventually dyed black.

This is why we would love to have any former Douglass equipment, class item, school memento, or Riverview-South Central item to show off, in our huge display case. Our tradition is special, and it lives on in whatever we have to remember it. KEEP THE DOUGLASS SPIRIT ALIVE for others.. please contact us at douglassriverview@gmail.com... dig into your closets, garages and boxes under the bed, and donate what you can, TODAY!
Posted by douglassriverview at 12:27 AM