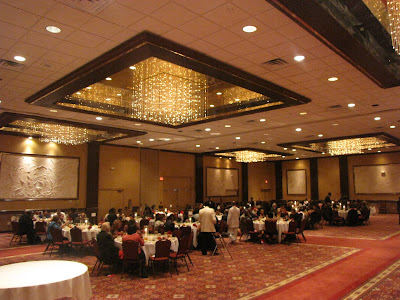 It was a night of the best.. from East to West.

For communities and churches, that meant from upper East Tennessee-Southwest Virginia, all the way to Chattanooga.

Click here to see a slideshow of the 2011 DAPS Banquet. 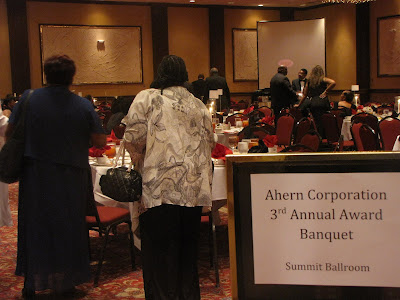 The Reverend Roger Mills, Jr. is president of the organization.

"The DAPS Banquet is designed uplift the churches, whether in Elizabethton, Bristol or Southwest Virginia, on down into Chattanooga," says Rev. Mills. "You hear so much negative news about about African-Americans, and our AHERN board thought it would be nice to have an awards banquet to let people know that we are doing something positive, to combat all the negative news that comes out of the communities." 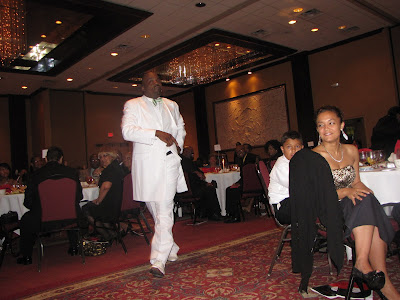 Proving there is nothing more positive than a good laugh, master of ceremonies Xavier (Tim) Hall kept the audience in stitches with his down-home brand of humor. Hall has a habit of matching humor with the particular audience, and audience members were treated to remembrances of choir practice and church services. He kept it pretty civil for a while, then, coming off the stage, he mingled with the crowd, and for anybody who'd never heard of him before, they left the banquet in a good mood. 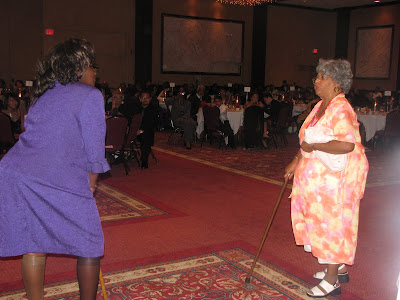 The original church ladies themselves, "The Johnson Sisters" also tickled a few funny bones, as they recounted many memorable moments in church. LaSandra Golden, who plays one of the Johnson Sisters along with Louise Quarles, says she got the idea for the sisters because in college, all her friends used to kid her saying she acted like an "old lady." Next month, the pair will celebrate a year of making folks laugh, believing "laughter is good for the soul." 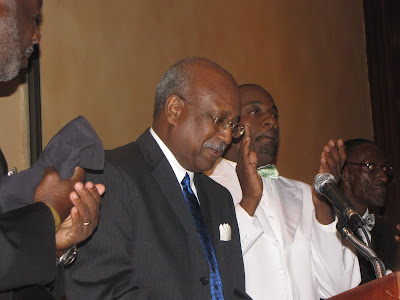 The audience was welcomed to Knoxville by Mayor Daniel Brown, the first African-American mayor of East Tennessee's largest city. Mayor Brown attends the First AME Zion Church of Knoxville. Guest soloist Marion Jones of the Macedonia Missionary Baptist Church in Newport, Tennessee delighted the audience with songs of inspiration and praise. The dinner musician was the Rev. William Reid of the New Hope Baptist Church of Bristol, Virginia. 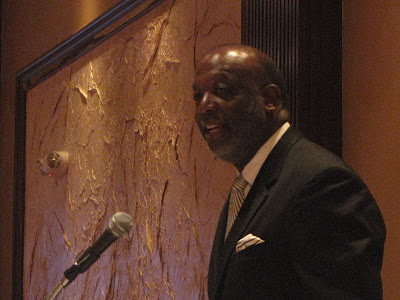 Guest speaker for the event was the Rev. Dr. Forrest Elliott Harris, Sr., president of the American Baptist College of Nashville. Among the themes of his address to the audience, Dr. Harris emphasized the importance of bring back the single, simple phrase "God is Love." He recalled a time when that phrase was taught to children in nursery and elementary school. Dr. Harris says, the phrase "God is Love" has slipped in its importance, and people around the world don't believe that Christians mean it anymore. 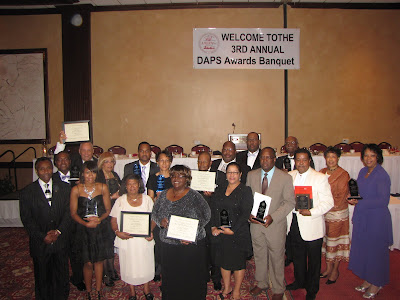 After the program, awards were given out to this year's DAPS winners, along with the President's Awards. Pictures of the winners and the nominees that were present at the banquet, are at the slideshow link above.

"Our goal is to reach out from county to county, from Southwest Virginia through East Tennessee to Chattanooga," says Rev. Mills, "spreading the good news happening in our black communities. If an African-American went out and killed somebody, but another one from the community met the president, more than likely, the one who killed somebody would be the first thing on the news that night or on the front page of the paper tomorrow. That's sad. We're trying to change that trend and let everybody know that we as an organization are doing something to change tha perception."

"News about African-Americans is not always negative."

Posted by douglassriverview at 12:45 PM