Police said the victim, a black male in his 20s, appears to have suffered a single gunshot wound to the chest. 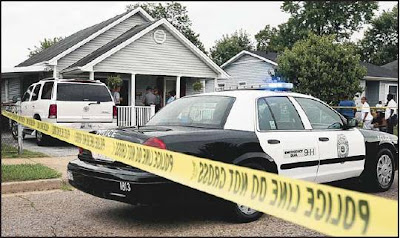 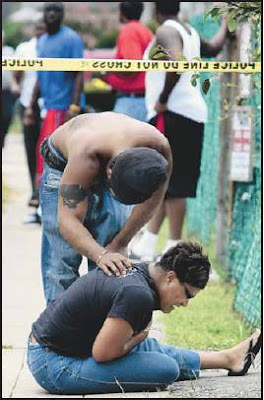 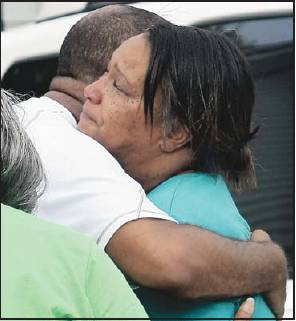 KINGSPORT — Two hours after gunfire rang out inside a Kingsport home Wednesday afternoon, coroners rolled a gurney onto the sidewalk and toward their van, past the hands of a woman clutching for the sheet over her dead son.

A chorus of dismal wails then rolled down Dale Street as dozens of onlookers caught a glimpse of the grieving mother and the shrouded body. Some went to the ground or doubled over in tears; others walked away from the line of police tape shaking their heads.

“Lost his life over nothing,” said one young man as he turned his back to the scene and departed.

“I don’t care what he did,” remarked a woman to a group of neighbors. “Nobody deserves to die.”

Kingsport police are releasing little information on the fatal shooting at 937 Dale St., including the identity of the victim, number of suspects, or possible motive for the crime.

Kingsport Police Department Detective Cpl. Frank Light said numerous interviews are being conducted, including those with witnesses, and leads are being followed.

As of Wednesday evening, no suspect was in custody.

Light said the victim, a black male in his 20s, appears to have suffered a single gunshot wound to the chest. His body was transported to Holston Valley Medical Center.

Units responded to the home at 3:30 p.m. Soon Kingsport officers, assault rifles drawn, were walking the surrounding alleyways and blocking off streets. K-9 units out of Bristol, Tenn., also tracked the back of the home and surrounding area.

But the camera — positioned on a Dale Street utility pole one house down from the shooting — is believed to have been directed toward an adjacent park, rather than the home and the incident. Nonetheless, Light said it still could have captured footage useful to the investigation.

Scanner traffic at the time of the shooting relayed descriptions of two suspects, each black males wearing black tops and pants. The number of suspects in the BOLO (Be on the Lookout) was echoed by numerous residents of Dale Street, with many adding the men invaded the home and shot the victim as his mother slept.

Light said four people were in the immediate vicinity of the shooting, inside the home, when it occurred. He also confirmed police are looking into theories neighbors relayed to media at the scene: Gang activity originating in Bristol is involved.

That information has not been proved correct, according to Light, but at this stage of the investigation all angles are being pursued.
Posted by douglassriverview at 11:42 AM