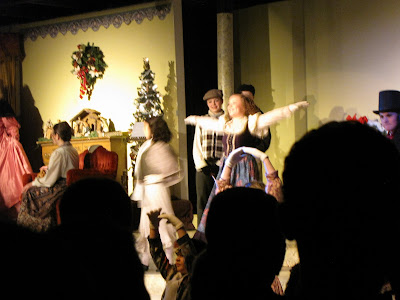 That's the scenario behind the New Vision Kids' visit to the Lamplight Theater in Fall Branch on Saturday, December 17, 2011, to see the live performance of "The Candy Maker's Dream." The play is a heart-warming Victorian Christmas musical based on the legend of the candy cane.

"It's the life of Christmas," says Johnnie Mae Swagerty, director of the New Vision Kids group, "the whole candy cane story that the kids like. Who doesn't like candy canes at Christmas? The play offers an explanation to where they come from, that the kids can identify with."

Click here to see a slideshow of the New Vision Kids' visit to see The Candy Maker's Dream" at the Lamplighter Theatre. 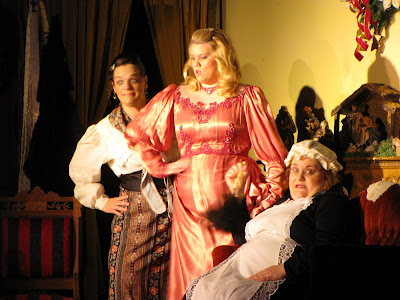 This is the last season — at least for the next few years — audiences can catch a performance of the original theatrical production, written by Billy Wayne Arrington, president and founder of Vision Productions Inc., which manages the LampLight Theater. The theater rotates its Christmas shows every two to three years, so after the curtains close on this season’s production of “The Candy Maker’s Dream,” opening Friday, it will be replaced next year with something new.

“The Candy Maker’s Dream” is set in Wooster, Ohio, in the mid-1800s. It’s the story of Gertrude Imgard, a German immigrant’s daughter, as she reaches out to a confectioner salesman and two young orphan friends. Through the compassion of Rose, a music teacher, and the faith of Gertrude, hearts are destined to change with a visit from a special angelic messenger. 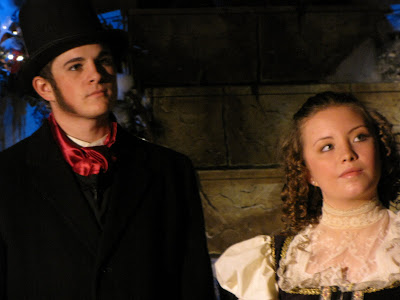 Gertrude meets Cecil Higgenbotham, a confectioner from Indiana who is in Wooster for a sales meeting. Gertrude introduces him to both candy canes and Christmas trees. She also introduces Cecil to Gabby and Darby, orphaned brothers living on the streets of Wooster. The audience learns that Cecil is an orphan himself, raised in an orphanage in England.

The Imgard family is credited with bringing the candy cane to America. The bent sugar stick treats were a popular holiday confection throughout Europe, and Gertrude Imgard’s father August, a German-Swedish immigrant, decorated his Christmas tree by hanging the treats from its branches in the late 1840s. The tradition quickly spread across the United States. 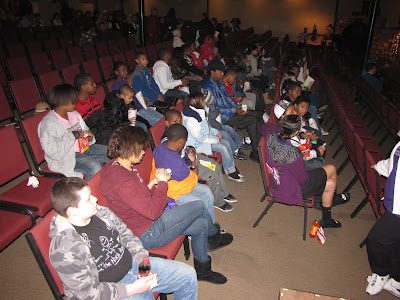 This is the second visit to the Lamplighter Theater for the New Vision kids.

"They've been very good all year long and this summer," Swagerty says, "and this is our way of rewarding them for their good behavior. "We also appreciate Billy, the owner and play director, for helping us through a donation to get the kids here. He held a junior camp this year in Pigeon Forge that the kids really liked, too. He's really a blessing to the New Vision youth, and we really appreciate it. They are really good people here at the theater."

The New Vision Kids' visit of 35 kids and 7 adults to the Lamplighter Theatre was sponsored by Kingsport Weed & Seed, the New Vision Youth group, and the South Central Kingsport Community Development Corporation.
Posted by douglassriverview at 7:49 PM