Parathlete to speak at HOPE event 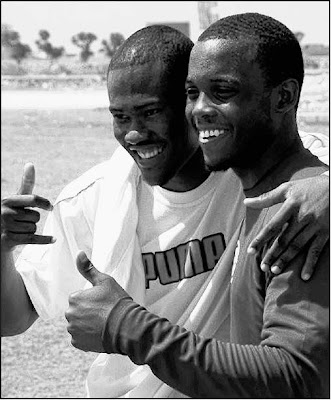 Kingsport native Blake Leeper, a member of the 2012 United States Paralympic Team, will speak at 6 p.m., Thursday, December 29, 2011 in the second-floor auditorium of the Kingsport Renaissance Center, 1200 E. Center St., in a program sponsored by HOPE (Help Our Potential Evolve).

Leeper, who was born without legs from the knee down, grew up playing sports. At Dobyns-Bennett High School, he played right field and second base on the baseball team as a sophomore. He joined the varsity basketball team as a senior. 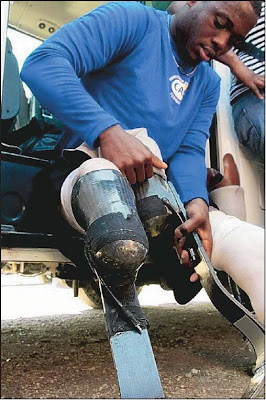 At the University of Tennessee, where he was studying applied physics, Leeper became involved in track and field and discovered a special kind of prosthetic made strictly for running. Michael and Gilgia Prumbs of Kingsport’s Pro Balance and the Challenged Athletes Foundation helped Leeper land his first pair of “Cheetah Legs.” A few months later, he joined the Paralympic Team..

Leeper is currently training for the 2012 Paralympic Games to be held in London, where he will compete in the 100- and 200-meter races as well as the 4 x 100 relay. In May, he competed in the 2011 BT Paralympic World Cup in Manchester, England, earning a bronze medal in the men’s 100 meter.

The Paralympic Games were first organized in the late 1940s for injured World War II veterans returning home. Today, the Paralympics are elite sport events for athletes with a disability, emphasizing the participants' athletic achievements rather than their disabilities.

Earlier this year, Leeper spent a couple of days in Haiti visiting with and encouraging children who lost limbs in last year’s devastating earthquake. He went as a representative of the San Diego-based Challenged Athletes Foundation that helps provide opportunities and support to people with physical disabilities, allowing them to pursue active lifestyles through physical fitness and competitive athletics.

H.O.P.E. is a non-profit community organization with the driven desire to enrich the lives of the people of the city community of Kingsport and the surrounding areas. Its purpose is to educate youth and enhance the lives of all people who become involved in any of our programs offered by the organization.

Leeper is the son of Billy and Edith Leeper, and the grandson of William and Lillian Leeper, all of Church Hill.