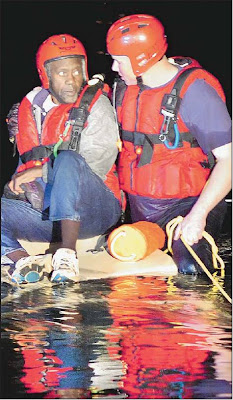 PICTURES COURTESY NED JILTON II - KINGSPORT TIMES-NEWS, DECEMBER 15, 2011
Emergency personnel, 2nd picture below, launch a raft to rescue a stranded motorist Wednesday evening at the new boat ramp off Netherland Inn Road. According to police, 90-year-old Herman Logan of Kingsport had been fishing and was preparing to leave when his truck rolled into the Holston River with him in it. ‘It looks like his brakes failed and he just rode it all the way into the river,’ Kingsport police officer Brad Conkin said. At right, rescuer Kevin Risney talks with Logan as he sits atop his truck waiting for the raft. 3rd picture below left, emergency personnel help Logan to an ambulance. The Kingsport Police Department, Kingsport Fire Department, Kingsport Lifesaving Crew and Sullivan County EMS responded to the 6:15 p.m. incident. 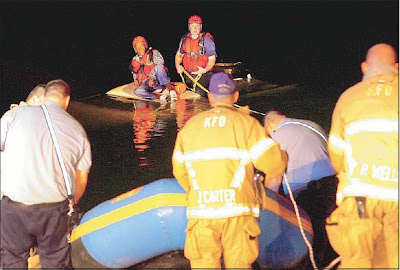 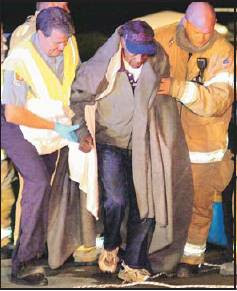 Posted by douglassriverview at 10:36 AM