Tail of the Turkey Bowl: One Bowl Game That's Already Been Played

A turkey and a football.

What do they have in common?

Neither can fly. In fact, both need considerable help getting off the ground.

Both are very valuable. But together? You bet!

The return of a former Riverview neighborhood tradition brought both the turkey and football together over the Thanksgiving weekend.

PART OF THE DOUGLASS BALLFIELD, WITH THE RIVERVIEW APARTMENTS IN THE BACKGROUND 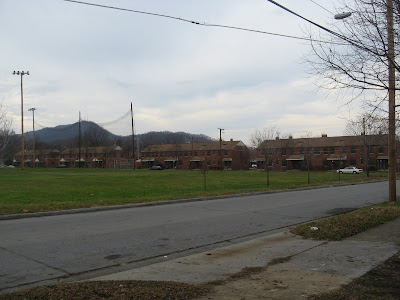 "The Turkey Bowl was a community thing every Thanksgiving," says Fredrick Smith, who remembers it well while growing up living in the Riverview Apartments across from the Douglass Ballfield. "Back in the day, men would gather either before or after Thanksgiving dinner, and they would play tackle football in the ballfield. First, two or three people in the same family would get out there and play, then two or three others passing by would see the action and join in. Next thing you know, there was a bunch of us out there, banging heads and just having a good time.

The competition was quite intense, as Smith remembers. 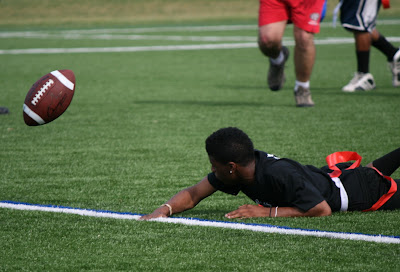 "There were some altercations," he laughs. "There was full-blown tackling and full contact to the ground. Everybody came out to play. My father Fred played in the Turkey Bowls, my stepfather, a lot of my older cousins.. then, neighbors, dudes from 'cross town. We always had enough to make two full teams. In the end, we all really had fun and it was something that everybody looked forward to."

Over the years, as the neighborhood changed, so did the Turkey Bowl. Eventually, it went away.

But not for good. 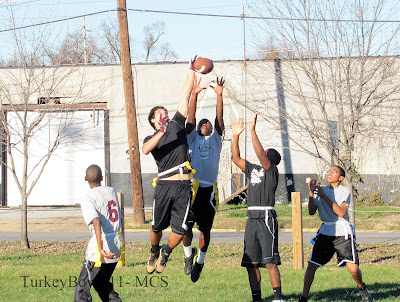 Fredrick Smith and many of the residents who remember it, have brought the Turkey Bowl back.. this time with a purpose.

"We put a little twist on it," Smith says. "I wanted to give people a reason to come out again and socialize in the re-emerging Riverview."

The result was a toy drive to benefit children in the community who Smith says, "might not have be able to get anything for Christmas, or maybe not get as much as they were expecting. Everybody playing on the field, or anybody watching in the stands had to bring a toy that would be given to underprivileged kids this Christmas." 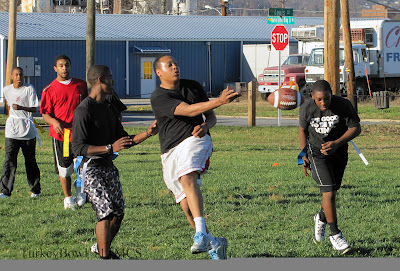 No hard hits on the field this time, though. The new Turkey Bowl was flag football, designed to involve many of the young men in the neighborhood.

"We wanted the young guys to come out and participate," he says. "We got the kids involved, and we did it flag football so that everybody could have a good time, but not get hurt, and we made it a toy drive for the needy kids."

Smith found a lot of support for the new Turkey Bowl in Riverview. 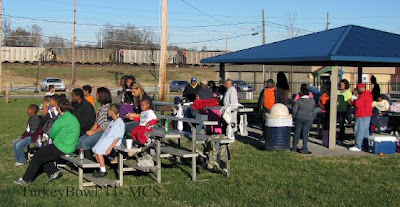 "All I did was say, 'hey, we're gonna have a Turkey Bowl involving flag football for the kids,' and when folks found out about the toy drive, everybody jumped on the bandwagon. Trippy Deal brought out his music, he provided that free of charge. Lisa Williamson came out with the food, she sold some stuff, she gave some stuff away.. we also had some cash donations that added on top of what we collected for the Turkey Bowl. It was a community event, and we want to keep it something that the community can get involved in, not just for the day we play, or the season we play in, but through the year leading up to it." 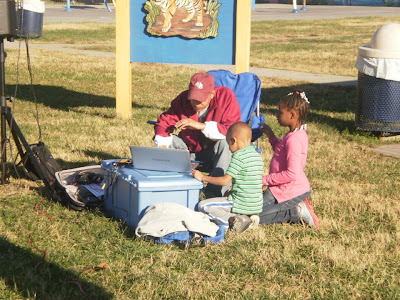 Smith says, the children growing up in the neighborhood will be reap the benefits.

"Short term the needy kids will get toys for Christmas," he says. "Long term, events like the Turkey Bowl, show the kids that, you don't have to be rich to give back to the community.. you just have to have the time."

"If you wait until you're rich... you might not ever be able to do it."
Posted by douglassriverview at 3:41 PM