Damon Cathey will be heading the Inspirational School Partnership in Nashville. 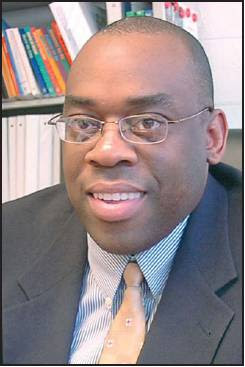 KINGSPORT — Kingsport Assistant Superintendent of Schools Damon Cathey is leaving the city school system for a job in Nashville, Cathey announced in a letter to staff and faculty Tuesday.

Cathey will be heading the Inspirational School Partnership, a public/private partnership in Nashville.

His resignation is effective Dec. 30, the same date that Superintendent Richard Kitzmiller is retiring after more than three decades with the school system. Kitzmiller has been superintendent since 2002.

“We’ll miss our friends and community here in Kingsport. It’s been an invaluable experience working with folks focused on learning and making students successful,” Cathey said in an afternoon phone interview.

Two Kingsport Board of Education members said Cathey was not among the 15 or so people consultant Wayne Qualls has discussed with board members as the school system’s possible next superintendent, but they believe he is an excellent educator.

“Right now, we are really trying to find someone who has superintendent experience,” BOE Vice President Carrie Upshaw said Tuesday.
Cathey has served as a teacher, assistant principal, principal and assistant superintendent.

“I’m just very sad to see him go,” Upshaw said. “I wish him every success. I think he will be wonderful wherever he goes and do a wonderful job.”

Cathey’s move will leave the system as of Dec. 31 with no assistant superintendent, unless one is appointed, and under the leadership of an interim superintendent the BOE appointed at its Dec. 1 meeting.

John Adams Principal Dwain Arnold was appointed interim superintendent but has no interest in seeking the position full time. Cathey has been a finalist for two Tennessee superintendent positions in the past year or so.

Kingsport City Schools spokesman Andy True and BOE President Randy Montgomery said it was unclear Tuesday if and when an interim assistant superintendent would be appointed.

“Dr. Cathey has served the students of Kingsport well for the past five years,” Montgomery said. “He’s a good man, and I wish him well.”

Cathey and his wife have three children in the Kingsport system, and his wife is a school-based family liaison at Jackson Elementary School. Cathey said she and the children would remain in Kingsport at least until the end of the 2011-12 school year, giving his children continuity for the year and his wife a chance to continue her work at Jackson and volunteer work on a community garden.
Posted by douglassriverview at 10:41 AM