Big Brother WAS Watching You: So, How Fast Were YOU Driving in Riverview?

THIS IS THE FIRST OF TWO ARTICLES ON COMPLAINTS ABOUT THE SPEED OF TRAFFIC IN RIVERVIEW, WHAT THE CITY OF KINGSPORT KNOWS ABOUT IT, AND, AFTER WE GOT INVOLVED, WHAT THE CITY IS DOING ABOUT IT


If you've got a radar/laser detector on your windshield, you're used to having it go off with shrill sirens and intermittent beeps, signaling the presence of a cop somewhere ahead of you clocking your speed. 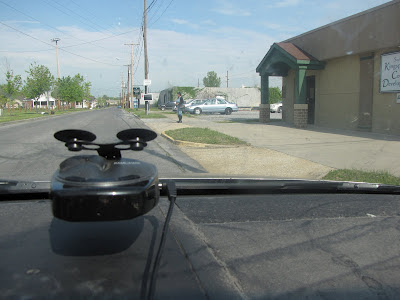 For several days just a few weeks ago, radar detectors as far away as the AGC Flat Glass Plant on Lincoln Street were sounding off. By the time you got to the intersection of Wilcox Drive, Lincoln Street and M-L-K, the radar/laser detector beeps were so annoying, they had motorists looking in all directions, in every nook, cranny, pull-off, driveway and behind every building, every tree.. looking for the cop car with the radar/laser gun supposedly aimed at them.

A closer examination of the area, revealed no cop.. no cop car, and no visible laser gun.

But you've got a radar/laser detector screaming its bloody head off, and nothing to show for it.


Until.. you got to the Riverview Splash Pad. 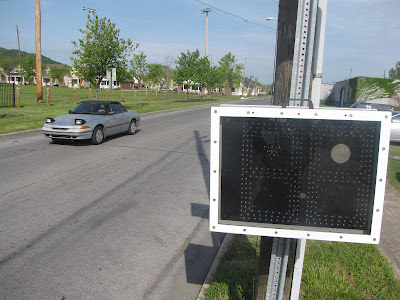 There, for several days, the Kingsport Police Department, responding to a Riverview neighborhood complaint about speeding on Martin Luther King Drive, had mounted a speed detection device on a pole, directly across from the Splash Pad.

Its direction was aimed at the Wilcox Drive intersection, 2 blocks away.

"Yes, we had some speeding complaints in that area of M-L-K," says John McGhee with the Traffic Unit of the Kingsport Police Department. "There is a large amount of traffic there, a high amount.. probably more than you think. Coupled with the large amount of pedestrian traffic there, we felt that the complaints were valid enough to place a speed detection device there, to measure the amount of traffic and how fast it was actually going." 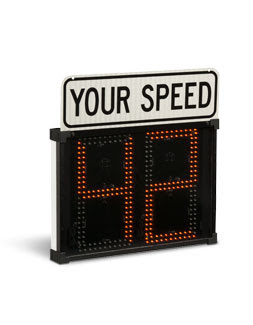 The city of Kingsport has a couple of these portable units that can be placed in strategic locations on a temporary basis, in response to complaints. They can be set to just silently record traffic speeds, or flash in big numbers, the offending speed that is being recorded. Riverview residents reported seeing no flashing numbers during the time the detection device was monitoring traffic on M-L-K.

"This is what we in the police department would consider a low-end tool that we start with, to measure the speed of traffic in a particular area," McGhee says. "On the high end, if we note speeds that exceed the posted limit fairly regularly in that spot, a police officer is stationed there with a laser gun, clocking speeds and issuing citations to speeding violators."

"We feel that both are effective in protecting lives and property on Kingsport city streets." 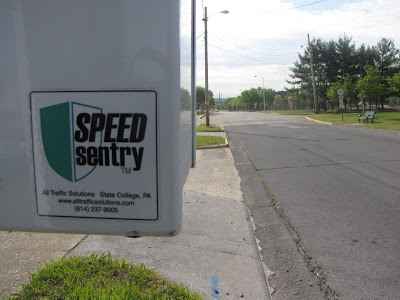 The traffic speed detection unit in Riverview was out for about 8 days on a pole on M-L-K, between the Splash Pad and the gravel parking lot beside the South Central Kingsport office, counting vehicles and measuring their speeds.

"During those 8 days, we recorded a total of 15,005 vehicles within the range of the speed detector, from the Splash Pad two blocks down to Wilcox Drive," McGhee says. "That shocked us at the police department.. that was an amazing amount of traffic, despite the fact that most of it was Eastman traffic going to and from the headquarters building parking lots." 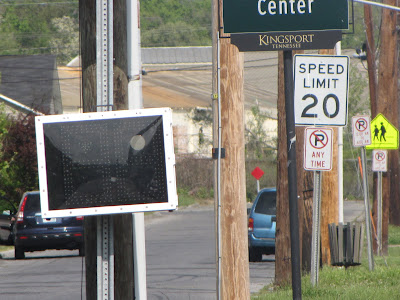 How fast were the speeds recorded, including traffic coming in and out of Riverview?

"We were showing an average speed of 24 miles an hour in the 2-block span of M-L-K at the Eastman headquarters," McGhee says. "That part was not surprising, and we did get some vehicles clocked in the vicinity of 30 miles an hour. Those vehicles that were speeding excessively were measured between 30 and 50, and we did clock one vehicle traveling 63 miles per hour in that two-block span."

"That was really scary when we saw that recorded," says McGhee, "considering the amount of vehicle and foot traffic along M-L-K. During the summer with the Splash Pad going and all the children playing in the area, it's real bothersome to know that somebody is traveling that fast on that street. I'll have to admit that just one vehicle going 63 out of 15,000 vehicles doesn't sound like a lot, but if that one vehicle had struck someone, or hit another car or a building, it would have been a really big deal. It only takes one vehicle. To be honest, I expected to have more vehicles going higher than the posted speed limit of 20, maybe late at night, 2 or 3 o'clock in the morning. Luckily, that was the only vehicle noted." 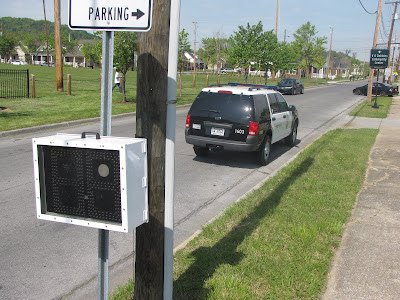 McGhee says, the eyes of the community become the ears of the police department.

"Residents need to call us at the police department if they notice speeds higher than normal on their streets," says McGhee, and if we get enough complaints, we'll start off with a speed detection unit placed along the route. The unit is designed to get the attention of motorists exceeding the speed limit by a huge amount. It's also designed to record that speed, without necessarily flashing it."

"Just because you don't see a speed limit displayed, doesn't mean we don't know how fast you were going. The message is 'Hey, you're going over the speed limit and you'd better slow down.'"


IN THE NEXT ARTICLE BELOW, COMPLAINTS ABOUT THE SPEED OF TRAFFIC IN RIVERVIEW, UNCOVER A DIFFERENCE IN THE SPEEDS THAT MOTORISTS CAN ACTUALLY TRAVEL ON NEIGHBORHOOD STREETS.. SPEEDS THAT COULD CAUSE SERIOUS DAMAGE TO LIVES AND PROPERTY

Posted by douglassriverview at 12:30 PM