When my father took us on vacation to Daytona Beach in the summer of 1956, we didn’t have a motel reservation. This was before hotels.com and Expedia. He would just drive down Atlantic Avenue, looking for a motel that met my mother’s approval and had a vacancy sign. (I remember this vividly because my 8-year-old brain couldn’t figure out why he was looking for “Bacon,” which is how I heard Vacancy.)

If Doug Releford’s family had traveled from Kingsport to Daytona that same summer, it would have been much more complicated.

I use Doug as an example because it was Doug who introduced me to the topic of today’s column.

We were at an event at the old Douglass High School building, now called the Dobbins Center when Doug leaned over and asked, “Have you ever heard of the Negro Green Book?”

I confessed I hadn’t. 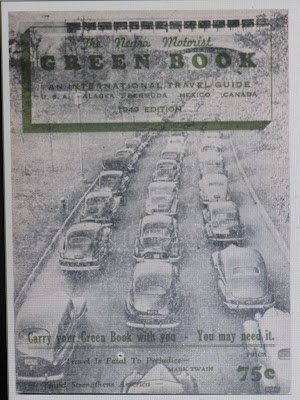 What I found on that link was an eye-opening story. “The Negro Green Book,” technically the “Negro Motorist Green Book,” was an African American travel guide published in the ’30s, ’40s and ’50s “to give the Negro traveler information that will keep him from difficulties, embarrassments, and to make his trips more enjoyable.”

While my family had the choice of numerous motels, the Relefords would have had only one choice. According to the 1956 Negro Green Book, the only Daytona Beach motel serving black tourists was the Campbell Hotel at 549 2nd Ave. And while my family could eat at our pick of diners and cafeterias, the Relefords would have had one choice: the Little Gypsy Restaurant at 524 S. Campbell St. is the only Daytona Beach eatery listed in the 1956 guide.

The Negro Green Book is a vivid look at how oppressive segregation was.

The book was published from 1936 to 1964, years of intense segregation in this country, when black travelers were barred from entering most public facilities, including hotels and restaurants.

Esso, one of the few gas companies that would sell franchises to black entrepreneurs during that period, was a sponsor of the Negro Green Book and gave away copies at some of its stations. Esso’s Special Representative Wendell Alston wrote in an introduction to the 1949 edition, “The Negro travelers’ inconveniences are many and they are increasing because today so many more are traveling individually and in groups. The GREEN BOOK with its list of hotels, boarding houses, restaurants, beauty shops, barber shops and various other services can most certainly help solve your travel problems.”

The book was the idea of Harlem postal employee Victor H. Green, which is where the book got the “Green” part of its name. According to the New York Times, “Green conceived the guide in response to one too many accounts of humiliation or violence where discrimination continued to hold strong. These were facts of life not only in the Jim Crow South, but in all parts of the country, where black travelers never knew where they would be welcome.” 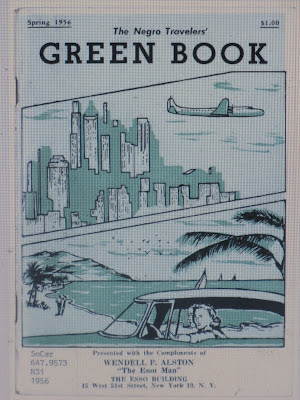 In areas where there were no hotels or motels serving black tourists, the Green Book directed them to tourist homes operated out of private residences.

In the 1949 guide the closest listing to Kingsport is for the A.D. Henderson Tourist Home at 301 McDowell St. in Bristol, Tenn. By 1956 there was a second listing for the Tri-Cities, Mrs. M.C. Brown’s Tourist Home at 225 McDowell in Bristol.

In the introduction to the 1936 edition, Green wrote hopefully, “There will be a day sometime in the near future when this guide will not have to be published. That is when we as a race will have equal rights and privileges in the United States.”

Green apparently felt that time had come in 1964 when the Civil Rights Act was passed and the last edition of the Negro Green Book was published.

Click here to see the 1949 edition of the Negro Green Book.


Click here to see the 1956 edition of the Negro Green Book.