Riverview Speed Limits to be Lowered

AFTER YOUR DOUGLASS WEBSITE REPORTER QUESTIONED THE CITY ABOUT THE DIFFERENT SPEED LIMITS ON M-L-K AND THE OTHER STREETS IN RIVERVIEW, ACTION IS BEING TAKEN TO CORRECT THE PROBLEM


Some motorists who travel the streets of Riverview frequently, have always noticed a slight discrepancy in the speed limit on the neighborhood streets. 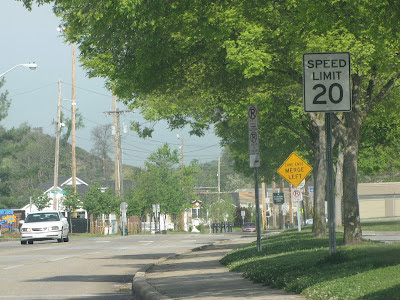 This is the speed limit on Martin Luther King Drive. It reads 20 miles per hour. It was lowered years ago, when Eastman Chemical Company established its corporate headquarters on Wilcox Drive and Martin Luther King Drive, and put in parking lots on either side of M-L-K, with pedestrial crossings in the street. It's right at the beginning of Riverview. 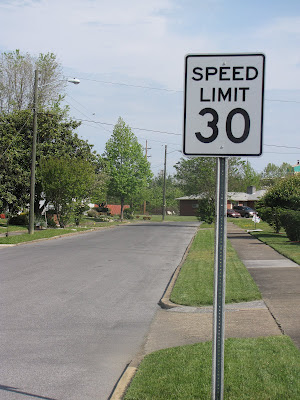 According to the city, the speed limit is also 30 miles an hour on James Street in Riverview, beside the old Douglass Auditorium.

James Street does not exist anymore. It's now the parking lot for the V,O. Dobbins Sr. Complex.


Resident Jim Brice is one of several residents who have noticed the different speeds limits in Riverview, and brought the discrepancy to the attention of the Douglass website.

"There's a lot of children on the streets in Riverview," he says, "more on the neighborhood streets, than on M-L-K. They run the streets on their bicycles and wagons, and cross here and there. I first noticed the higher speeds, after the speed limit was lowered on M-L-K after the Eastman headquarters went in several years ago, and more kids started going to the Splash Pad."

"Cars really fly through Riverview," Brice says, "even on Dale Street. Every time I see one flying through, I holler 'slow that thing down!' I just don't want our kids to be hurt." 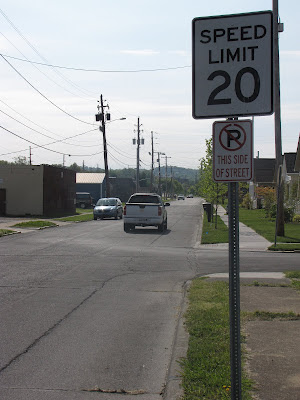 "It's true there are a lot of pedestrians and much more traffic on M-L-K now with Eastman," says Jim Hensley, traffic engineering technician with the Kingsport Traffic Engineering Department. "That prompted the speed there to be lowered originally from 30 to 20 miles an hour. Honestly, I have no idea why the speed limit in the Riverview neighborhood remained at 30. It should have been lowered a long time ago, but it wasn't for some reason."


Thanks to our bringing the discrepancy to the department's attention, action is being taken to bring the speed limit in line with Kingsport's other neighborhoods. 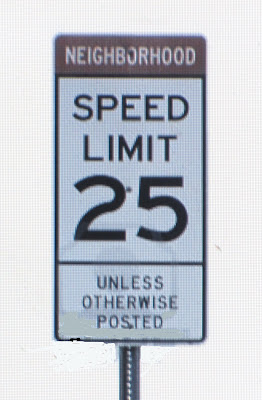 "The signs on the streets in Riverview will be taken down, and three new "Speed limit 25" signs, will be installed. One will be put up on Martin Luther King Drive as you turn from Wilcox, the other on Wheatley at the Splash Pad, and the other on the lower end of Wheatley at Industry Drive just as you turn into the neighborhood."

He also says, to eliminate sign clutter, no other speed limit signs will be posted on Riverview's streets, but motorists need to be conscious of the fact that the speed limit is 25. 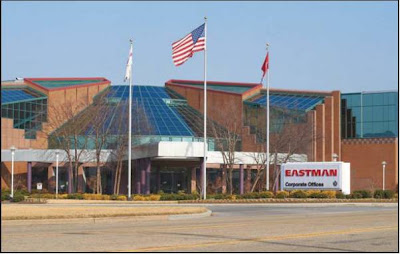 Several years ago, the old Lincoln Street speed limit was lowered to 20 miles per hour, from Wilcox Drive all the way to the dead end just past Dunbar Street, to accomodate the increase in traffic from the Eastman headquarters. Pedestrian traffic there, as well as the Splash Pad made a lower speed limit necessary.

"Folks need to watch their speed after the new signs go up," says Hensley. "Even though the speed limit signs won't be on Dunbar and the other streets, you will get a ticket if clocked higher than the new 25 mile an hour limit." 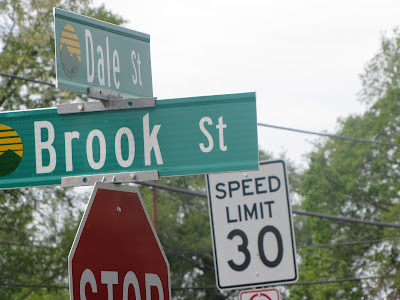 And what of Dale Street? The Douglass website has long gotten complaints of people exceeding the speed limit on Dale, because it's a shortcut that parallels, yet bypasses all the traffic on East Sullivan Street and East Sevier Avenue.

"The speed limit of 25 in Riverview does not include Dale Street," Hensley says. "We don't recall any specific complaints about the speed on that street, but that's not to say that speed is not a problem on that particular street. No reports have trickled into our office to request traffic calming on Dale Street, but it is possible to have a traffic study done there."

"It only takes one resident going fast, to hit somebody or somebody's car."

Hensley says, the high speed on Dale Street would have to average 40 miles an hour or higher, for that street to qualify for traffic calming devices like speed humps or raised levels similar to the ones on Watauga Avenue. He says, if Dale Street residents, or any others in Kingsport, want a traffic speed study done on their streets, just give his office a call at 224-2797 and the traffic office would get one started. 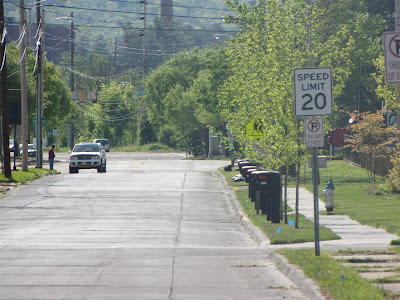 On M-L-K, Jim Brice says the city probably meant well, when they lowered the speed limit there to 20, but didn't change the speed limit anywhere else in the neighborhood where most of the kids are all the time.

"They just needed to take into account where most of the neighborhood's kids play, and consider what could potentially be more dangerous. That little stretch of
M-L-K that's maybe a couple of blocks long and the kids are over behind a fence.. or the 3 blocks of Dunbar, the 3 blocks of Wheatley, and the two blocks of Carver, Louis and Douglass Streets, where the kids play more and actually cross the streets more."

"The lower limits could save a young person's life." 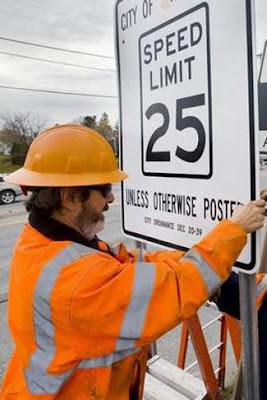 Posted by douglassriverview at 1:00 AM