Dedication ceremony is open to the public, and following the event a picnic is planned at Eastman Cabins. 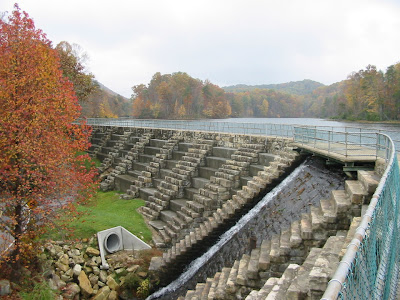 KINGSPORT — Bays Mountain Park on Saturday plans to honor a man with long-standing roots in the community and who helped build the reservoir dam up on the mountain nearly 100 years ago.

Park officials will hold a dedication ceremony at 11 a.m. Saturday on the lake side of the Nature Center, just outside the first floor entrance. A small garden has been created there, and three benches have been placed, with one of the benches bearing a plaque with Jerome Pierce’s name on it.

“My grandfather was a slave who lived at the base of Bays Mountain and was instrumental in building the park so many years ago,” said grandson Jack Pierce Sr. “When the reservoir was built, he hauled the stone for the dam during that time.”

In 1915, the Clear Creek Water Co. purchased 1,000 acres on Bays Mountain and over the next 15 months built a dam for Kingsport's water supply. As the city grew, the reservoir failed to meet the needs of the expanding population, thus the Holston River became Kingsport’s main source of water. The use of Bays Mountain Lake for a water supply was discontinued in 1944. 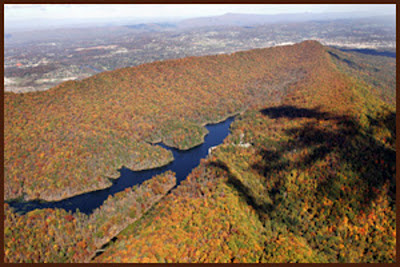 Jerome Pierce, born circa 1848 to 1850, was a slave for a Kingsport family, but at age 15 or 16 he fled North and eventually joined the Union Army. After the war, Jerome returned to the Kingsport area and built a log cabin on Bays Mountain, near the Southern Baptist Retreat Center, working in logging, hauling and farming. At one point, Jerome worked as a paid employee for the man who once owned him as a slave.

“That’s where my dad and grandfather lived. My dad had teams of horses and would haul logs out of the woods for Eastman,” Pierce said. “I think it’s about time we got a little bit of recognition. Our folks, over many, many years contributed a lot to Kingsport, not only Bays Mountain, but the city as well.”

About five years ago, Bays Mountain Park sought land adjacent to the park, on the outside slope of the mountain — most of which is privately owned — with the intent being to create a buffer zone around the park and prevent development too close to its borders.

Some of the land acquired included 28.4 acres of property, in four lots, owned by the descendants of Jerome Pierce. As far back as 1750, Bays Mountain was home to settlers who built homes, farmed the land and raised their families.

The dedication ceremony is open to the public, and following the event Pierce said a picnic is planned at Eastman Cabins. Pierce said friends and family from Kingsport and as far off as Washington, D.C., Atlanta and North Carolina are planning to attend.

Posted by douglassriverview at 10:11 AM