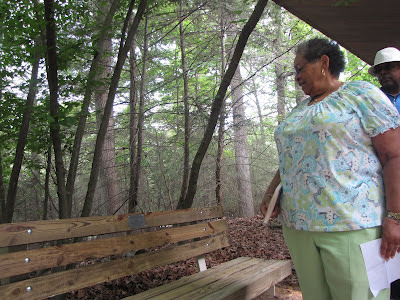 "Recently, I realized that some of the younger members of our family ... did not know that our great-grandfather Jerome Pierce was a slave who was born and lived in a lob cabin with a dirt floor."

Pierce-Bond Family Member Anna Coley on the occasion of a bench dedication to Jerome Pierce at Bays Mountain Park, May 12, 2012. 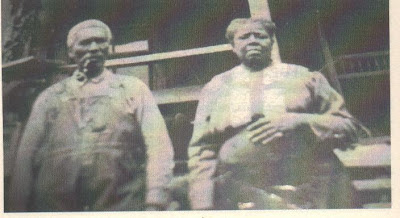 If family patriach Jerome Pierce were alive today, he'd smile in wonderment and amazement at the family that descended from his marriage to Luvenia Brown.

Descendants of the Pierce-Bond family, along with friends, well-wishers, Riverview residents and the city of Kingsport gathered to dedicate a memorial bench in his honor, near the property that Pierce grew up on as a slave, and later purchased to farm and raise his children.


PIERCES TAKING A LOAD OF LOGS TO TENNESSEE EASTMAN 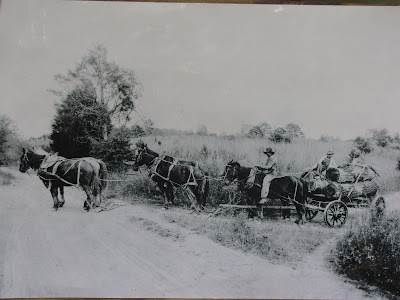 To see a slideshow and pictures from the Pierce bench dedication, click here.

Part of the Pierce property in the valley along the ridges above Horse Creek, adjoined the top of Bays Mountain, and was purchased when the city established Bays Mountain Park. Pierce, his family members, and others harvested trees that were sold to Tennessee Eastman in its early days, and they later hauled up stones that comprised the dam along Dolan Creek that formed the old Kingsport Reservoir, providing city residents water until 1944. 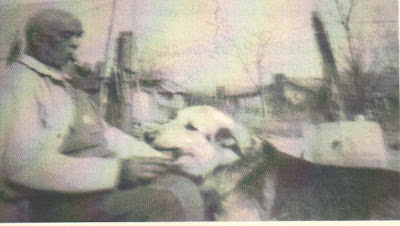 "My grandfather was a large, handsome man," remembers Ann Coley, who wrote a book highlighting the life and times of Jerome Pierce and his family, and spoke at the bench dedication ceremony. "He was left-handed, and always wore bib-overalls.. kinda reminds you of Orvel (Bond). He smoked a pipe, and lived in the house where he raised his 5 children. When you look at his humble beginnings, and then look at where our family has come.. how many contributions he made to help the development of Kingsport and its industries, that, despite the lack of a formal education, he was able to become a successful, respectable businessman." 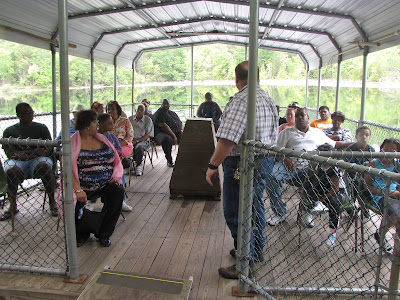 After the bench dedication, the Pierce-Bond family and friends were treated to a tour around the Kingsport Reservoir that Jerome Pierce had a hand in building. Folks, young and old, marveled at the quiet peacefulness of the setting, seemingly untouched by human nature. Deer were spotted on the bank, munching on water lillies, beaver dams were abundant, and, despite the pristine conditions, no bears were observed (although they have been). At one point, park guide Fred Hilton used his connection with nature, to call out to the grey wolves resting in their enclosure. As his lonely call wailed through the trees, one by one the wolves responded in the native ritual of the pride. 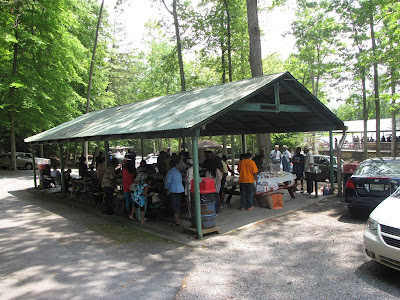 A picnic awaited the group at the Eastman Cabins at the foot of Bays Mountain, where the festivities continued, and most everybody with a new family story to share. "I realized over the years, that the younger people didn't know enough about the family to appreciate the struggles that our ancestors encountered, just to survive. Since there are so many more stories that need to be share," says Mrs. Coley. "I am now satisfying one of my passions, searching, researching and telling my family's history."
Posted by douglassriverview at 8:08 PM