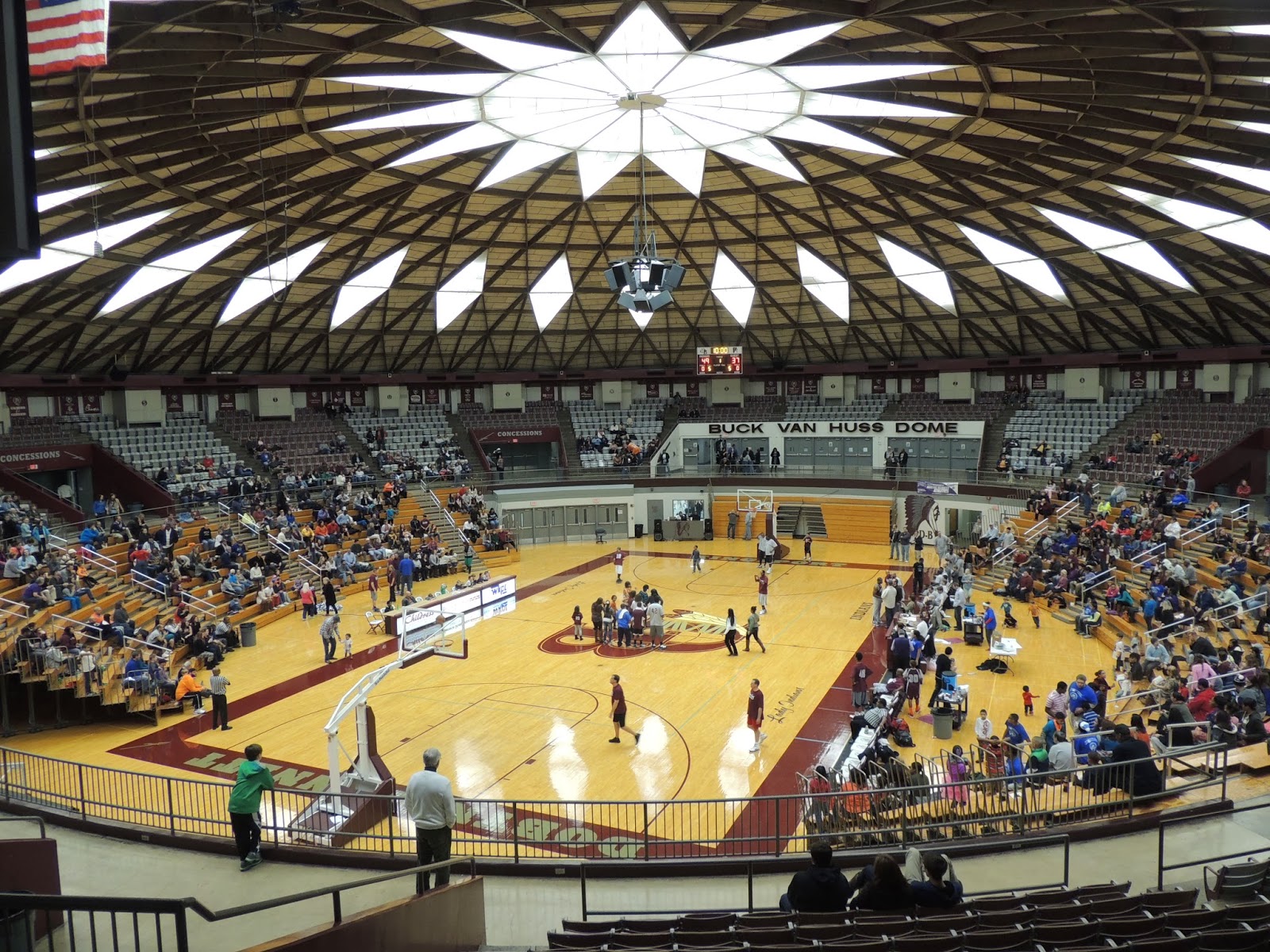 
But this past weekend, they jumped at the chance to reconnect with the game, and the crowds again.
Get them all together for a reunion, and you have the D-B Alumni Basketball game.. 25 former players whose love of the game never left. The game was held in familiar DB Indian territory.. the Buck Van Huss Dome at the school in Kingsport.
"I bumped into (former DB) coach Steve Shipley at a gas station," remembers Fred Smith, former point guard for the Indians back in the early 90's. "We got to talking about how everybody was doing, and how much fun it might be to get the players back together from over the years."
"I didn't imagine at the time it would get this response." 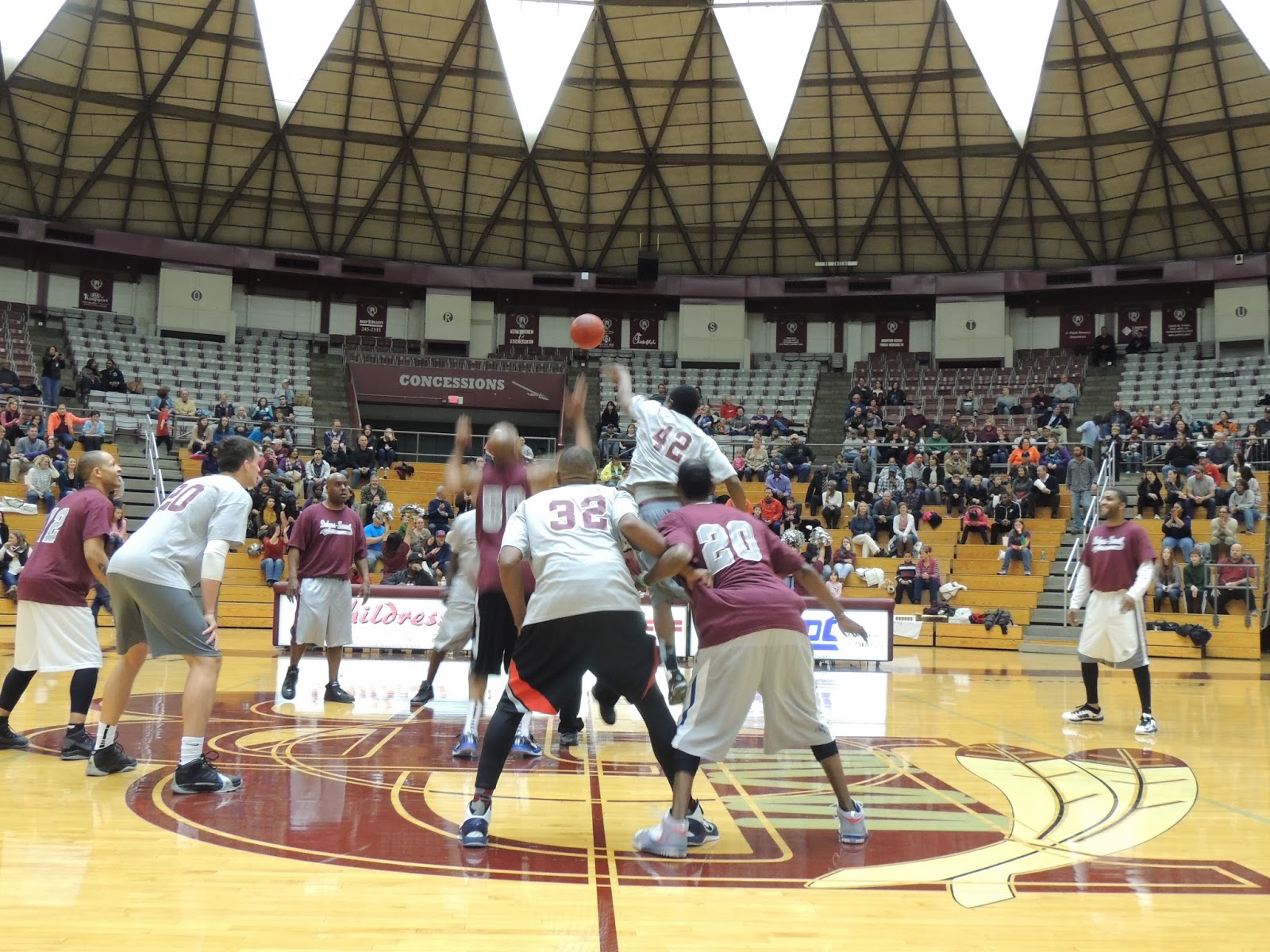 
Hundreds turned out at the Buck Van Huss Dome at DB to relive their memories of some of the school's best players.
"We got Mickey Seavers, Travis Sensabaugh, my younger brother Calvin Smith, Shane Carnes, and Domingo Hale," says Smith just glancing around (a complete player's list is below). "Major Bristol, JaMichael Mills, Trevor Head, and Demar Lewis, one of the best 6 men to ever play the game.. just a good bunch of guys."
So you've got the Maroon Team and the Grey Team.. how did they decide who would be on what team, and who would match up against who?
"We just put maroon and grey in a bag and let 'em draw," Smith says. "A lot of people wanted to go "Coach Shipley versus Coach Van Huss (Shipley succeeded Van Huss on the occasion of the legendary coach's passing in 1990). "Nothing against Coach Van Huss, but his players are a lot older than the ones out here now." 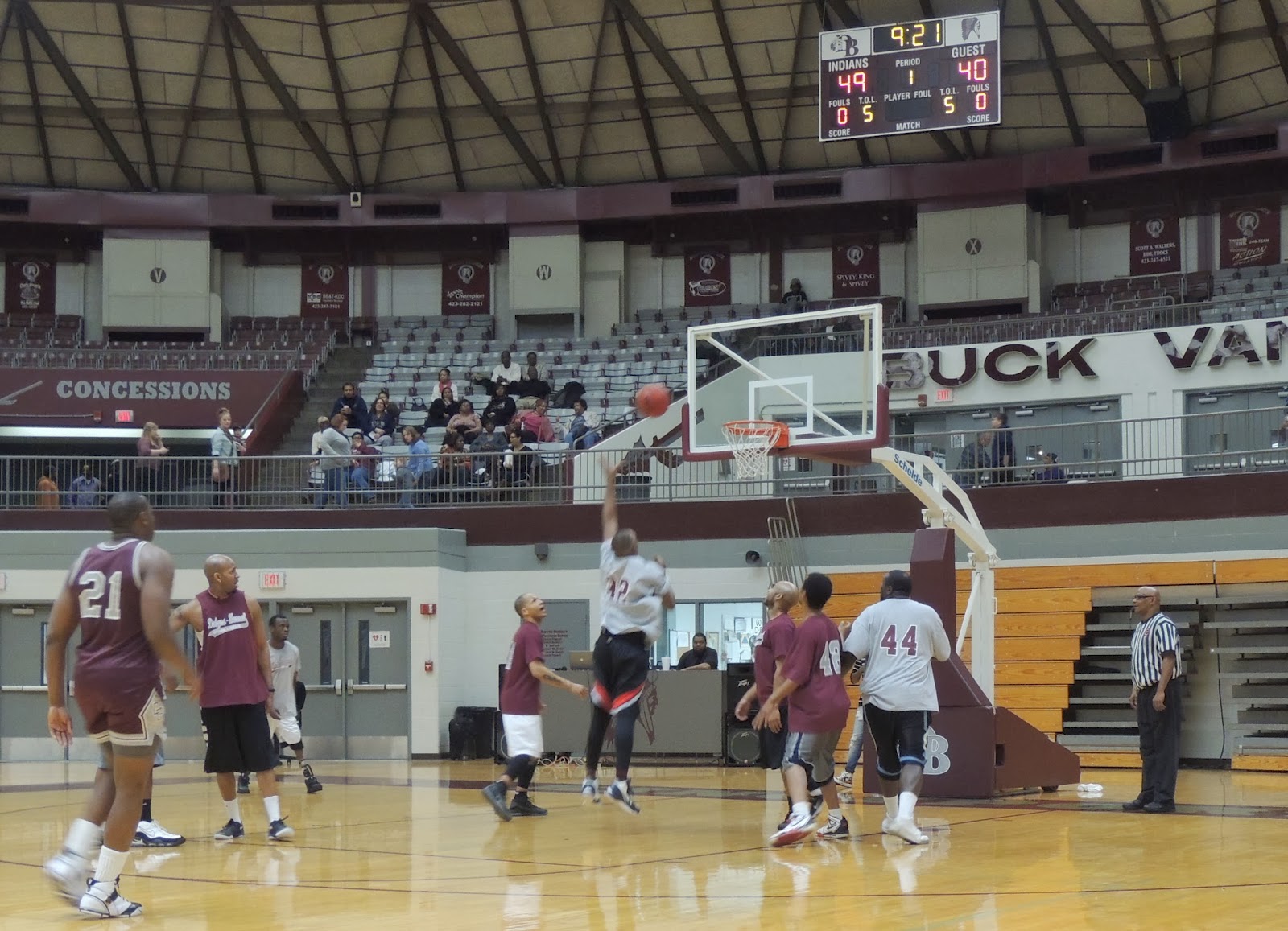 Make sense.. the oldest of the DB players in the Alumni game last played for Coach Van Huss in 1982... 31 years ago.

A portion of the 5-dollar admission goes to the Dobyns-Bennett Slamp Dunk Club. "They help the basketball team when they go on road games," Smith says. "The club also prints the programs and brochures about the team, and even helps maintain a basketball shooting machine that helps kids improve their skills. All the kids practice with it, and it helps them get better."
The DB Alumni Basketball Game was, by all accounts, a huge success.

And don't forget the halftime show.. after a great performance by veteran Dobyns-Bennett cheerleaders, it was the crowd's turn.

Check out the halftime show here. The video is courtesy Josh Harwood at Model City Sports. 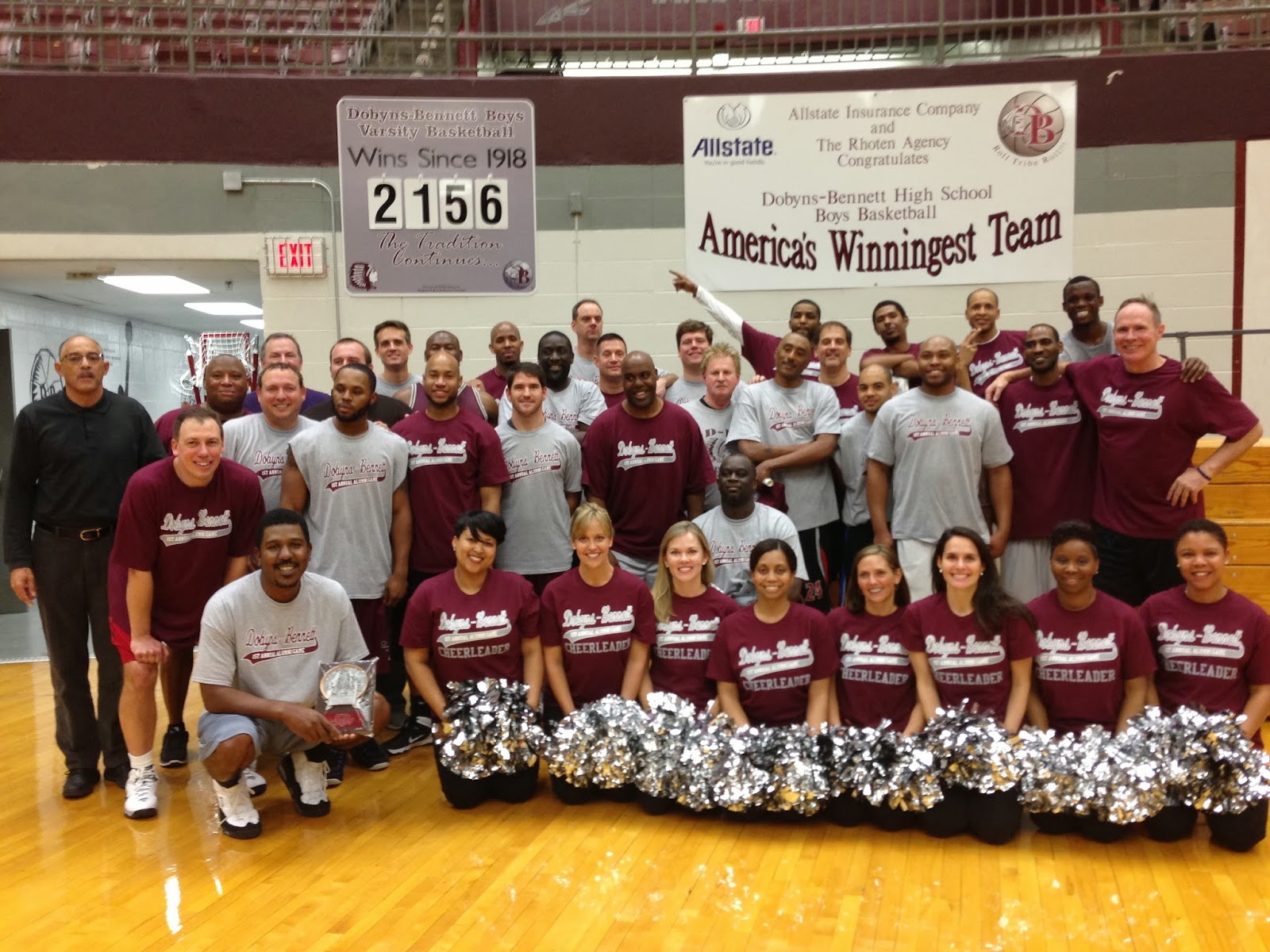 "We are definitely going going to do the Alumni game next year," says Smith. "We got a tremendous response from the guys, plus an even bigger response from players who wanted to play, but weren't able to because we only had so much room. I had them fill out some stuff, so that next year, we'll be able to accomodate everybody."

SLIDESHOW FROM THE DB ALUMNI BASKETBALL GAME FROM CALVIN

A list of the players, their graduation year, and Alumni Game number (to help you with the pictures), follows:

MAROON TEAM: "INDIANS" ON THE SCOREBOARD
Coached by Steve Shipley


GREY TEAM: "GUEST" ON THE SCOREBOARD
Coached by Jeremiah Adams, in honor of his dad Jerry Adams