Douglas School Restoration Is In The Planning Stages!

"It is imperative in our city's history that we preserve the heritage and the legacy of the Douglass School building." 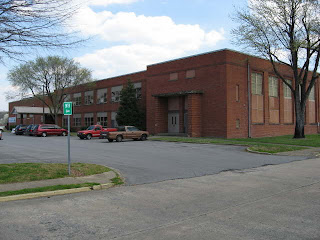 Those words from Kingsport City Manager John Campbell, as the city embarks on the restoration and renovation of one of Kingsport's most historic and revered structures, the Douglass High School building at 301 Louis Street, in the Riverview Community.

Built in 1951, the Douglass School building is the last vestige of an institution that educated more African-Americans during its time, than any other school in Upper East Tennessee and Southwest Virginia before it closed in 1966. An earlier building, at the corner of Center and East Walnut Avenue (now East Sevier Avenue), was torn down before the historical significance of the building could be evaluated.

"The renovations, as planned for the building on Louis Street, will turn the Douglass School building into one of the top, premiere showcase buildings in all of the state of Tennessee," Mr. Campbell says. "It will serve as a model to other cities how to take an existing structure that itself has great significance, and turn it into a one-stop destination for a variety of area functions, yet preserve the legendary status of one of Tennessee's top historical schools."

"Dineen West of the architectural firm Cain, Rash and West has been hired to design the renovation," says Mr. Campbell. "She has been instructed to work extensively with Riverview Community leaders and also users of the building. At this point, Ms. West has met with current occupants of the Douglass School building to understand their needs, and soon she will meet with representatives of the Douglass Alumni Association and members of the Riverview Community. In addition, Terry Cunningham, executive director of the Kingsport Housing and Redevelopment Authority, has provided valuable input, that has been developed from dialog with community residents."

The renovated building will continue to house expanded programs already in the building, plus welcome non-profit agencies all under one roof, including the Douglass Alumni Association, an organization Mr. Campbell says, will have a major role in the renovation process.
A WALK DOWN THE HISTORIC HALLS OF DOUGLASS 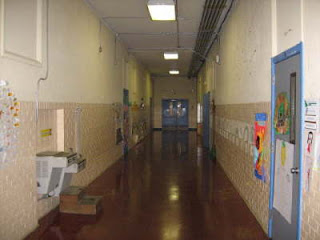 Right now, it is not known when the renovations will begin, nor how long they will take. A later story soon to be published on this website, will hopefully answer those questions, but also go into great detail exactly what offices and projects will be housed in Douglass. Based on the information being provided on the renovation, that story is sure to excite Douglass alumni, Riverview-South Central residents, and Kingsport citizens as a group as to the special features the renovated building will have.

"The Douglass Renovation will help preserve and celebrate the individual and collective successes of the Douglass School Alumni," says Mr. Campbell, "who overcame unique challenges to become leading members of society in Kingsport and elsewhere. At the same time, this project will make huge strides in terms of enhancing and continuiong Kingsport's strong heritage as a volunteer-oriented community. We feel it is important to provide the quality infrastructure need to enhance non-profit organizations as they fulfill their mission of bettering all of our communities, hopefully attracting new volunteers and the capacity to help others."
Posted by douglassriverview at 4:47 PM