"Preaching is a Privilege--And It Doesn't Matter Who It's To, Or Who Delivers The Word" 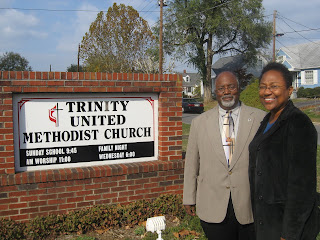 "We preach the Word of God to try and seek the need.. then we present the benefits, and hopefully the Spirit will touch you and you'll accept."

Those words from Reverend Walter Cross, about his and his wife Reverend Angela Hardy Cross' mission work that has brought them to churches in Kingsport and Bristol.

"I can't remember a time when I was not involved in the church," says Reverend Walter Cross, who is originally from Chattanooga's Mount Paran Missionary Baptist Church. "As I was growing up, all the ministers presented themselves a certain way.. they looked a certain way, they talked a certain way, and early on, I started carrying myself like they did. It wasn't until I turned 40 years old, that The Lord spoke to me and said "I told you a long time ago that I had a mission for you, and it is time for you to Preach the Word. It wasn't a voice that spoke to me.. it was a particular sensitivity to a need, and the need was lift the burden of souls, who need to see the Light of Christ."

"When I was growing up back in the early 80's," says Reverend Angela Hardy Cross, "I moved from North Carolina to Alabama to be with my grandfather. He noticed how restless I seemed from job to job, just always struggling inwardly. One day he just told me to 'be still.. God is trying to tell you something.' Whenever he saw me moody and quiet, he'd say 'just be still and listen.'

"That was my call to the ministry."

"We met at a Holston United Methodist Conference at Lake Junaluska, North Carolina," says Reverend Walter of his wife. "As a student of the Word, I was browsing the ministerial books in the Cokesbury Bookstore there, and I glimpsed this young lady, very attractive, looking at a book. I asked her what she was reading, and she didn't seem the least bit interested in starting a conversation. Time does bring about a change, and eventually, we became fast friends. Over time, we realized we were spending a lot of time together, and it became quite evident The Lord was in this plan, so we made the decision to get married in Chattanooga." 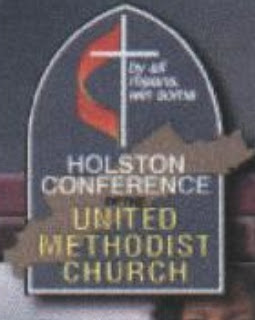 "I am commissioned and licensed as an Associate Member in the Holston Conference of the United Methodist Church," says Reverend Walter. "Every once in a while, our Bishop James Swanson Senior and the 12 district superintendents in the Holston Conference, all meet to discuss gifts and graces of pastors in the conference, and the gifts and graces of the 900 Appalachian conference churches from North Georgia, through East Tennessee, into Southwest Virginia. During those meetings, the needs of churches are discussed, and pastoral appointments are made, based on the gifts and graces of the pastors. The appointments are never based on race, but on the need of the church, and the gift the pastor can give. It was through those discussions, that I was appointed pastor of the Trinity United Methodist Church in Bristol, and my wife was appointed Associate Pastor of the Colonial Heights United Methodist Church in Kingsport." 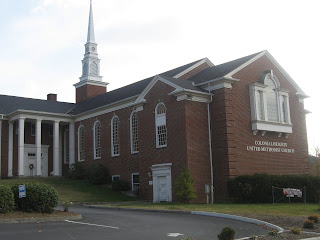 Those two church congregations are predominately white, but the Crosses are united in one belief: "Preaching is a privilege," says Reverend Angela, "and I don't take it for granted. I have a responsibility to deliver God's Word with Trust, with Truth, with Power, and with Love and I do this in any church, whereever." "You have to be culturally aware of what the people need," says Reverend Walter, "no matter where they are, or the color of their skin. We feel blessed of the Lord and highly honored to serve His people where ever they are, black or white, and that doesn't necessarily mean physical location. Sometimes, it's where they are spiritually, where they are financially, where they are in their walk and their religious journey.. it's an honor to serve God's people."

"It's not WHO delivers the Word of Christ.. it's HOW the Word is delivered." 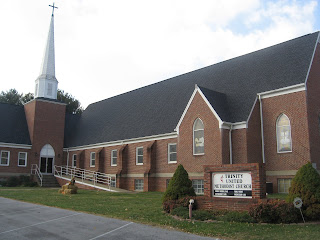 "When you talk to people about Christ these days," Reverend Walter says, "you have to remember.. their parents have lived through some pretty rebellious periods, and the younger folks have lived through 911 and the current Wars on Terror in foreign lands. When you preach to them on Sunday morning, they want the truth, even if the truth is: I don't have an answer myself. They appreciate that honesty, and we have to genuinely present that with sincerity and integrity."

"In our heritage," he continues, "we have a tendency to celebrate every Sunday, because of what we have all been through in the past week. But every church is different.. sometimes, God's Word is softly meditated, sometimes it's an opportunity to celebrate, but the Holy Spirit is the Guide. God's Word is never automatic, contrived or manipulated."


THE REVERENDS CROSS, BRINGING THE LORD'S LIGHT TO DARKNESS 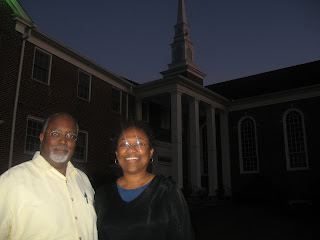 "Preaching the Word is like delivering the news," says Reverend Walter. "Newscasters are gifted to be able to present the news with authority, power and articulation. That brings with it integrity and believability. In this case, JESUS is the happening, Jesus is the news, Jesus is the earliest thing and the latest thing in town. I want to be the newscaster, who reports on the happenings of Jesus."

"When it's live, local, earth-shattering and late-breaking, it's about Jesus, and my wife and I love being the reporters who bring that good news to people everywhere."
Posted by douglassriverview at 1:35 PM