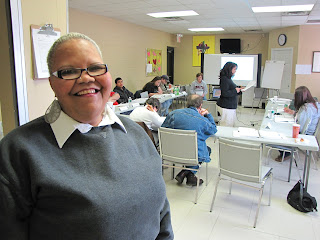 Building up self-esteem is the first step to owning home.

It's no secret, and nobody knows that better than Riverview's Jackie McMiller. She recently graduated the first part of the STEPS program, that has her on track to move towards home ownership in the HOPE VI program.

After a life of what she describes as "fast living" including drug abuse, "I want to start thinking about myself better than I have been," Jackie says. "Some day I want something that's mine, that I can say, 'I own this."

"This program is helping me turn my life around." 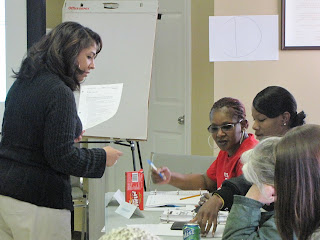 "Lots of times, people have limiting beliefs," says Maria Catron, HOPE VI Coordinator of Community Supportive Services. "They feel that they are not able, or don't have the potential to secure a job, own a home, those types of things. If, as instructors, we can a person believe in themselves, they'll feel like they have that truth within them. You can build on that, and help with the skills they need, in order to secure employment and move toward self-sufficiency, and ultimately, home ownership."

Typically, this is a five-day school, but allowances are made for working folks, people in school, or folks taking care of young ones or seniors in their homes. 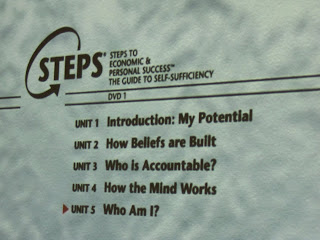 STEPS stands for Steps to Economic and Personal Success. The program was started by Lou Tice of the Pacific Institute, and is taught in many self-help and self-motivation classes around the country. In this case, it helps people seeking ways of increasing their chances of enhanced employment and home ownership opportunities. In Kingsport, it's Basic Instruction 101 in the HOPE VI process.

“To ensure the future success of today’s young people," says Lou Tice during the instruction, "we must address the thought patterns that keep them from living up to their potential. If they don’t believe they can make it, they won’t take advantage of the services that providers are offering.” 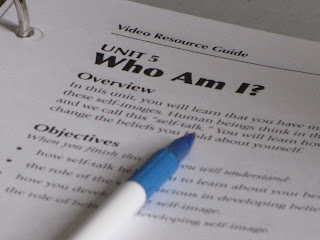 "When I first came to this program," Jackie says, "they asked me a lot of questions about myself. I have trouble reading, and when they told me I had to go to classes, I'm thinking 'oh God, how am I gonna go and I don't read so well. But the counselor told me 'Jackie, I got an idea.. we can get you in a class to help you read better, and there's nothing to be ashamed about. I was scared, 'cause that was the first time I ever told anybody that I don't read well. I read enough to get by, but deep down in my heart, I wanted more than that." 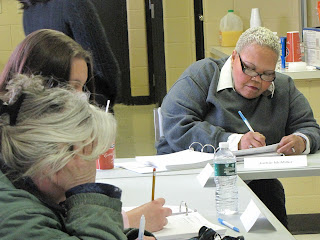 One of the hardest things Jackie says, she faces every day, is not being able to read her favorite book.

"I go to church now (Central Baptist), and I really want to be able to read the Bible," she says. "Because I have changed the direction of my life, I'm in church and I go to Bible Study and they say 'turn to this page and read this..' I never stand up and read, because I can't form the words. It's so frustrating."

"I wasn't fooling anybody but myself, and that's when I decided to take charge of my life and do something about my situation." 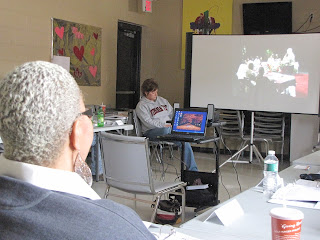 Jackie's counselor gave her enough self-esteem and tools to work with, to attend the STEPS program we found her enrolled in. "I was real excited about that," she says. "I used to be ashamed, 'oh, I'm not going back to school, I'm almost 50 years old and now, why go back just to learn to read. Just all kinds of questions that could have talked me out of it. Maria Catron echoes that sentiment. "People will tell us 'I'm not able, or don't have the potential for this program,' and that's the first thing we try to change." Jackie says, "I finally realized that it doesn't matter if you're 40, 50, 60 or whatever.. at some point, everybody needs to change the direction in their lives." 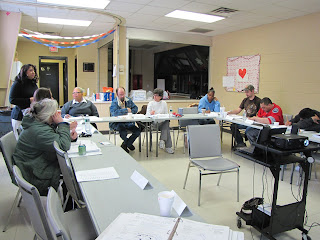 Homeownership is the ultimate goal of most of the 11 people in Jackie's STEPS class. When they all graduate, they'll move into more intensive instruction, through a five-year program during which short-term goals include mastering self-esteem, checkbook balancing, interaction with bill collectors, and living-within-your-means, trying to reach the long-range goals of employment and owning a home.

"We've talked with other housing agencies that run the self-sufficiency program in the HOPE VI program," Maria says, "and we asked them if they could do things differently with their clients, what would they do? They said, 'we've had the employment opportunities in place, and we kept seeing folks come back and back and back, and they were struggling. We found out that if we start with THIS point, establishing the 'yes I can, form of self-esteem, and get into the core of their beliefs, that if they can REALLY believe that they can have a different life and a more positive perspective, they'll wind up being more successful." 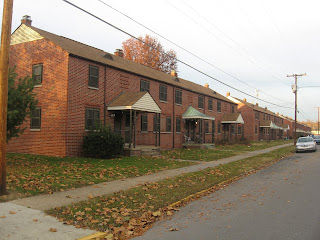 Getting that self-esteem was difficult in Riverview, Jackie remembers.

"We lived in Apartment 87.. I grew up in '87. I've really been in the projects all my life. My momma got a good job and we moved away for a while. A 'misdirection' I'll call it, led me to drugs, and that was the last straw for me. It was a hard ride on me, and my health suffered. I've now got a pacemaker and a defribrulator and I also have deterioration of the spine. I'm supposed to walk with a cane, because my legs just cut out anytime they want to."

"I've come a long way from that 'bad Jackie,' to this Jackie now, whose learned from past decisions," she says. "I went to treatment centers and none of them worked. I talked to other people and it hadn't worked. But when I went to church and got saved, turns out that was all the help I needed. It was that quick and easy. The Lord turned me 'round and said 'I don't care about your past life. Repentance, and admitting that I needed Jesus in my life sealed the deal. He said, 'I care about your life now so that you can join me in Heaven,' and that was all it took. My life started coming together right then." 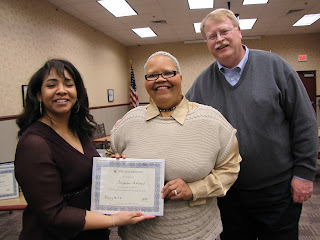 That coming together, resulted in a smiling Jackie McMiller, at the graduation for her self-esteem class, held during a luncheon and ceremony at the Food City on Eastman Road in Kingsport. Jackie joined all of her fellow classmates, in taking the ultimate first step to turning that self-esteem and self-sufficiency into possible homeownership one day soon.

"My goal is to move back into Riverview one day," she says. "It's a much better place now than it used to be, and soon it will be even better. All the riff-raff is gone, the club with all the problems, the shootings and carrying on. I don't want to live around that anymore. I'm older, I don't do the club thing, I've found the Lord.. actually He found me, and said 'I am the Way, the Truth and the Light.' One day, I'll look at one of these homes over here, and say 'welcome to my home.. I own this, and I've made it this far."


After going through the program, Jackie feels that the Lord is also pointing her in another direction. "Pastor Dorcean at Central has wanted to get a group together that would help the young people learn about the dangers of drugs and the lives that get ruined by them. One day, I want to be part of that teaching process. They don't want to go down that road. I've been there... I lost a brother to drugs, and almost lost my health. The pain I go through is terrible, and I don't wish that on anybody, not even my worst enemy." 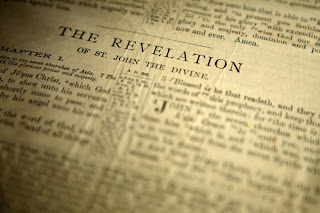 And finally.. Jackie has one more goal. It involves her favorite book.

"One day, I will be able to sit in my own living room by the window in Riverview and read the Bible," she says, pausing to get her composure. In a faltering voice that trails off, she quietly said "Revelation is here, right now.. it's coming true."

"And I want to be able to read it to others, so they can be ready."


EDITOR'S NOTE: If you're interested in enrolling in the STEPS program, or any of the homeownership opportunities with the HOPE VI program in Kingsport, please call Maria Catron at 423-392-2590, or visit the HOPE VI-Fresh Start website by clicking here.
Posted by douglassriverview at 1:48 AM