There wasn't a single minute that Atlanta's Terrance Bennett did not want to tap dance. 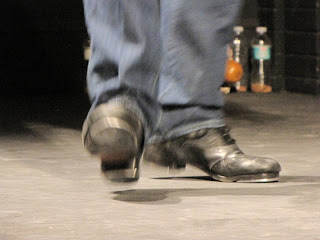 "The masters back in the 30's and 40's, both men and women, found it difficult to find work, because most of the African-American tap dancing shows, began shifting to musical theater," he said recently during a break in a Kingsport workshop with his tap dancing partner Tre McClendon. "Tap started disappearing from the public scene, and most of the dancer went underground. They had day jobs, but at night, they still tapped and loved to tap dance. They just couldn't find anywhere to showcase their talent." 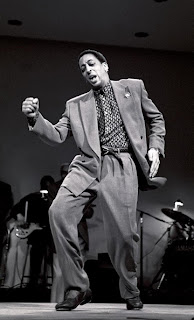 Terrance credits the movie "Taps" with Gregory Hines, for bringing the long, lost art of tap dancing back. "He actually brought many of those ole-time tap dancers out of retirement and showcased them in the movie. All of a sudden, American re-discovered an art form that was bourne out of the desperation of trying to feed one's family during the Depression. When the movie came out, tap dancing started to re-emerge and people became interested in it again." 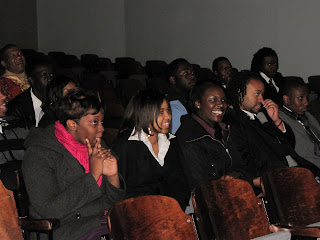 It's no secret that tap dancing is one of the few art forms that actively engages the audience, especially if the tap dancer is on his or her game.

To see a slide show of the tap dance workshop held by Terrance and his tap dance companion, Tre McClendon, click here. If the picture is blurred, it's because they were moving quite fast.

"It's the percussion," Terrance says, "and it's the unexpected. Audiences can really get mesmerized by the rapid movements of the feet, and then you slip something in that they weren't expected. It's like icing on a cake." 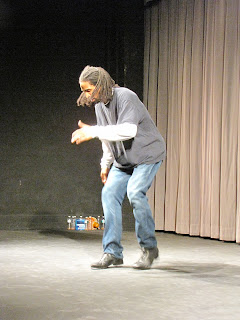 "The idea that a dancer can move and create, both at the same time, is just fascinating," he says. "Before I started tap dancing, I looked at tap as almost magical, because here were people who had two feet, just like I did, and they could create sound with their feet in ways that I couldn't figure out and there they are, right in front of me."

It's that magical perception that connects people with tap dancing, and, judging by the audience that flocked to the Kingsport Renaissance Center's auditorium to watch Terrance and Tre compete, it's quite successful. It was difficult for folks to look away while they were watching. 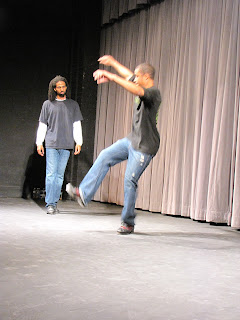 "McClendon and I have worked together for years," Terrance says. "He was actually a student of mine. I taught tap dancing at his parents' studio in Stone Mountain, Georgia and he was just starting high school. At the time, he wasn't a great tap dancer, but he did become passionate about tapping when I started working with him and it just took off. As he matured, we just kinda took the routine on the road."

One of the most engaging things about tap dancing, is its ability to create a competition between two or more dancers.

"Back in the day, tap dancers literally stole steps from each other," says Terrance. "In the vaudeville days, people had to be competitive because they were all going for the same job. If you weren't the best, you didn't get the job, and if you had a family to support, it was no fun getting beat. Your family would not eat, if you didn't get the job." 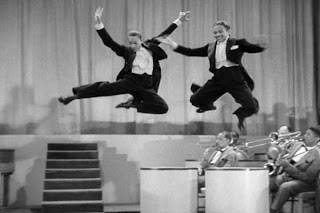 "So, tap dancers became more outlandish in their routines. We've all seen the Nicholas Brothers doing front flips, splits and stuff..that was just the tip of the iceberg. You had guys jumping off things 10 feet tall, back flips, throwing each other up.. anything they could do just to make their acts stand out, so they could survive. It became an art form, because of that."

And what of folks, wanting to learn tap dancing?

"It's not as difficult as it looks," says Terrance. "There are beginner classes all over the place. I have a website www.tapdanceman.com where I teach online tap lessons, and you can practice right at home. You don't even have to have tap shoes. Most of my practicing, I do in my regular shoes because I don't like wearing them shoes all the time." 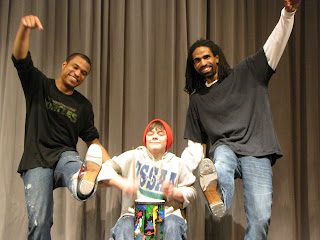 "But get ready, though.. it's a good cardio-workout."
Posted by douglassriverview at 11:32 AM