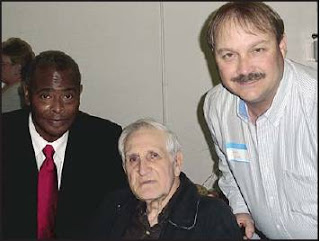 “This race isn’t about Democrats. It isn’t about Republicans. This race is not even about independents. This race is about people,” Vaughn told about 180 supporters at the event. “I’ve never asked anybody what their politics were when they are in need.”
When contacted for a response, Shipley said he hasn’t set a date for a formal re-election announcement because of his ongoing work as a legislator.
“We have been doing the things that are necessary to be re-elected, and that has to do with constituent service and getting things done for the community,” Shipley said. “I will run the same campaign I ran before. ... It will be based on facts and issues. I will run against his record again. I hope, this time, that he will decide to debate the facts and the differences in our philosophies and the differences between our parties.”
Vaughn, who served as the district’s representative for three two-year terms, lost his 2008 re-election bid in a contentious campaign to Shipley by 326 votes or about one percent of the total votes cast.
That campaign included a House GOP Caucus operative being convicted of a misdemeanor for creating fake Web sites in Vaughn’s name to asso- ciate him with organized labor; attacks from Shipley and House Majority Leader Jason Mumpower of Bristol; and the Tennessee Republican Party’s so-called “blackbird” direct mail piece that claimed Vaughn was “part of the liberal, big government flock” with then presidential candidate Barack Obama and U.S. House Speaker Nancy Pelosi.
Vaughn, elected as Northeast Tennessee’s first African-American state lawmaker in 2002, insisted he won’t be aligning himself with anyone in Washington.
“There are going to be folks who try to put my head on a crow and tell me that I’m with Obama and Nancy Pelosi. Folks, don’t believe that garbage,” Vaughn told the crowd.
Vaughn said Shipley “said an awful lot of evil things about me” in the 2008 campaign, and he told his supporters not to stand still if negative attacks “distort who I am” this year.
Vaughn said he would not go negative on Shipley personally, but would talk about his two-year record.
“We’ve got an unemployment rate of 10.7 percent. We’ve got people out of work. We’ve got people losing their homes, and we’ve got legislators in Nashville passing ATV bills,” Vaughn said of Shipley’s legislation that would allow ATVs to ride on locally approved roads.
Vaughn also said “things began to happen” on State Route 126 upgrading in 2003 after he took office, but added Shipley used the road project as a campaign issue against him in 2008.
“I’ve heard him say in 90 days the bulldozers would be on State Route 126,” Vaughn said of Shipley. “Sometimes I take a ride on 126 just to look for the bulldozers. ... He gave a (rebuilding) date of 2020, and he doesn’t know if it’s going to happen.”
Vaughn noted Shipley has made “awful statements” about the Tennessee Department of Transportation and has had a conflict with Health Commissioner Susan Cooper.
“How can this be helpful to the people of the 2nd District?” Vaughn asked the crowd. “In 2008 my opponent didn’t have a record. He could tell you anything. He had never been elected to anything. He had promised everybody everything. He said he could take the tax off agricultural products grown in Tennessee. I told him ‘You can’t do that.’ ... He said he was going to pass a bill... I’m still waiting for that bill.”
Vaughn began his remarks by saying Democrat Gov. Phil Bredesen had sent “a little bit more than his best regards” to his campaign.
“We’re going to be talking to everybody in this district,” Vaughn said. “We need to be working on jobs. We’re going to be talking about the things important in this county ... not about the garbage in people’s lives. It’s going to be a tough race but we have to stand up and not let (Shipley) get us down.”
As a result of Vaughn’s 2008 loss and other House seat pickups by Republicans, the GOP now has a 51-48 majority in the state House. The 2nd House District includes parts of Kingsport, Colonial Heights, Indian Springs and Sullivan Gardens.
Posted by douglassriverview at 1:48 PM