"They're very nutritious and not as fattening as soul food," says Gerry Harrison, who help provide samples of African food combinations in a workshop at Kingsport's Renaissance Center for Black History Month. 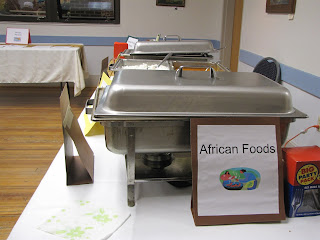 Click here to see a slideshow of the African-American Cuisine exhibit and sampling.

The African-American Cuisine exhibit and food samples, proved to be well-liked, by folks who stopped by one of the Renaissance Center's conference rooms, where the food was laid out for sampling. At any given time, people were lined up to try samples that were prepared from scratch. 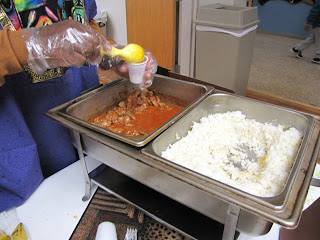 "For the third year, the most popular kind of soup we served was the beef stew with rice and the banana slices," Gerry says. "It was amazing how many people remarked about how good it was, having never considered the combination. The banana actually brings out the flavor of the beef and the meat sauce. It's a beef that you don't add any water to, it makes its own broth, and you put a lot of things in." 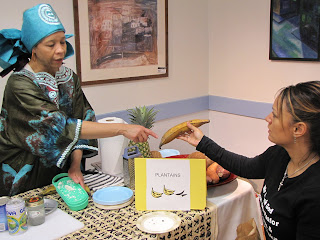 "I had a friend from Nigeria.. actually, she's my daughter's mother-in-law," she says. "She stayed in the States 3 summers ago, and she used plantains instead of bananas. At first, I was kinda leery of it, too, but I said 'I'm gonna try it.' It was much better than I thought.. an idea from the Motherland that was just different." 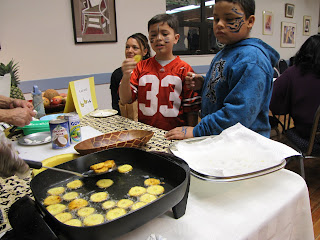 "She also showed us how to do fried plantains, too," says Gerry. "Both plantains and bananas are high in potassium, but plantains have a coarser, more dense content. The substance inside is not as soft as a banana.. bananas will fry up and get mushy on you, but the plantains will not. The green plantains have a totally different taste than the black ones. The black ones are used mostly for desserts, if you want the sweetness to come out. If you want something like potato chips, cut the green ones thin and fry them." 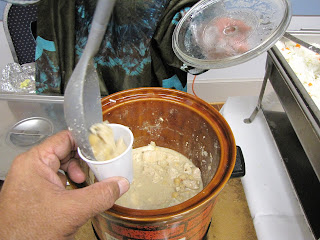 Another African food combination that raised a few eyebrows, but later tickled a few taste buds, was chicken stew with a little peanut butter in it. 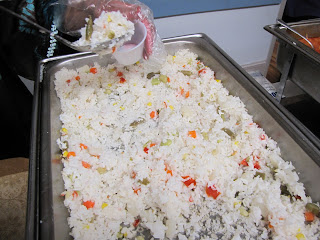 And then there was rice, normally a staple in most diets. But not the regular rice you're familiar with.

"All of these dishes we served with coconut rice," Gerry says. "This went over quite well. It was also the second year that I decided, for the display, to make the Sweet Potato Bread, with fruits and nuts, and also banana bread. Altogether, we had soup, stew, 2 different kinds of rice, and 2 different kinds of bread."

One thing's for sure. African cuisine will definitely fill you up, but won't bloat you out. 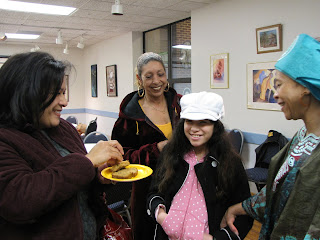 "African foods don't use the same oil that we normally use in this country," says Gerry. "They use peanut oil, which is much lighter than the oil we use. In the African culture, they use a lot of natural herbs and seasonings, which are better for you. We've got food cravings for things from time to time, but if you don't fry a whole lot of food, over-sugar them, or put a lot of fat in them all the time, they can be healthy for y9ou.

"But it's the combinations of fresh foods and herbs that people in Africa use, that are more healthy," she says. "Don't be afraid to try the different African food combinations that you can find online.. they give a whole new, wonderful taste that you've never experienced before.

"Healthwise.. that can be a good thing." 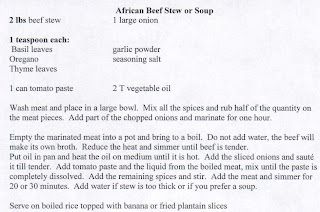 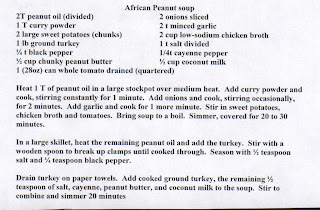 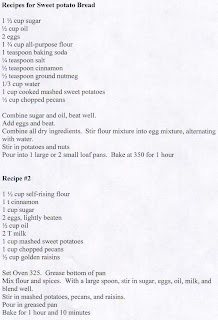 Posted by douglassriverview at 9:36 PM