"He Always Had a Ball and Glove in his Hands:" Mrs. Pinkie Remembers Willie Horton

"I remember he was always quite busy, but he always had that ball and glove in his hands." 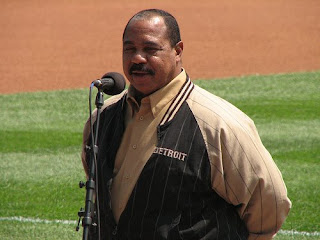 When Willie Horton was growing up in Southwest Virginia, his sister-in-law remembers him as an ambitious youngster, who was always getting into something.

"Willie was six years old when I first saw him, says Mrs. Pinkie Horton. "He always stayed with us at our house in Virginia, 'cause he and (my son) Jimmy were the same age. Later on, he came to Kingsport and stayed with us for a while after we moved there. You'd still see him with a ball and glove all the time. He didn't talk about it much, but he could play. We always had that thought about him."

"Willie was a typical child growing up, but he was spoiled," laughs Mrs. Pinkie. "He was the youngest of 14 children, and they petted him, all 14 of them. Him and his cousins would be messing around in my and Ray's room, and I'd walk down the hall and I'd hear 'here comes Pinkie.' I'd say 'what y'all doing in here, and I'd whup everybody, didn't matter who it was. Willie'd run up under the bed and holler out 'Pinkie, I ain't doing nothing.' He'd get whupped anyway."

"We did go and see him play a lot," she says. "I never did like baseball. I liked football, but when they signed Willie up, I thought that was just the greatest thing in the world.. all of a sudden, baseball had a new fan in me. I didn't watch anything of the game on TV, but him. I'd always say 'y'all call me when Willie bats.. that was the only time I was watching it, except when I went to the ball games. We'd all go up to Detroit and I'd watch it all because we were in the stadium, but I only watched Willie bat, when it was on TV." 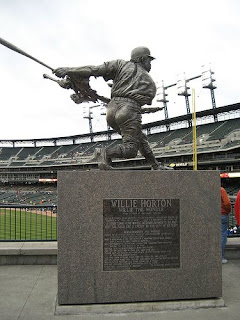 ""When they put up that statue of him," Mrs. Pinkie says, "we all went up for that. Whenever you can go far in baseball like he has, it's really good and something to be proud of. Some of the family acted like they was kinda jealous of him, but I never believed any of it. They had just as much pictures of him as we did, and they went to as many games as we did." 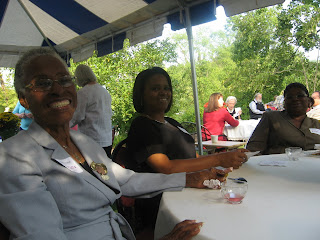 "People always think you're a celebrity when we make it out of the mountains," says Mrs. Pinkie. "Even when I see somebody now, it's that way. A woman came up to me at the Walk of Fame thing and said 'oh you the great Pinkie that Willie's always talking about,' and I laughed and says 'no, I'm not great.. I'm not great, the God I serve is great, but not me."

"I'm really appreciative of what the museum is doing to honor these folks," she says. "But that's the good thing about Big Stone, Appalachia, Norton.. it's a small place and the white and black are always proud of what happens to anybody that makes it big in the world." 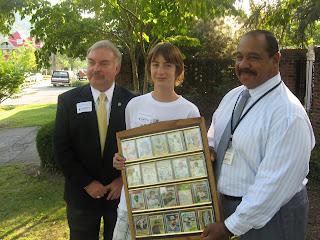 "The legacy that Willie leaves behind for the children coming along, is that he made it out of the coalfields and made it big," she says. "Just him making it, being the ball player that he is, and he didn't change from himself. Just a nice person, takes time to talk to people, and has never forgotten his roots."
Posted by douglassriverview at 5:40 PM