New nonprofits committed to the site are Kingsport Tomorrow and the Susan G. Komen organization.

THIS ARTICLE IS COURTESTY THE KINGSPORT TIMES-NEWS


KINGSPORT — A couple more milestones have been reached in the V.O. Dobbins Community Center renovation and expansion project — architects have been hired, and the list of nonprofit organizations going into the new facility has been finalized. 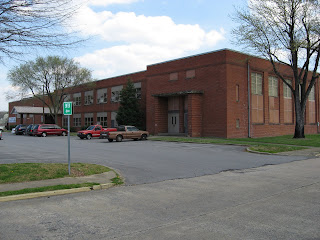 City staff gave the Kingsport Board of Mayor and Aldermen an update on the project during a work session last week. The BMA voted to hire the architectural firm of Cain, Rash, West on Tuesday during its regular meeting for $479,826.
“The next step is taking the conceptual drawings we have and begin putting that in place for the construction drawings,” said Chris McCartt, assistant to the city manager. “We’ve done the programming and conceptual design, and we now have the tenants in place, space allocated within the nonprofit wing, and layout for remodeling and various others sections.”
McCartt said CRW’s work would take about three months to complete, which will include a state fire marshal review, a six-week process.
“I’d like to see some activity on the site this year. I know that may not happen in the form of new construction, but we may look at doing some select demolition at the site to give us a much better understanding of what we’ll be dealing with during the construction phase,” McCartt said.
“Any time you go into an old building for rehab or an addition, knowing what’s behind that structurally makes it easier for the contractor and us to have a firmer cost estimate,” McCartt said.
The project calls for demolishing 13,600 square feet of the existing building, renovating the remaining 46,000 square feet, and adding approximately 50,000 square feet of space — 27,910 of which will be a new nonprofit c e n t e r.
Earlier this year, the American Red Cross — which was expected to take up the first floor of the nonprofit wing — pulled out of the project, causing the city to scale back the size of the wing by 3,000 square feet.
The BMA voiced concern in August when McCartt announced the nonprofit wing would open at 100 percent occupancy. Therefore, McCartt said the space was reworked, allowing for an 1,100-square-foot incubator suite to be housed in the new wing.
“We went in and on the first floor added 600 square feet. By doing so we made offices on the first floor more efficient, and we were able to develop a suite with 1,100 square feet,” McCartt said.
Organizations previously committed to the nonprofit wing include the United Way, American Legion and the Upper East Tennessee Human Development Agency (UETHDA) and its Neighborhood Service Center, Big Brothers/Big Sisters and Mountain Region Speech and Hearing.
In addition, Kingsport is allocating space, computers and furniture for the nonprofit Douglass Alumni Association and the Sons and Daughters of Douglass Web site free of charge.
Two new nonprofits were announced this week — Kingsport Tomorrow will be moving from downtown to the new wing, and the Susan G. Komen organization will have a small office in the wing as well.
Early estimates place the cost of the project at $8.4 million (with a worst case scenario being $9.5 million). Kingsport has applied for New Market Tax Credits to help offset the cost of the project — $1 million to $2 million worth, or 15 percent to 20 percent of the project. Kingsport has earmarked $5.6 million in its capital improvement plan for the project, and even if the city gets the New Market Tax Credits, a roughly $2 million gap in funding would still exist.
“We’ve put together a marketing packet for the center talking about the project, its history and the agencies committed. That has been submitted to various investors,” McCartt said. “It’s on the market now, and investors are looking at it. We should hear something back within the week.”
Posted by douglassriverview at 12:04 PM