"My goal in life is to get out there and tell young blacks what it takes to survive." 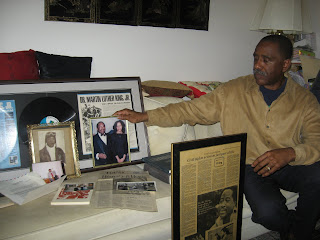 Those words from Linus Griffin, as he remembers his life from the coal fields of Southwest Virginia. through the troubled halls of the 60's Civil Rights era, to the hallowed halls of Motown Records. His father was famed author and newsman Dr. Junius Griffin.

EARLY LIFE
Born in Stonega, Virginia just as his father was, Linus says he lived with his grandparents until he was 10. "At that point, I really didn't know my father very well and was kinda rebellious, but my grandparents instilled a love of family in me. When the coalfields went bad, my grandparents moved to Massachusetts. Later, I moved to Detroit to be with my mother, and my other relatives, the Hortons. I was able to watch my cousin Willie when he became a baseball player. I ran away back to Massachusetts to my grandparents, and I got my high school degree in Stanford, Connecticut. 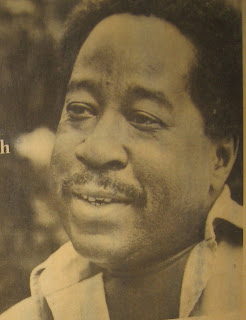 "On my graduation day, my father came back into my life," Linus remembers. "He picked me and took me to Washington, D.C. where he worked as a newsman." 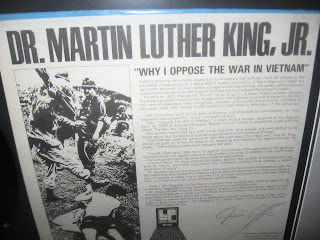 "He had already been associated with Doctor Martin Luther King, Jr., and I was well familiar with the Civil Rights movement. We were living in the Georgetown Inn, and it was about that time that the people at Motown signed him to a contract. Here we go back to Detroit, and I was suddenly back with my family there. He later became the director of Motown Public Relations."

BLACK AND RADICAL, BUT WITH A MISSION
Linus's story takes another decidedly dramatic turn during this time as he entered collegiate life. "My dad's first secretary at Motown was Carina Ross, the sister of Diana Ross. Diana's brother "T-Bone" Ross and I went to Morehouse College in Atlanta for school, and at that time during the early 60's, had some great debates going on betwen the SCLS, the Black Panthers, and others representing the 'going back to Africa' movements. During one confrontation, I stood up and told the Morehouse Board of Trustees 'you guys are all bull-@#$%^%$'ing,' and it led to a bunch of us locking up the trustees. We had come to realize that they were not teaching the black students to be self-respectful.. we felt that they were prepping kids to the black bourgeosie, and we saw through that. Basically, they were teaching us how to be white, and how to act in a white world. Our actions were very radical and we could have done things that were very explosive, but the way Dr. King and my father had taught us, I kept myself under control." 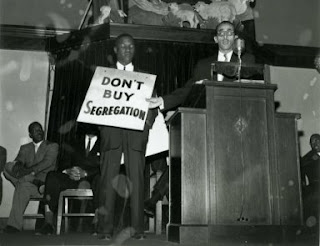 "Morehouse kicked everybody out of school, including me and T-Bone, but they took us aside and told us if we'd just be quiet, we could come back," Linus remembers. At the time Motown was giving Morehouse about $50,000 a year. We told 'em to 'go to hell.'"

"At that time, I had made some contacts with the Black Panther Party, and a year later, T-Bone and I spent some time at the party headquarters in Seattle. I discovered that, although they were quite radical but the Panthers were also very intellectual blacks."

"I got into the University of Washington, started playing international rugby, learned how to ski, and went back to Morehouse and graduated. It was a whirlwind. Because of the civil rights stuff, Robert Johnson with Johnson Publishing wanted to do a story on me, but I refused. I was a radical, but I was radical with a mission. There were so many things in our history that were vital to our future as a society, but we were being taught the white way to go into society. I found that out at the University of Washington." 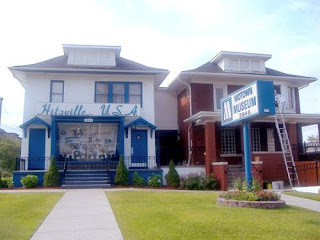 Growing up with Stevie (Wonder) was a treat," Linus remembers. "I would always make his mom bloody mary's. Stevie's brother Calvin worked in the supply room at Motown, so whenever I needed albums to send to a girlfriend, it was Stevie's brother Calvin who'd give them to me to send out. I used to live with Dennis Edwards of the Temptations, another of my good friends was Rick James. I was Linus Griffin, and I felt that what I was doing, was just an extention of what my dad was doing." 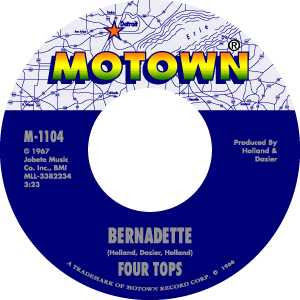 "Motown transferred my father out to Los Angeles, because that's where the music business was concentrating," says Linus. "The first time I went to LA with my dad, I lived in Diana Ross's house for a week before my family came out there," Linus remembers. "When they got to LA, first we lived in Thousand Oaks, then up on Mullholland Drive, and our house overlooked Universal Studios. Smokey Robinson's niece had the first beauty shop in Hollywood. We would go there where all the gossip was. We were a family, it was just a big Motown family and since we were all from Detroit, we had to stick together because there were a lot of fights with the Hollywood folks. We were the new kids, we were new on their turf and because of that, there was this tightness with the folks from Detroit. There weren't many blacks in Hollywood at that time, except for my dad, people like Bill Cosby. Sometimes when I would come back to the house, there would be people like Kareem Abdul Jabbar, Julius Ervin, Charlie Scott, people like that, waiting for me at my dad's house. I was the man about the house."

LIFE AND LEGACY
"Right now, I'm writing a book," Linus says. "I want to give the young people an experience of what it was like growing up in the 60's. I am a product of survival, and although I have never been to jail, I have definitely been in trouble. God has really blessed me with a lot of wonderful people.. people like Mama Jill Ellis, who has helped keep my family's history and legacy alive." 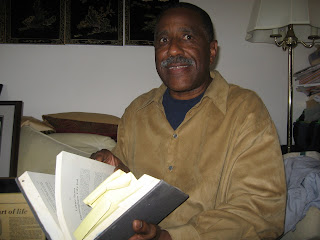 "My religion has always been there," he says, "ever since my grandfather's AME church in Stonega, Virginia that is still standing. It's important to pass on one's heritage, because these days you don't find a lot of people stepping into the older ones' shoes. I was only half a man until I found God, and that completed me. Once you get that faith in the Lord that you're much more able to deliver.. in the sense that you can watch your tongue."
Posted by douglassriverview at 6:44 PM