FROM THE ASSOCIATED PRESS, VIA THE KINGSPORT TIMES-NEWS 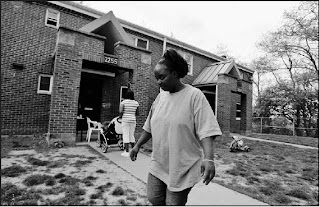 The sounds of laughter and screeching car tires waft up through the second-floor windows, occasionally forcing Sowell to raise her voice. Exhaustion clouds her eyes, the pain and difficulty of living in poverty aging her beyond her 34 years.
Sowell’s 1940s-era barracksstyle public housing complex was demolished in 2005, and the Pittsburgh Housing Authority promised her a new town house with a dishwasher and backyard. But new rules requiring her to have a job threaten to keep her in this three-bedroom unit where a living room sofa doubles as her bed. 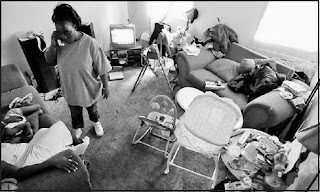