WILLIE HORTON, DOCTOR JUNIUS GRIFFIN AMONG THE HONOREES--WATCH FOR THE STORY NEXT WEEK


The 23 initial inductees — eight of whom are still living — will be honored at a ceremony Saturday to unveil the walk featuring engraved tiles on the grounds of the Southwest Virginia Museum in Big Stone Gap.

ROANOKE, Va. — What do the Carter Family music group, Francis Gary Powers and Daniel Boone have in common?
The legendary country musicians, the U-2 pilot shot down over Russia and the frontiersman all have connections to Virginia’s coal country. That makes them eligible for honors on a new Southwest Virginia Walk of Fame in Big Stone Gap. 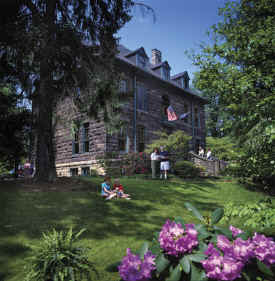 The 23 initial inductees — eight of whom are still living — will be honored at a ceremony Saturday to unveil the walk featuring engraved tiles on the grounds of the Southwest Virginia Museum. The porcelain tiles are fashioned to resemble the native limestone and sandstone used in the late 19th-century house where the museum is located, said director Sharon Ewing.
“What we want to do is bring focus to our region, how our people from Southwest Virginia have contributed to our state, nation and world,” said Ewing, herself a Lee County native.
More than 60 Southwest Virginians were nominated for inclusion on the walk, the museum director said, and the initial group was chosen by a committee of academicians, historians and community leaders. Plans call for 10 names to be added every five years.
Ewing said the idea for the walk came from Virginia Beach, which has a Virginia Legends Walk honoring people from all over the state. The coalfields pathway is restricted to people who were either born or spent at least five formative or creative years in the coalfield counties of Lee, Wise, Scott, Dickenson, Russell, Buchanan and Tazewell and the city of Norton.
The Virginia Beach walk honors Gen. George S. Patton of Lexington, for instance. Its southwest counterpart will have a tile for actor George C. Scott, the native of Wise who won an Academy Award for his portrayal of Patton.
“Lots of folks could claim Boone,” Ewing admitted, but added that his influence while in Virginia was great.
Boone and his team blazed “The Wilderness Road” through the Cumberland Gap and into Kentucky in 1775, according to the museum’s Web site, and before the end of the 18th century 200,000 settlers had followed the route he marked.
“I cannot think of anything at that time that singly shaped the nation more,” Ewing said.
The walk’s inductees include writers, politicians, musicians, athletes, scientists and military heroes, and several have rags-to-riches backgrounds.
Napoleon Hill, adviser to President Franklin D. Roosevelt and author of “Think and Grow Rich,” one of the all-time best-selling self-help books, was born in a one-room cabin on the Pound River in Wise County.
Junius Griffin, who was born in the Stonega coal camp, went on to become a New York Times reporter and then worked in public relations on behalf of Martin Luther King Jr. and later Motown Records.
Included are three former Virginia governors: Linwood Holton, George C. Peery and Henry C. Stuart. Also on the list is C. Bascom Slemp, a Lee County native and former congressman whose bequest made possible acquisition of the museum’s quarters and construction of the walk.
Several of the honorees have said they’ll attend the ceremony, including television writer and novelist Adrianna Trigiani and William Starnes, a chemist who is a leading expert in vinyl plastics. Also expected is Willie Horton, a former left fielder whose No. 23 jersey was retired by the Detroit Tigers.
Ewing said others will have representatives there, including the nephew of Dock Boggs, whose music is credited with influencing Bob Dylan, and the son of college basketball star Glenn Roberts, who put the jump shot into practical use. Dr. Dixie Tooke-Rawlins, dean of the Edward Via Virginia College of Osteopathic Medicine in Blacksburg, will attend on behalf of Dr. Andrew Still, a physician who developed osteopathy.
Posted by douglassriverview at 10:24 AM