They called him "Willie the Wonder, and for good reason. Four-time baseball All-Star Willie Horton was a mainstay in the Detroit Tigers outfield, and an important member of the 1968 World Series Championship team. He spent 14 of his 18 seasons with the Tigers, hitting .273 lifetime, with 325 home runs, an American League Outstanding Designated Hitter Award, and a Comeback Play of the Year award.

Willie Horton was born in Arno, Virginia in 1942. He played for six American League teams, primarily the Detroit Tigers. 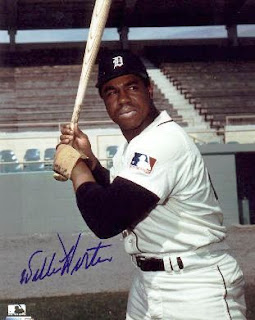 He hit 20 or more home runs seven times, and his 325 career home runs ranked sixth among AL right-handed hitters when he retired. He enjoyed his best season in 1968 with the world champion Tigers, finishing second in the AL with 36 homers, a .543 slugging average and 278 total bases.

In the later years of his career, he was twice named the AL's top designated hitter. He posted double-digit home run totals in 12 regular seasons from 1965-76, and hit two home runs in a game on 30 occasions. He had a career-high 36 HRs in 1968, a pitcher's year in which Detroit won the World Series; he finished second in the AL to Frank Howard in homers, slugging and total bases. 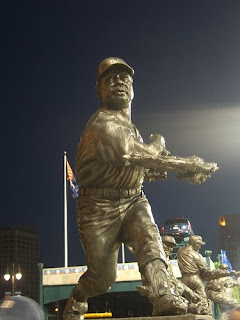 On July 15, 2000 Horton became just the sixth former player given the ultimate honor by the Detroit Tigers; a statue of Horton was placed in Comerica Park and his number 23 was retired, joining a select group that includes former Tigers players Ty Cobb, Charlie Gehringer, Hank Greenberg, Al Kaline, and Hal Newhouser. 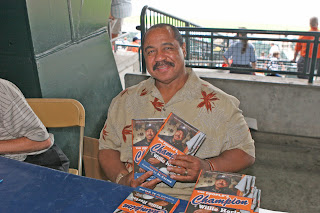 Since 2003, Horton has served as a Special Assistant to Tigers President/CEO/General Manager Dave Dombrowski. Former Tigers teammate Al Kaline also holds this position, and the two threw out the first pitch of the 2006 World Series at Comerica Park.

Horton and his wife Gloria, share 7 childred and 19 grandchildren, currently live in Bloomfield Hills, Michigan. He calls his family "his background," and says he is most grateful for Gloria, who has always supported him and helped him to be his confidence when he needed it the most.
Posted by douglassriverview at 6:27 PM