VIDEOS: Willie Horton on Coming Home and his Legacy

It's an exclusive video interview with former Detroit slugger Willie Horton in the PHOTO GALLERY. Willie talks candidly about his career, coming home to Southwest Virginia, the honor of being inducted into the Southwest Virginia Museum Walk of Fame, and what he wants young people to realize from his struggle to be the best in Major League Baseball.

A separate video shows Willie accepting his induction award into the Southwest Virginia Walk of Fame. 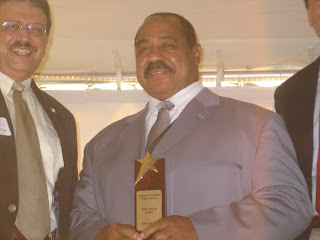 NOTE: You will need the Adobe Flash Player to see the video and remember.. don't move your mouse while the video is playing back.
Posted by douglassriverview at 5:30 PM