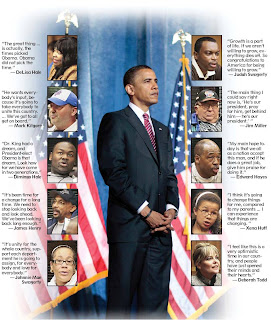 Last week the Times-News gathered together a group of area residents to talk about the inauguration Tuesday of the 44th president of the United States, Barack Obama — the first African-American elected to the nation’s top post.
We talked to more than a dozen people ranging from 4 years old to 60, from varying ethnic backgrounds, and including some who originally supported candidates other than Obama during last year’s presidential campaign.
Now, however, they all share a mood of optimism — of hope, of faith — for what Obama’s presidency will bring to the nation. Each spoke of a sense of inspiration — and many urged Americans to give the new president time for achievement. None had harsh words about President Bush as he leaves office.
Here are some of those we talked to, and some of their thoughts.

Erica Yoon —eyoon@timesnews.net
BRYANT PRUITT, 4, LISTENS FRIDAY AS OTHERS COMMENT ABOUT HOW THEY FELT WHEN BARACK OBAMA WON THE PRESIDENTIAL ELECTION IN NOVEMBER. 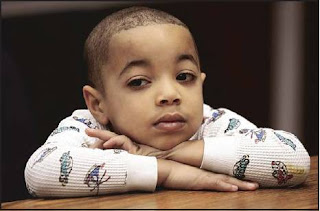