They made a home, raised five children, worked long years on the job and served their community. Wait, make that last phrase present tense. They are STILL serving their community, even though they are both enjoying a well-earned retirement from work and child-rearing. 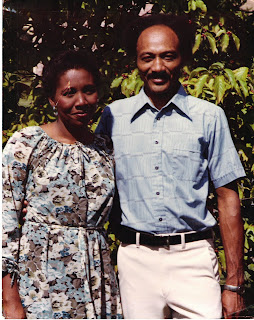 James and Cecelia Henderson are celebrating their 50th wedding anniversary, with the congratulations of their family and friends. And while they are not punching a clock anymore, they are still actively involved with the church, the Weed and Seed program and other good works to improve Kingsport and especially the neighborhood formerly known as Riverview, now included in the larger area called South Central Kingsport. 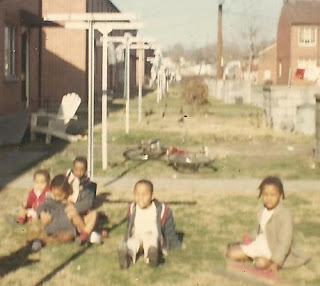 Back in the day, the Hendersons made their home in the old Riverview apartments, maintaining spotless interiors and immaculate postage stamp sized yards. The children were brought up to say "Yes ma'am" and "No, sir" and never to try to buy anything from Mr. Paul's store that wasn't on the list. Every Easter the girls would get brand new pastel colored matching duster sets with shiny patent leather shoes, and the boys would be fitted with creased slacks and crisply ironed shirts. They would attend church services as a family, with dyed Easter eggs and a special ham dinner waiting when they returned.

When they moved up the street to the home in which the retired couple still resides, they transformed a formerly empty shell into a showpiece. The lawn and cars were James Henderson's domain, while Cecelia Henderson focused her attention to filling the rooms with furniture, keepsakes and pride. 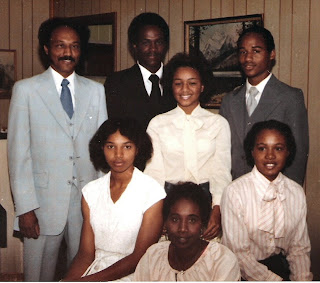 As the saying goes, time flies, and it's true. In the past fifty years, the world has moved from sock hops, 78 RPM vinyl records and segregation to hip hop, mp3 players and the first African American president, who will be sworn in a few short weeks after the anniversary celebration. James and Cecelia Henderson have witnessed it all. 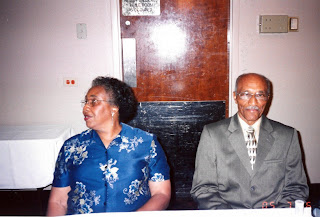 Back in the day, the Hendersons shared a party line with their neighbors. Today they have a private line, a cell phone and TWO high-powered computers with high-speed Internet connection, thank you very much. They have moved forward with progress. At the same time, they have remained deeply rooted in the community and their family. The children are all grown, and the Hendersons are now proud grandparents who get to spoil their grandchildren. They have earned it, and they have earned this landmark celebration.

Happy 50th anniversary – may you have many more happy years together.


FROM DAUGHTER AUDREY "FAYE"
Posted by douglassriverview at 11:24 AM