Jennie Hankins at the Inauguration: "History From One Extreme to the Other"

For Riverview resident Virginia (Jennie) Hankins, the 2009 inauguration of America's first African-American president began with an historic look back at one of the places where the Black Experience in America first started. 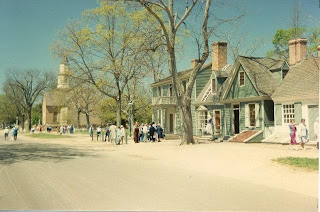 Colonial Williamsburg, as near as we can tell, was one of the main entry points into this country for the slave trade from Africa. As a student of African-American history, Jennie says it was fitting for her trip to the inauguration of the first Black president, begin with a visit to a place frozen on the OTHER side of history.

What was life like for those slaves on the plantations at Williamsburg? 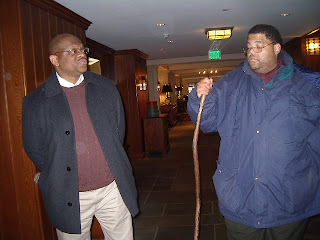 "Our two guides were African-American themselves," Jennie says, "and they gave us the African-American perspective of life for slaves back in those times. They told us how differently the slaves lived, about them doing their jobs. Some of them were servers you know, standing at attention, waiting on something to do at the dinner table, while their "masters" and other people were talking about politics, community events, the government, and their slaves, how many they owned, what they had them doing, who's a good worker, who needs to be out in the fields, how much they could get for the pregnant slave women, especially if they bore male children." 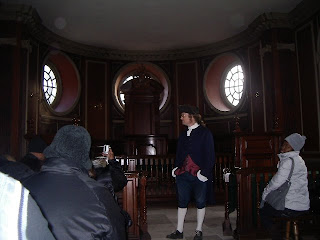 Jenny says, the guides told them the "masters" talked of their slaves almost as if they were non-people, but little did the whites know, the slaves were actually hinging on every word they overheard. "They could hear which slaves were getting talked up, which helped determine their future," Jenny says she learned. "Who was going to be sold, who was going to get moved around. The slaves were listening, but pretending not to. What they heard, determined whether they should run away, try to stay with their family, what to take with them if they ran. Turns out, the slaves were smarter than the 'masters' gave tje, credit for. They also did subtle things to tip off their family members as to their intentions, but not the white slave owners or their families. The slaves had a well-thought out plan of staying one step ahead of the 'masters.' 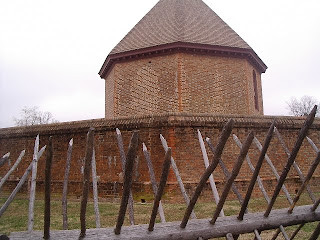 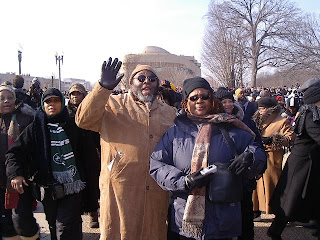 From one extreme in history to the other, as the group entered Washington, D.C. for the inaugural of America's first Black president. "All you could see was people.. just people everywhere. Our destination was the Silver Gate, which was behind the Blue Gate folks where you were Calvin, but then we got turned in another direction as the Silver section got filled up too quickly. It was so crowded at times, your feet didn't have to touch the ground to move..they'd be moved for you. It was just packed. But it was so exciting.. people were singing when things would get kinda slow, somebody would break out in song, and that would get everybody back in a patriotic mood." 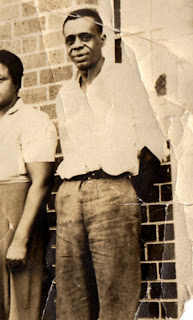 "I felt a cold chill when the band started playing the patriotic songs," Jennie says. "It brought tears to my eyes because I remember my granddaddy Thomas Cartwright, who'd fought in the wars for his country. When I was a kid, every time he'd hear the National Anthem or other patriotic song, he'd stop what he was doing, and just stand up and salute. This was his country. I get that same feeling, remembering him showing respect for the land he fought for. It's overwhelming, because I remember how patriotic he was." 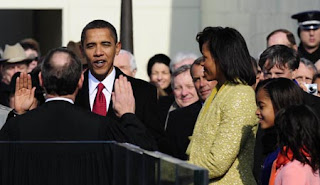 "At the moment Barack Obama said the words 'so help me God,' my heart just melted," says Jennie. "This was so special. I hope his presidency gives everybody back home a different perspective on life.. our young people, some of them just mullng through life, not really with a purpose. I hope it gives them the realization that "YES, we can." When we were growing up, we hard our parent say 'you can be anything you want to be,' and while we'd all listen to it, we still had doubts in our minds, because we'd never witnessed things happen."

"And we will DO better."
Posted by douglassriverview at 6:10 PM