Bert Lanauze at the Inauguration: "My Heart Was Just Beating Uncontrollably"

For Knoxville resident and Kingsport-Riverview native, Roberta "Bert" Webb, the excitement started on the night Barack Obama was proclaimed the winner, after the California polls closed. 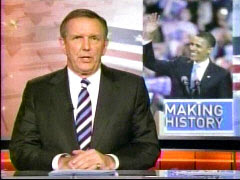 "I just couldn't wait," she says. "I started planning a trip to Washington right then. I arranged to stay with one girlfriend in Baltimore, and another one who lives near Catholic University in D.C." 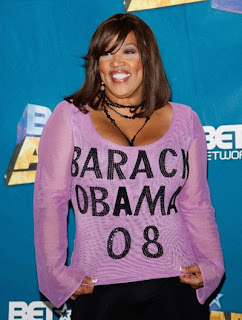 "On Saturday, we were riding around, seeing the sites, waving at people, going into the stores," she says. At least one exciting time was upcoming. "My sister-in-law's daughter is married to Kim Whitley's brother. Kim Whitley is the actress who played in 'Road Trip' with Raven Symmone and Martin Lawrence. She also played in 'Salon' and had a TV show 'Cruising with Kim Whitley' with her brother Kyle, who's one of the main characters on the show. Her brother Kyle had an Obama Inaugural party Saturday night." 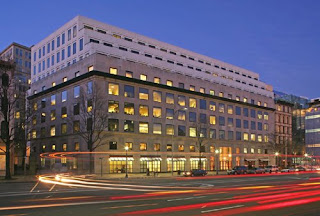 "My girlfriend's house was near the train station at Catholic University," she says, "and on the day of the inauguration, we got on the subway and headed down to 601 Pennsylvania Avenue. That's the headquarters of the Southern Power Company, the parent company of Georgia Power, Alabama Power and Mississippi Power. It's right across from the Capitol. We'd already got Secret Service clearance, so we went up to Suite 8, had a phenomenal breakfast, and went out on the top deck. It's about 200 feet long, down Pennsylvania Avenue. The company also had big screen TV's for everybody to watch, and we could go back and forth, both inside and outside." 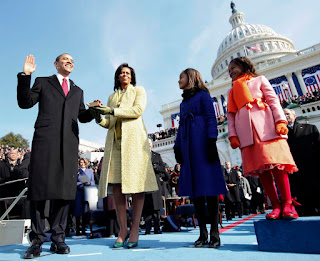 "The ceremony itself was just so moving," Bert said. "My girlfriend had to console me.. when he took that Oath of Office, I started crying like everybody else.. my makeup was running down my face. I look like CRAP, but it didn't matter. It was probably one of the most moving experiences that I had ever had. I kept watching the TV screen for a shot of my father-in-law, he was one of the original Tuskegee Airmen, guests of the Inaugural people. CBS interviewed him when they arrived for the ceremony at Andrews Air Force Base, and I kept watching to see if he got on TV during the ceremony, but I never saw him."


A GROUP OF TUSKEGEE AIRMEN AT THE CEREMONY 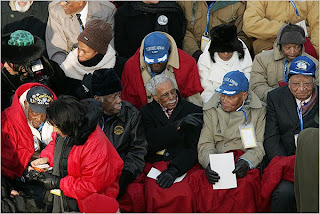 (CALVIN'S NOTE: In the Blue Section where I was standing, I did spot Tuskegee Airman Harry E. Lanauze on the Jumbotron just before the Inaugural ceremony started. It was a quick shot of him, nodding and smiling to the Marine Band patriotic music, with a small American flag. I recognized him immediately). 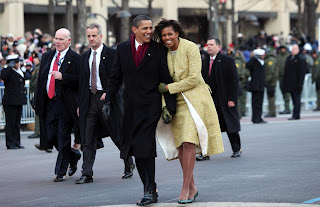 "After the inauguration, we watched the parade come down Pennsylvania Avenue right towards us," Bert says. "Just as they got to the end of our building, the Obama's got out of their car and started walking. We were able to see them a half-block down the street. It was just so thrilling..my heart was beating uncontrollably because I actually saw the President, so lifelike, just for a brief moment. A short time later, we left the Southern Company building, and went back to the Chinatown exit to go back to my girlfriend's place. That was exciting, too, because at that time, everybody was moving AWAY from D.C. Everybody was calm, but still excited, and so courteous to each other, letting us in front of them, 'can I help you m'am.' When we got back to South Dakota Avenue, I got to watch the recap on TV of what I had witnessed and chilled with my girlfriend, my brother-in-law and our friends." 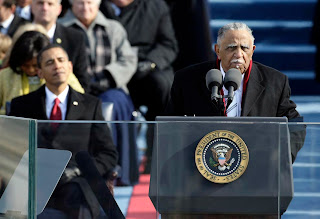 "I was particularly struck by the diversity of participation by all the people in the ceremony," Bert says. "From Reverend Rick Warren on down to the Reverend Joseph Lowery, whose Benediction brought it all home for us. He took us back to places we had heard of before, when he mentioned the Negro National Anthem, and went on with 'being black, step back.. if you brown, hang around.' A lot of Anglo's in the Southern Company suite, of course, had never heard of those things. They were just stunned by it, and it brought home to them what black people have struggled with for years. This white girl sitting behind us, all of a sudden it hit her, and she just busting out crying, which made us all cry, too. The inauguration was for all of us, but when Barack said his father years ago, couldn't even be served in a restaurant here in D.C., and now here he is, President. He's an African-American who just happens to be president. The amount of pride shown this day forward, shows 'we got it going on, too.' Given the opportunity, we'll show everybody." 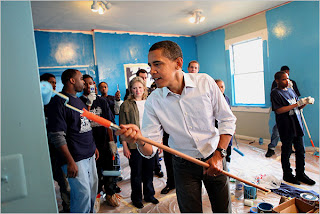 For the Douglass Alumni and folks back home in Riverview and South Central, Bert has a message: "We cannot stop with the events of January 20th," she says. "He's gonna be at the helm of the nation, but we can't stop with the generosity, we can't stop with the loving when the 20th goes on. We can't stop helping people and helping each other. Barack challenged us to continue to be there for everybody all the time, and continue that emotion.. he'll run the country while we run our communities. For all the people.. we're gonna have to get out and do more volunteering, start helping our neighbors more, asking how we can be of service. If all of us in the individual communities from Riverview, to Knoxville, to Atlanta, to Chicago, to Washington, and the rest of the world, continue together we can help turn this nation around."

"He has challenged us.. and we have to pick up that challenge and move forward. And we WILL."
Posted by douglassriverview at 6:02 PM