The Douglass Alumni Association Trustee Board Meeting was convened by President Doug Releford for its regular meeting Saturday, January 31st, in the historic Douglass Auditorium. 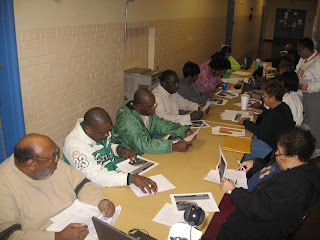 At this time, Treasurer Sandy Wilmer reported $1,572.34 in the Association's bank account.

Under OLD BUSINESS, trustee and Souvenir Booklet chairperson Linda Blye submitted the following letter to be sent or given to prospective advertisers in the booklet:

"To whom it may concern": 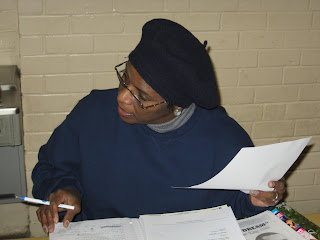 Linda suggested a deadline sometime in April for having all of the ads in, and the money paid, so we can decide how much money to spend on the booklet itself. People who purchase an ad, will also be told in the letter how much each size will cost; full page ($100), half-page ($50), and quarter-page ($35). Doug also reminded the trustees that it was voted on and approved, that each trustee would be responsible for getting 200 dollars worth of advertising on their own.

Letters to be mailed to businesses will have their names in the address area, others that we can ask by just going inside the company, will have "to whom it may concern."

There was discussion about providing a booklet to all businesses and individuals who purchase ads, and also checking out people in the Tri-Cities who make excellent booklets for a living, to make ours. Several booklet types are being considered, either bound, glossy, etc. 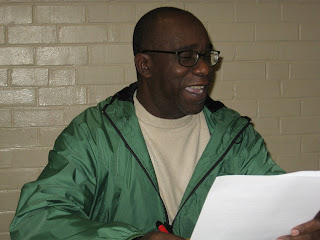 Trustee and Golf Tournament Manager George Smith updated us on the upcoming Reunion's Memorial Golf Tournament.. Plans are to return to Cattails at Meadowview for the tournament, because most of the out-of-town alumni will be staying there, and two of our main events will also be there. Letters will be sent out to alumni golfers. He was also brought up to date on asking the participants to purchase a Douglass High School golf shirt in school colors, and that will be included in the letter. 35 golfers took part in the last tournament. 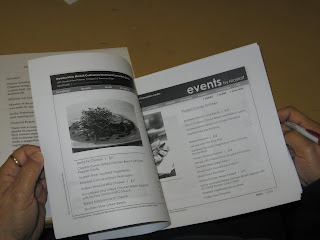 Alumn Association Vice President Andra Watterson provided a meals menu from the Marriott Corporation, the food vendor at Meadowview. Trustees looked over the list of main courses, side items, breads, salads and desserts and the prices. The choices will be decided on at the next Alumni Board Trustee meeting. The price per person will be 27 dollars, and we did get a discount. As always, that is included in the reunion registration dues. Andra reports, our group also got a discount per room at the Marriott-Meadowview: 85 dollars a night, instead of the standard price over a hundred dollars per room.

Media-Public Relations-Website Manager Calvin Sneed thanked everybody for their participation and encouragement during "The Last Great Program at Douglass." There have been lots of requests for the Douglass Teachers Interviews on D-V-D. Those will be made available, the price to be set soon, and they will be sold individually during separate fundraisers, not included as part of any promotion or program. 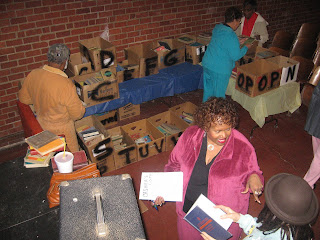 Under NEW BUSINESS, Treasurer Sandy Wilmer brought up the school book sales during the book fairs, and since we have had book fairs since they were discovered last March, we need to start thinking about an end to the book fairs, perhaps holding a large book fair at Wal-Mart. She also said, we should include anything else Douglass, mugs, shirts, etc. Calvin said we cannot continue to hold books for Douglass alumni and also, we cannot store them indefinitely, and that we should start thinking about mass sales of the books to anybody who wants to buy them. It was decided that we should hold books with the names of Douglass Alumni until the Reunion this summer so that any out-of-town alumni who want to get them in person can do so, then those that are not picked up, will be up for grabs by anybody in Kingsport who wants to buy them. There will also be book fairs in the spring. By the way, the maintenance people in the V.O. Dobbins Center, have discovered MORE books in the lockers, and we will be taking possession of them immediately.

Doug Releford also told the group that the Douglass Alumni Association will have a booth at the Black History Month Celebration at the Kingsport Renaissance Center on February 17th starting at 9 A-M, and we will need items to display at our booth. A couple of our people will be there to answer questions. The event is sponsored by the Kingsport Chamber of Commerce.

Doug also said we need to start considering whom we want for keynote speakers at the Reunion Banquet and the Memorial Service, and Trustee Jenny Hankins suggested what whomever we chose, should be a Douglass Alumnus or a descendant of a Douglass Alumnus. Doug suggested we can do that, as long as a Douglass Alumnus is available and willing to speak. Several names were mentioned, and a decision will be made at the next meeting.

The Trustees adjourned the meeting to a pot luck lunch, and then did a tour of the historic Douglass Auditorium to select items in the room to save, when the demolition crew starts work in a few weeks.