BMA voted 6-1 to appropriate a bond issuance for V.O. Dobbins and two other capital projects.

THIS STORY CONDENSED FROM THE KINGSPORT TIMES-NEWS 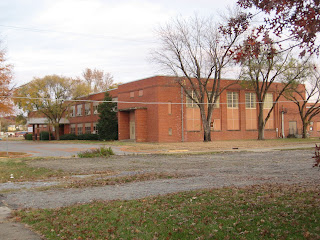 KINGSPORT — The Kingsport Board of Mayor and Aldermen has voted to appropriate money it has received from a bond issuance, to fund the renovation of the V.O. Dobbins Center (formerly the Douglass High School building).

The total allocated is $7.1 million to fund the V.O. Dobbins Community Center renovation and expansion project. 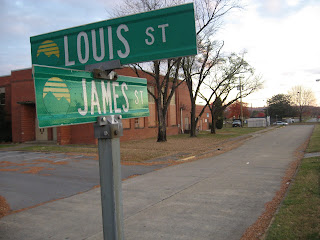 To get started, the board appropriated $365,770 for the initial start-up work at V.O. Dobbins, including the demolition of the auditorium and the closing of James Street, the construction of a new mechanical room, and temporary HVAC units for the Upper East Tennessee Human Development Agency’s office. City Alderman Ken Marsh voted no on the resolution. 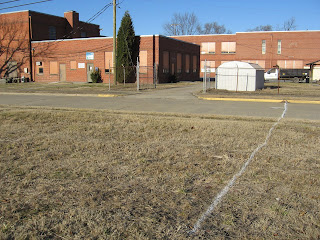 The initial work is scheduled to start in a few weeks, beginning with the demolition of the old Douglass Band Room behind the auditorium, which also housed the Douglass School 2nd Grade years ago. The auditorium tear-down itself will probably occur sometime in March, according to Dineen West, the consultant at Cain, Rash and West, the architectural firm hired to design the project.

Once that date is finalized, there will be a brief going-away ceremony for Douglass Alumni and the Riverview-South Central Neighborhood. Please watch for updates.

Alderman Marsh voted against appropriating the money Tuesday night, saying he was being true to his convictions. 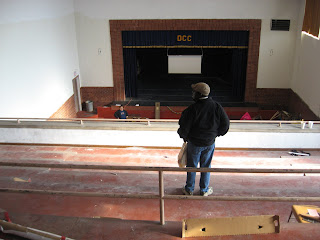 Kingsport received the bond money on Wednesday, and this week's move simply allocated the money to V.O. Dobbins and the various other projects. Alderman Marsh voted against the appropriation.

The bond money will also mean, among other things:

During the BMA work session Monday afternoon, Alderman Pat Shull asked why the three appropriations were in one resolution, rather than in three. Campbell and Kingsport Finance Director Jim Demming said the normal procedure in the past has been to lump multiple allocations into one resolution.

“I would feel more comfortable if they were broken out in three ordinances,” Shull said. Shull voted against two of the bond issuances back in November — the V.O. Dobbins one and the MeadowView one — and apparently wanted to vote against these two again Tuesday night.

During Monday’s work session City Attorney Mike Billingsley said if Kingsport failed to appropriate the money for the intended use, the city would have to answer to the IRS.

“It creates an issue for the city — borrowing money we’re not using,” he said. “Once you approve the bond issue, the bonds have to be spent on the projects you said they were going to be spent on.”

Mallicote said there was no responsible reason to separate the appropriations out.
“We’re committed to a course of action. The time to vote these down ... that ship has sailed,” Mallicote said. “If we separate these and voted not to do these, we’re voting to get the city cross-eyed with the IRS,” said Alderman Larry Munsey.
Shull said his concern was with the perception of being contradictory, voting for something that he already voted against. But as Billingsley said, the sale of the bonds is a separate vote from the use of the bonds.

In other business Tuesday night the BMA:

• Voted 6-1 to approve an ordinance to allow restaurants in downtown to establish outdoor eating areas on the sidewalk. Munsey voted against the measure.
“I think this ordinance would permit the serving of alcohol beverages on city property, which in accordance with current city code is not allowed,” Munsey said. “Since this new ordinance, which will result in a proliferation of alcoholic beverages on the city right of way and city streets, I have a strong personal conviction against this.”
Munsey voted to allow beer sales on Broad Street during the Downtown Concert Series and said he has regretted that vote ever since.
Posted by douglassriverview at 11:18 AM