A wonderful gathering of the community at the 6th Annual Black History Program, sponsored by the New Vision Youth in Kingsport.


PLEASE SEE MORE PICTURES OF THE PROGRAM IN THE PHOTO GALLERY 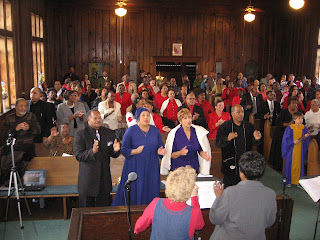 The theme was "Blacks in Technology," featuring music, speeches, drama presentations and the Spoken Word. The event was hosted by St. Mark's Methodist Church, and it was standing room only. 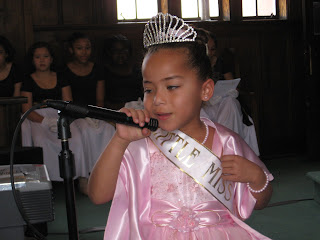 The event began with words of welcome, highlighted by the 2008 Little Miss Vision, Miss Elizabeth Brice. She just wowed the crowd with grace and dignity, and everyone in the audience fell in love with her princess-like wave. Master Edward Newcombe served as the Master of Ceremonies, and did so with authority and poise.

Music from the St. Mark House of Prayer Praise Team, the Full Gospel Mission Choir and the Central Baptist Choir provided inspiration in song. The beautiful voices lent an air of reverence to the program, as the audience was kept in the mood of the occasion. 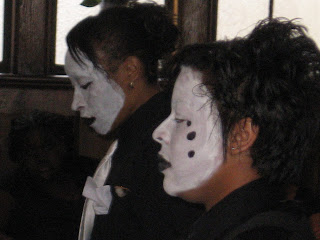 The Hales Chapel Praise Dancers of Gate City were a special highlight of the program, graceful with their melodic movements in song. The last number with of the praise dancers in whiteface, was specially noted for Black History, and the struggles of African-Americans for equality. 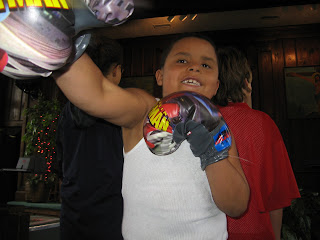 Another highlight of the program was the recitations of the New Vision Youth, who performed in a skit named "Who Am I?" Each boy and girl were dressed in the outfit that closely fits the person they were portraying, and when they turned around and told the audience who they were, it was evident that they had put a lot of time and effort into becoming the person they were representing. It was a magical moment in the program. 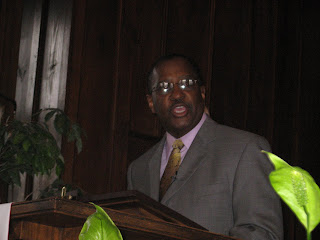 Special Guest Speaker Paul Montgomery noted that the election of the nation's first African-American president is a milestone that keeps the dream of the Reverend Dr. Martin Luther King, Jr. alive. Paul is the Vice President for Talent Management at Eastman Chemical, the first African-American Vice President at one of Tennessee's largest industries. Attending the swearing-in ceremony is something Paul says, neither he or others ever thought they would see in our lifetimes, and it serves as a reminder that the impossible is achievable.

Calvin Sneed with the Douglass Alumni Association, spoke to the youth in the audience, reminding them of the sacrifices of their parents, grandparents and early relatives to reach the point of Barack Obama's inauguration.

The New Vision Youth also recognized those who took part in the program with statues and plaques. 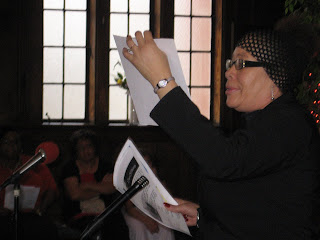 The program was well received, and Johnnie Mae left everyone with a goal of keeping our youth on track, and a reminder about the upcoming Little Miss Vision pageant coming up.
Posted by douglassriverview at 12:34 PM