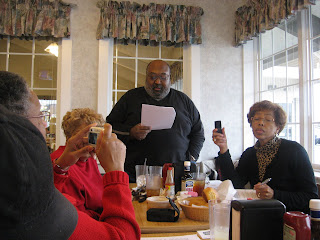 The Douglass Alumni Association Board of Directors met in formal session at the Golden Corral on Saturday, January 20, 2008. It will be the first of several meetings, in a new format of meeting in fellowship whenever there are community and alumni items to be discussed. 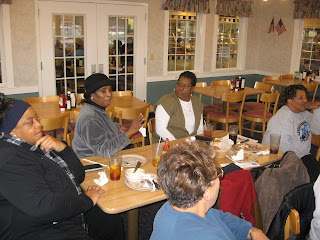 Our old business consisted of discussing the postponing of the proposed Black History Concert by the Sevier Middle School Band at the School in observance of Black History Month in February. We were informed shortly after the proposal was made, that time constraints would necessitate a postponement of the concert, due to the availability of the band and the lack of practicing time for black gospel songs by bandmembers. It is hoped that the concert can be rescheduled next year, as it will provide a chance to continue bridging race relations in Kingsport, and a chance to hear a wonderful band from a school that all of our black children ultimately attend. 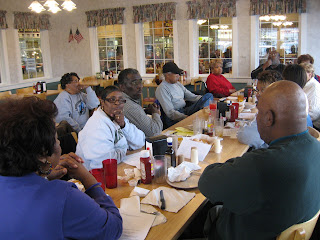 New business brought up discussion of the proposed renovation of Douglass High School by the City of Kingsport. The City has pledged that any renovation of the school building will be done under the consultation of the Douglass Alumni Association, but a change in renovation plans because of money constraints appeared to catch board members by surprise. The City has proposed spending $7.2 million dollars to both renovate the building, and bring existing sections of it up to state code. Renovating the auditorium brought a lively discussion, when it was revealed that the auditorium's future is very much in doubt, depending on how much it will cost to upgrade it to code, yet bring it to the same asthetic qualities of the rest of Douglass after it is renovated. 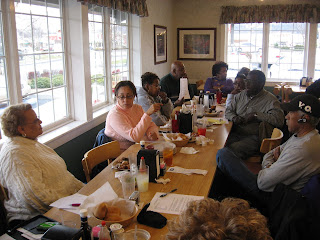 Charlotte Maxwell is the new director of marketing for the Choice Hotel, 1900 American Way off Stone Drive in Kingsport, formerly the Americourt Inn (the site of many of our birthday parties, celebrations and commemorations). Charlotte is asking for help in finding five (5) young black men to join the staff as servers for banquets, etc. There is a required dress code from the hotel chain the young men will have to comply with, but the opportunity to have gainful employment, plus some management experience will be beneficial to those involved. For more information, call Charlotte at the hotel 423) 245-0271.
Posted by douglassriverview at 1:42 AM