Riverview Flooding From the 60's 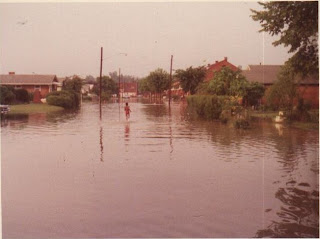 I took these pictures one day in either 1967 or 68 after a heavy rain in Kingsport. The view is from Carver Street, between Douglass and Dunbar, looking down towards Lincoln. The grassy yard on the left, is the little hill that the old Central Baptist Church still sits on. 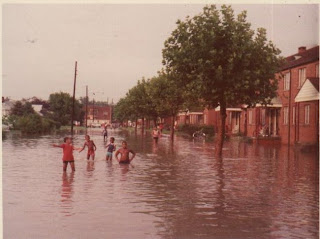 It was rare that the storm drains would flood this bad. But the brown, murky water did not deter our kids from getting out and playing in it, splashing water everywhere. 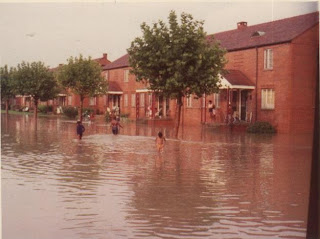 Did the back-up water ever get into the homes and the Riverview Apartments? I never heard of the apartments themselves getting flooded because the foundations were too high, but occasionally homes nearby did get a little water in the crawlspaces. Central's basement was also rather flood-prone, sometimes without a whole lot of rain. 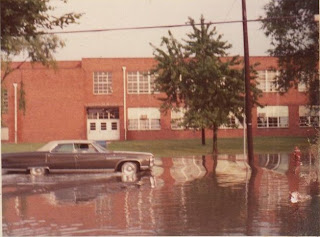 Here's a photo of flooding in front of Douglass High School, at the corner of Douglass and Louis Streets. Any flooding was never deep enough to flood out cars, after all, we did need to get to work, to the store, 'cross town or over on the highway.
Posted by douglassriverview at 11:19 AM