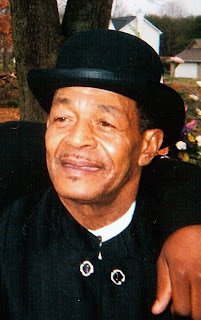 NEWPORT NEWS - James 'Jim' Rutledge Sr., our beloved father, grandfather and great-grandfather, left to be with the Lord on March 6, 2008, with his family by his side.
He was born Sept. 20, 1937, in Tennessee. He graduated from Douglass High School, Kingsport, Tennessee. As an Army recruit, he fought in the Vietnam War, and eventually settled in Virginia. He was a career maintenance man at area residential-business establishments. He is remembered as a caring man with a great sense of humor and big family values. He was a huge 'Redskins' fan.

He was preceded in death by his parents, Dayton and Ora Lee Rutledge; his sisters, Clara McClintock, Elizabeth Carr; brother, Jackie Rutledge; and former wife, Linda.

In lieu of flowers, contributions may be made to Smith Brothers Funeral Home or dropped off at 179 Sesco Drive to Crystal and/or 742-18th St., Newport News.
Posted by douglassriverview at 10:24 PM