"A part of History down, but still Blessings Surround."

That was the theme of the Riverview Brick Ceremony on Saturday, March 15, 2008, where many former residents gathered to received the souvenir bricks they'd requested from the Historic Riverview Apartments.

PHOTOS FROM THE EVENT ARE IN THE PHOTO GALLERY 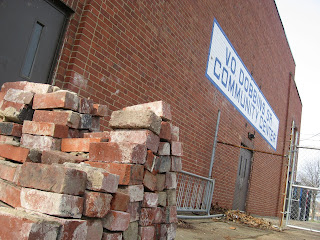 The apartments were torn down during the month of February to make way for the HOPE VI Revitalization project, during which new single and multi-family homes will be built on the site. Four Youth Build homes for sale are also scheduled to be built there.

The Historic Riverview Apartments were much celebrated during their existence. During the past 70 years, many wonderful relationships were forged as people lived as friends and neighbors. When the announcement was made that the apartments would be torn down, many people longed for a way to remember them, and the souvenir bricks grew from that idea. 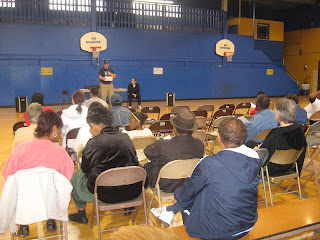 After a brief ceremony and words from Terry Cunningham, Executive Director of the Kingsport Housing and Redevelopment Authority, the souvenir bricks were given out. Many families who could not make it, had someone there to get their bricks for them. The event was sponsored by the Douglass Alumni Association, the Riverview Residents Association, the Kingsport Housing and Redevelopment Authority, the City of Kingsport, and Kingsport Parks and Recreaton. 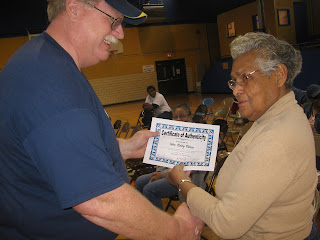 The bricks also came with a Certificate of Authenticity, which certifies that the recepient received an actual brick from the Historic Riverview Apartments, with the date of their existence, and signed by Mr. Cunningham.

Of the over 400 people who had requested bricks, over 200 were picked up at the event. 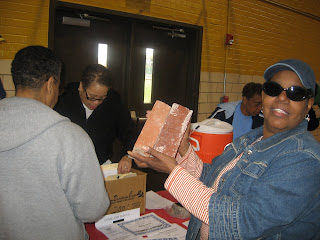 Folks who have not made arrangements to pick up their souvenir bricks, need to do so ASAP, as we cannot store them for very long, nor can we guarantee that you will get an intact brick. Please contact Calvin at (423) 421-7784 (douglassriverview@gmail.com), or Johnnie Mae at (423) 246-6623 (newvision_kpt@yahoo.com). 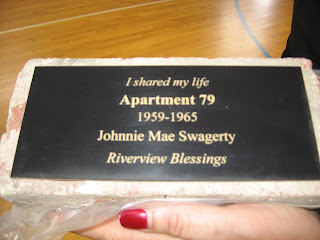 If you'd like to have a commemorative plaque for your brick, there is a business in Kingsport that will print a wonderful one. Vicki Kalonick at Plaques, Etc. will do a marvelous job for you, as evidenced by the one she did for Johnnie Mae on the left. Ms. Kalonick's price is 10 cents a letter. If you like what you see, please contact her at (423) 378-3919 in Kingsport. Her address is 904 East Center Street.
Posted by douglassriverview at 11:27 AM