Meeting of the Douglass Alumni Association: One Day, Passing The Torch

The "Future" Sons and Daughters of Douglass are on the minds of the Douglass Alumni Association. 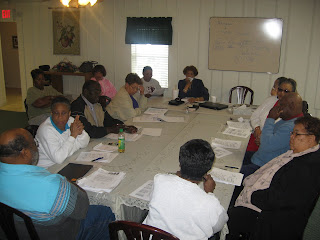 "We want them to come to our meetings, and join our discussions about community programs, goals and achievements," says Douglass Alumni President Doug Releford.

The Ebony Club was a powerful and influential organization of African-American students at D-B. The club sponsored several events at D-B, including fashion shows, talent shows, parade floats, and events like door-decorating at Christmas time. Former member Jeff Faulkerson is working to get non-profit status for the club. 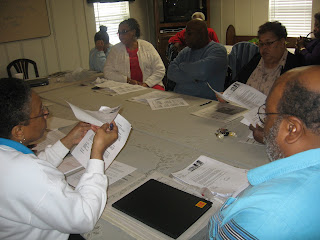 At its Saturday, March 29, 2008 afternoon meeting, the Douglass Alumni Board of Directors voted to send invitation letters to all potential members of the revived Ebony Club, and also former members of the club, recognizing them as offspring of Douglass Alumni. They are all invited to attend the next meeting of the Douglass Alumni Association on Saturday, April 26th at 1 PM, in the Fellowship Hall at St. Mark's Methodist Church. All board members are asked to bring a covered dish for lunch on that day. 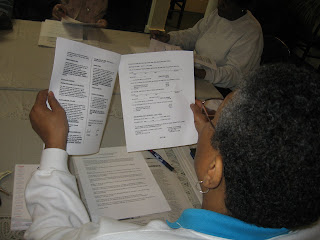 Also discussed at the meeting was the format of the upcoming Slater/Tennessee-Douglass/Virginia reunion coming up this summer in Bristol. At their reunions, the reunion organizers break down the events and charge participants per event, an idea the Douglass Alumni Association is talking about.

Board members also got updates on several community projects, including the Douglass School renovations, and the progress of our non-profit application to the Internal Revenue Service.
Posted by douglassriverview at 10:34 PM