"So far, the level of community enthusiam has been wonderful in Riverview." 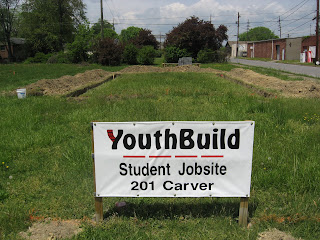 That word from Joe Wallen, program coordinator for the Youth Build program, an agency that will build four new homes in Riverview. The four Youth Build homes will be among the HOPE VI Development homes to be built on the site of the Historic Riverview Apartments, which were torn down last month.

Unlike the HOPE VI homes, the Youth Build homes will be for sale, to lower income residents, looking to become first-time home buyers. 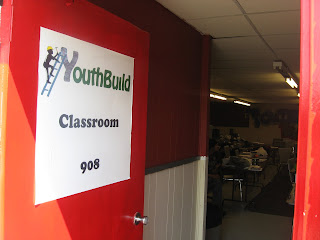 You've probably seen the Youth-Build office and classroom. For the moment, the office is located in the old Emmitt Collins Grocery Store building on MLK/Lincoln, and the classroom is in the old Riverview Boys Club building right next door.

Right now, the Youth-Build has a mission, towards a well-defined goal.. to put first-time homeowners and buyers into the American Dream.

"Typically for a four-person household to qualify, the total household income would have to be below $22,550 dollars a year, based on HUD guidelines," says Mr. Wallen. "Other factors, like Social Security disability income and the Families First program also qualify the household for a Youth Build home."

Youth Build helps prospective first-time homeowners arrange financing they can afford, and after attending homeowner classes and completing the course, financing packages range from a 30-year mortgage at 1% interest, or the family might qualify to get a 25-year mortgage at 0%. "We try to find the right package and along with the course training, the potential of them being able to keep the payments up and maintain the house, is much greater."

AT RIGHT, A NEW YOUTH BUILD HOME IN ELIZABETHTON 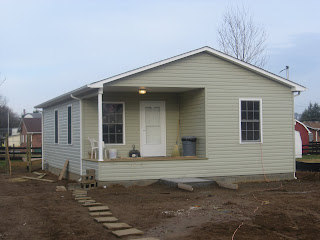 The Youth Build program just completed two homes in Elizabethton, one of which has finishing-up work to be done. The other is completed, and is occupied right now.

BELOW, ANOTHER ELIZABETHTON YOUTH BUILD HOME 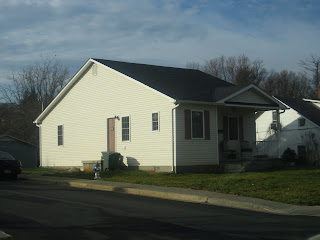 "All of our construction trainees are 18 to 24 years old," Mr. Wallen says. "They are high-school dropouts with one or more barriers holding them back. They come into our Adult Education program, spending one week in class, then the next week working in the field building the homes in the program." 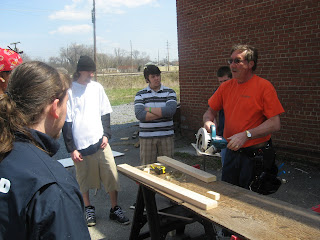 "Our goal is to get them a GED," says Mr. Wallen, "then after they finish the program, if they want to go on to trade school, to tech school and continue their education, we can help them by combining scholarships and grants at no cost to them, or we help them get on with local construction firms that can utilize the talents they have learned building homes."

"Most of the kids in our program have given up on education, or they feel the education system has given up on them," he says, "but once they get into the Youth Build program, they find out they're the ones in charge of their education, and that they're pretty good students after all." 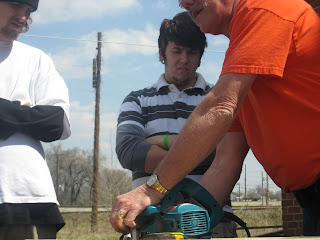 "It's a win-win situation," he says. "Our students get a good quality trade education and training in something they can do well.. The new homes will raise the city's tax base, which in turn, raises the value of homes nearby. And most importantly, a person who's never owned a home before, gets to become a homeowner." 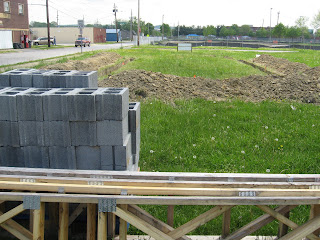 Groundbreaking for the first two Youth Build Home in Riverview is scheduled around the first of next month, and the next 2 homes will be built a year from now. "We already have sites identified on the old Riverview Apartments site, one of which is on Lincoln/MLK Drive, across from where the old hairdresser shop used to be," Mr. Wallen says.

"Eastern 8 has given us a set of drawings," says Mr. Wallen, "and we can build any of the five different layouts. Each home consists of usually two to three bedrooms, 1 to 2 baths. They are single-level, basic rectangular homes with a truss roof." 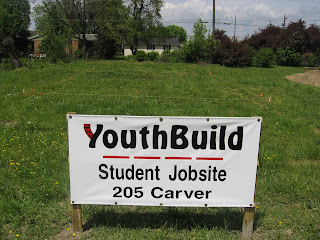 70 years ago, a lot in Riverview sold for only $100 dollars, even though back then to African-Americans, that was considered a lot of money. 70 years later, Eastern 8 will pay up to $15,000 per lot for the Youth Build homes in Riverview. The homes are valued at $110,000 dollars. Youth Build will do about $70,000 dollars to actually build the homes, with the rest of the money going to amenities like appliances, a heat pump, plumbing, electrical wiring, insulation and landscaping.

"I grew up in Kingsport," says Mr. Wallen, "and this is very rewarding work. Realizing that Riverview has been considered a depressed area for many years, it's gratifying to see this infusion of money into the neighborhood."

"The people of Riverview really have something to look forward to."
Posted by douglassriverview at 1:29 AM