It's A Big GO For The DouglassSchool/V.O. Dobbins Center Renovations!

It's full steam ahead for renovations and improvements to our beloved Douglass High School building.

At its work session Monday afternoon July 19th with many Riverview and South Central residents in the audience, the Kingsport Board of Mayor and Aldermen gave its approval to proceed with the renovation of the V.O. Dobbins Community Center, also known as the old Douglass School building.

THE KINGSPORT BOARD OF MAYOR AND ALDERMEN AT THEIR ANNUAL RETREAT BACK IN FEBRUARY. PHOTO COURTESY THE KINGSPORT TIMES NEWS 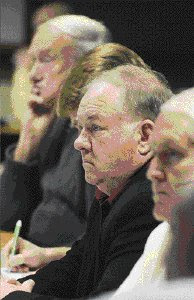 At their retreat back in February, the Board of Mayor and Aldermen got most of the specifics of the Douglass/V.O. Dobbins Center renovation. At the work session on Monday, Alderman Larry Munsey, one of the longest-serving members of the BMA, told the group "we've been talking about and working on this project for years, and I'm ready to move forward with it." Other comments from the aldermen suggested that the renovation stay on track, and the timeline that has been presented. "Our objective was to present the project to the board, with four objectives in mind," says Chris McCartt, Kingsport's Development Services Manager. "First, we wanted to bring the mayor and the aldermen up to speed, present the leases that prospective tenants (the United Way, the American Red Cross, the American Legion and others) have agreed to, show a timeline for construction, and present the financing options available to fund the construction."

"As far as financing," McCartt says, "we have three options for that. Number one, we can borrow bonds.. number two, we could have someone come in, purchase the building, pay for the renovations, and the city could buy the building back from them.. and number three, we could use New Market Tax Credits to fund the construction costs, which would be the most economical way. The BMA expressed a real desire to see something come back on the New Market Tax Credits within the next 60 days, and we are now working on that full steam ahead." 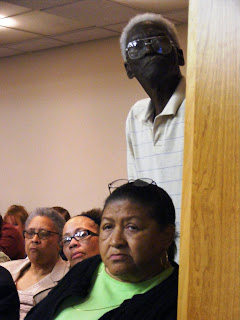 "Our mission now is to bring in a consultant on the New Market Tax Credits," says McCartt. "Now that we have the board's approval to continue, we can move forward with design plans, which keeps it on pace with construction, which is scheduled to start this fall." 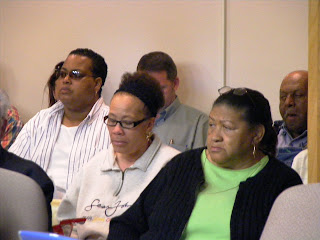 Many Riverview and South Central residents were present at the Board's work session. Wallace Ross, Jr. was concerned about funding, which was explained would come mostly from the New Market Tax Credits. He and others also mentioned that they had seen several times the renovation being called in public "The Kingsport Non-Profit Center," and were quite concerned the name "V.O. Dobbins Sr. Community Center" would not survive the renovation. 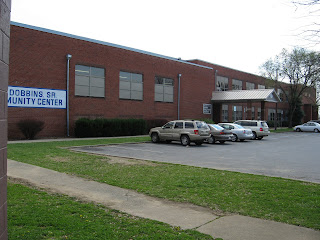 When Douglass closed as a school in 1966, most of the building stood empty. It faced an uncertain future until the Upper East Tennessee Human Development Agency moved in, and Headstart classes were established there. Prior to that, Headstart classes were scattered in classrooms all over Kingsport. When the Kingsport Parks and Recreation Department moved many of its programs into the old Douglass gym, the building was named the V.O. Dobbins Community Center, named after the distinguished Douglass principal who devoted his life to educating the area's black children. 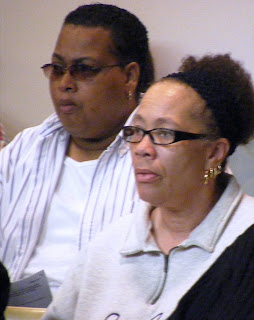 Johnnie Mae Swaggerty inquired about the status of the Douglass Auditorium, and was told it would have to be demolished because the asbestos clean-up inside of it, would cost too much. She was quite pleased that Alderman Larry Munsey noticed the contingent of concerned residents from Riverview and South Central Kingsport, and invited them to speak. 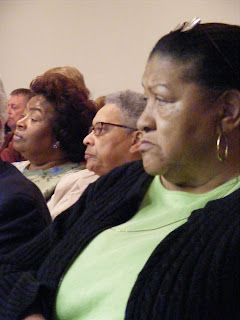 Louetta Hall said most of the group listened with interest, as the BMA discussed the Douglass/V.O. Dobbins Center remodeling. "The BMA also talked about the multi-purpose area, that would also be the home of the Douglass Alumni Association," she says. "They mentioned that we would have part of the area, much like the shared rooms are in the Kingsport Rennisance Center."
Posted by douglassriverview at 10:42 PM