Our graduating African-American Seniors at D-B are in for a special treat!

A picnic-party-celebration being planned for them is on a fast track, and is in the final stages of preparation. The event will be held at the Eastman Cabin, on Saturday, May 24, 2008, beginning at 2 PM. 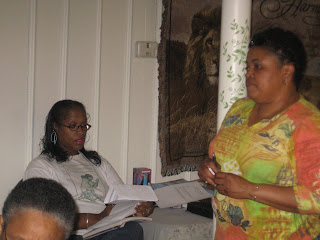 At the Douglass Alumni Board of Directors meeting this past Saturday, Octavia Hampton and Monica Lewis-Patrick told the board they had located a vendor that will furnish food and drinks for the event, with the meal costing $6.25 per person. The meal will include choices of beef, pork and chicken, two sides and a drink. Other food will include hot dogs with chili and other food products.

The Board voted to allocate 300 dollars from its treasury to the picnic. Dawnella Ellis also told the group that 200 dollars, and with other donations, the total cost of 625 dollars will be covered. 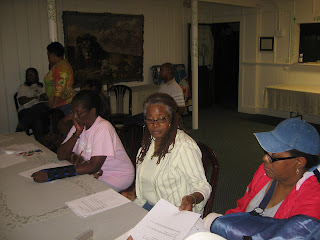 In other business, the Board also reviewed two documents, the Conflict of Interest Policy from the I.R.S., and the Douglass Alumni Association Articles of Incorporation. Those two documents are central to the Association's filing for tax-exempt status to become a non-profit corporation. The board voted to adopt both documents into its charter, and a copy of both passed motions will be sent to Jeff Faulkerson, who is assisting the Board in its non-profit application with the I.R.S.

Lisa Williamson also told the group of two upcoming events, in which Douglass Alumni are cordially invited. The Ebony Alumni Club will hold an informational meeting and fish fry at Johnnie Mae Swaggerty's home, 950 Dale Street, Kingsport on Saturday, June 21, 2008 at 12 Noon. Discussion as a group will include ways and incentives to get black students at D-B involved in the newly-revived Ebony Club at D-B.

Then on Friday and Saturday, August 8th and 9th, 2008, the Ebony Alumni Club, the Ebony Club and the CBS Alumni from Central Baptist Church will hold a Youth Explosion to celebrate Black Independence Day. The event will be held on the Douglass Ballfield. Visitors will be treated to music, plays, bands and fellowship, all from a positive point of view. 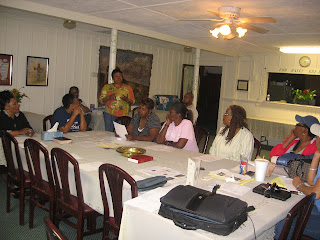 "We want it to be a day that our kids can say 'YES' to something," says Monica Lewis-Patrick. "They're constantly hearing 'NO:' 'no' to drugs, 'no' to pregnancy without marriage, 'no' to sex before marriage, 'no' to this, 'no' to that. We want to empower them with positive activities, not just fashion shows and food." 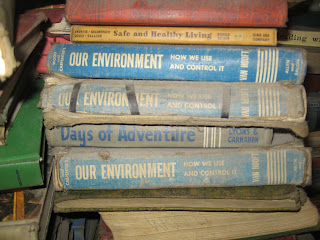 The Douglass Alumni Board also voted to take part in the event, by scheduling one of its "Book Fairs" both days of the event, as a fundraise for the Douglass Alumni Association. Long, lost school books that were recently discovered in the dusty lockers of the soon-to-be renovated Douglass High School will be cleaned up, polished, and sold at very reasonable prices to former students, alumni, and friends and relatives of those students, whose names are handwritten in the books' front covers.

A final order of business at the meeting, was the CALL TO ARMS for all Douglass alumni, Riverview and South Central residents, and all descendants of the neighborhood to please be present at the Kingsport Board of Mayor and Aldermen Work Session on May 19th at 4:30 PM in the Kingsport City Hall Council Room. The BMA is scheduled to vote on money to fund the renovation of Douglass High School. MORE ABOUT THAT IN A SEPARATE POSTING!
Posted by douglassriverview at 10:26 AM