‘Financially to commit to the nonprofit center is not the best choice for us at the time.’ — Luke Bell 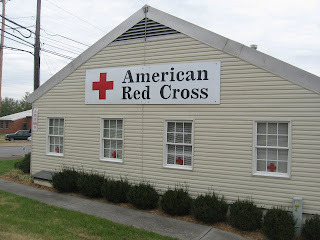 
KINGSPORT — A decision by the American Red Cross to not relocate its Kingsport office to the city’s new nonprofit center will not kill the project, but it may scale back its size, a city official said Tuesday.
Kingsport is planning an $8.7 million renovation and expansion project at the V.O. Dobbins Community Center. Construction is expected to begin in the late fall and take approximately 18 months to complete.
The project calls for demolishing 13,600 square feet of the existing building, renovating the remaining 46,000 square feet, and adding just over 50,000 square feet of new space — 30,900 of which will be a new nonprofit center.
“We were presented with a draft lease, and our board met on May 19 to review it. At that point, we really looked at the utilization of our resources.. Financially to commit to the nonprofit center is not the best choice for us at the time,” Luke Bell of the Red Cross said. “Donations are not as strong as we would like them to be to make a large commitment to move into the nonprofit center.” 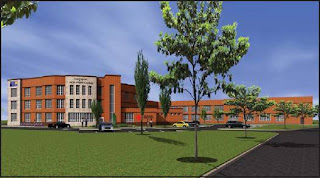 The Red Cross’ lease would have been $45,000 a year, and conceptual plans had the agency taking up the entire first floor (12,900 square feet) of the three-story nonprofit center. In fact, Red Cross officials had met with city officials and architects about their space needs. McCartt said the architects designed the first floor based on comments from the Red Cross.
Last week, Chris McCartt, assistant to the city manager, gave a presentation to the Board of Mayor and Aldermen on the project and said several nonprofit organizations were committed to relocating to the nonprofit center, including the American Red Cross.
After McCartt’s presentation that day, the board of directors for the American Red Cross of Northeast Tennessee voted unanimously not to commit to the city’s offer at this time, according to Bell, chairman of the board of directors.
Bell said the Red Cross drafted a letter of support for the concept of a nonprofit center, but the organization never gave the city an official commitment. 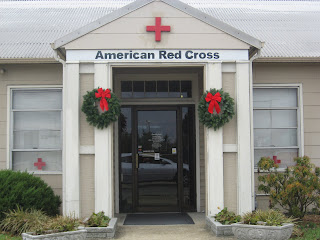 “We had put together a design for them to go in there,” McCartt said. “They continued to give us the assurance they were going to go in there. They were a key player all the way up to my presentation to the BMA on May 19.”
McCartt said the city hopes the Red Cross will reconsider, but adds the decision by the agency will not jeopardize the project in any way. McCartt said he knows of a couple of smaller nonprofits that are interested in relocating to the nonprofit center.
“We feel like we can make modifications if we have to, to still build the site. At the same time we feel fairly confident we have other tenants that can go in there to fill the space,” McCartt said, adding the city could build the center as proposed, or look at scaling it back. “Potentially we could (scale it back). We’re going to be sitting down with the architects and looking at that as we look at the path forward and decide what the best option is. We’re several weeks away from making that decision.”
If the Red Cross is financially able to move into the nonprofit center, Bell said that is something the board would entertain investigating.
“I’m not certain it would be in our best interest for our service delivery needs,” Bell said.
The American Red Cross office is located on Wilcox Drive and has been there since at least the early 1960s. Bell said the agency is in need of a new facility due to space needs and the age of its current facility.
Other organizations committed to the nonprofit center include the United Way, American Legion and the Upper East Tennessee Human Development Agency. In addition, Kingsport is allocating space, computers and furniture for the nonprofit Douglass Alumni Association and the Sons and Daughters of Douglass Web site, free of charge.
The V.O. Dobbins Center is a city-owned community center located between Louis and Wheatley streets in Riverview. The building served as Kingsport’s “blacks only” school from 1951 to 1966.
For more information on the facility, go to www.sonsanddaughtersofdouglass.org.
Posted by douglassriverview at 10:21 AM