The City of Kingsport’s Cultural Arts Division is celebrating Black History Month with a weekend of African-American music, workshops and art around the Model City as part of its Art Nights/City Lights series. 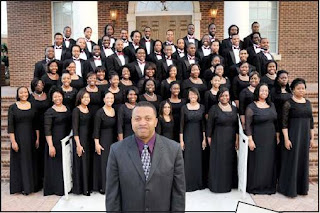 The Claflin University Concert Choir will kick things off at 7:30 p.m., Friday with a concert at Eastman’s Toy F. Reid Employee Center.
Tickets are $10 and can be purchased by calling (423) 392-8417 or online at www.KingsportArts.org. Discounts are available for groups of 10 or more.
Founded in 1869 in Orangeburg, S.C., Claflin University is an independent, liberal arts, co-educational, historically black institution affiliated with the United Methodist Church. The 50-voice mixed chorus Claflin University Concert Choir is one of the largest and most active ensembles on campus and is dedicated to performing the finest choral music of both classical & contemporary composers. It is the primary vocal ensemble of the university’s music department and is comprised of both music majors and non-music students.
The concert choir tours extensively throughout the year. Members traveled to China in 2008 to participate in a choral tribute to the Beijing Summer Olympic Games, and in 2009, on their return from a national tour, they made a stop in Kingsport for a performance at First Broad Street United Methodist Church.

In addition to Friday’s concert, the choir will participate in a free youth workshop from noon to 3 p.m., Saturday as part of a day full of Black History Month workshops aimed at school-age children to be held at the Kingsport Renaissance Center.
“We’ll have traditional African dress and food as well as opportunities to explore drama, dance, drumming,” said Stella Robinette, the event’s chairwoman.
The celebration starts at noon and continues through 6 p.m. on the Renaissance Center’s second and third floors and in the theatre. 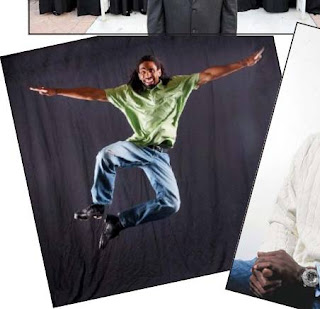 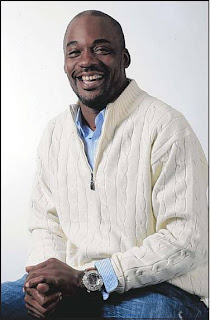 Step Instructor Xavier Hall, a 1992 graduate of Dobyns-Bennett High School who has been been touring the country with a troupe of comedians featured on BET’s “ComicView”; D-B graduate Starr Releford, an actor with the Carpetbag Theater and Wordplayers in Knoxville who is returning home to teach drama; and Gerrie Harrison, who will prepare traditional African foods for sampling.
A display of African-American art in a variety of media is on display in the Renaissance Center’s Atrium Gallery throughout the month of February.
Posted by douglassriverview at 10:49 AM