Riverview Kids: "Take PRIDE in How You Use the Computer Usage"

It's all about P-R-I-D-E in the use of the computer.

That's the message to the youth of Riverview, as they learned new, positive ways to use personal computers. These are kids from within South Central Kingsport. Some of them are DEFY (Drug Education For Youth) kids, some are New Vision Youth kids, others are just from the Riverview Neighborhood.

All of them on a mission. A mission of learning. And they're learning from an expert. 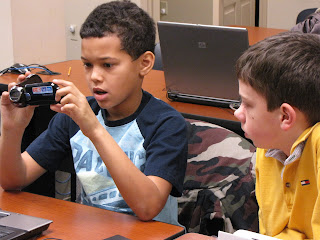 "We're having the kids shoot videos, of their friends, and in some cases their enemies," says Dr. Primus Tillman. He's the professor of digital media at East Tennessee State University.

To view a slideshow of the kids learning the video camera assignment, please click here.

"It's all about having pride in their community," says Dr. Tillman. "They really get to see their neighborhood, the people, the way things look in the eyes of a camera, which is different than the way we SEE them." 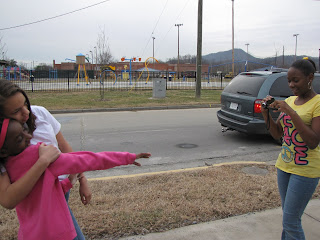 "In this instance, with this assignment," he says, "they learn how to shoot video, they learn how to edit video, how to sound video.. how to put something decent about themselves, their community and their point of view, into something others can experience."

"It's a mind-expansion kind of thing," says Dr. Tillman. "This experience opens up their minds past what they see on TV, and it puts everyday activities up for viewing. It makes school even more important to them because now they'll have a skill-set.. it plans them for college. Rather than just USE the telephone, cellphone, blackberry all the time, they're learning that there's more to technology than what they've seen." 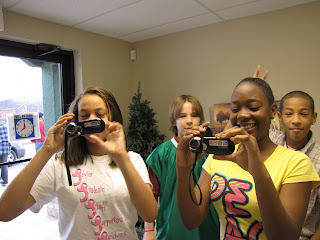 Dr. Tillman's project for the kids, is part of Project Safe Neighborhood, a program of Kingsport's Weed & Seed initiative in the Riverview-South Central Kingsport community.

"Part of the Project Safe Neighborhood project, is that our kids find other, more productive uses for the computer," says Weed & Seed coordinator Mary Alexander, "and part of that are the positive things you can do with a camera. The kids will get to use the camera, let them make a history of South Central Kingsport.. put it on DVD, put it on Power Point and be able to present it. Instead of using the computer for Facebook, MySpace and the other social networking sites, here is something productive. It doesn't mean that they won't go on those sites anyway, but at least we can broaden their minds and their choices to other, more constructive things." 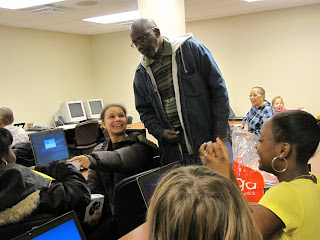 "I was very impressed with Primus," says Mrs. Alexander, although she refers to him as "Promise." "Normally he teaches college-age students, who already have a lot of knowledge. At first, I was concerned with him being able to 'break it down' to the level of elementary school kids, but he did it wonderfully.. he's a jewel, and these kids love him."

"They're having a ball doing this project, and he's going to show them how to do all these positive things with a camera." 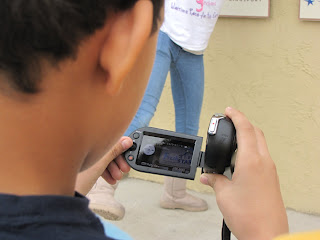 "When the kids get finished," Dr. Tillman says, "we'll put their videos up on YouTube, so the community can see them. I'll probably create a DVD out of it to pass around, maybe start a page on YouTube called 'Weed & Seed Kingsport,' and one on Facebook. If they're going to go to those sites, they'll have something positive and worthwhile to show about their community, what it is, and how it's doing. They can meet other kids in Russia and China, all over the universe, and those kids over there can actually see what's in South Central Kingsport, from a kid's point of view." 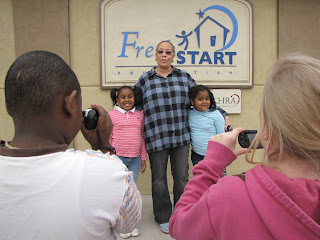 "Again, it's all about P-R-I-D-E," he says. "At the same time, using a camera and getting familiar with it, sets them up for my classes. They'll already be ready. This is the kinds of projects I give my college students...go out and use their ideas, learn how to use a camera effectively to positive express themselves."

"They'll put something together that they're proud of," says Mrs. Alexander. "Something that they can show their friends, their parents, their classmates, their teachers. When the time comes in life that they'll need these positive skills from a computer, they'll not be afraid to use them."
Posted by douglassriverview at 9:43 PM